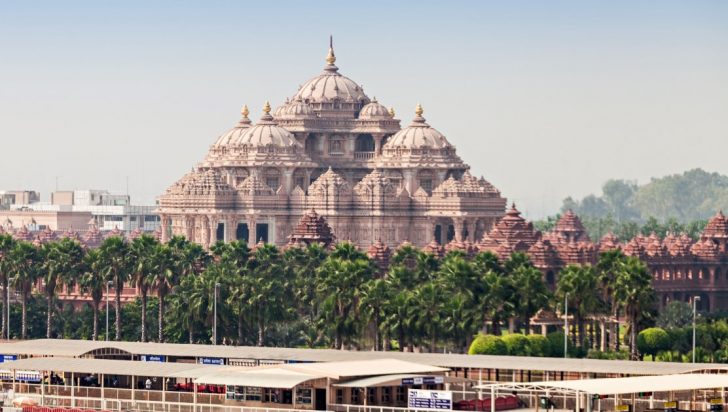 Being India’s capital city where all the branches of the Government of India are settled, Delhi is a large metropolis full of interesting arts, commerce, education and entertainment facilities that attract tourists and make tourism even more developed.

Taking into consideration the fact that it is one of the oldest cities in the world, its historical background is enough to make it the seeking destinations for all people interested in the past and eager to explore the history.

It is often said that Delhi is the city where even experienced travelers have problems to handle it and it often leaves a bad impression of India if visiting for the first time.

If we take into account the safety index of the city, which is just 45, it can be said that Delhi is a very dangerous city in terms of criminal acts. People who visit Delhi for the first time might become easy prey for experienced thieves and this usually affects their overall image of India.

You need to be very careful if you decide to drive in Delhi since driving is very frantic and dangerous. In case you rent a motorcycle, never forget to use a helmet. Getting around Delhi can be difficult even for the experienced tourist. The best way to travel around the city is by using the metro, with a special compartment for women. It is prohibited to carry alcohol in Delhi metro and after a security check all lighters, matches, and alcohol are confiscated.

Pickpockets usually operate in Delhi, and that is a real problem that authorities are trying to fight against. To feel safe in Delhi, be careful when in public transport and around the sights, which are the main hubs of bag snatchers and thieves.

Natural disasters are very frequent in India and earthquakes and flooding often occur. Delhi is also prone to fires and wind storms.

The best thing about Delhi is that the risk of being kidnapped is at the lowest level and it can be said that there is no possibility that this kind of criminal activity happens to tourists. Mugging is not frequent but can occur sometimes.

The level of terrorist risk in India is at a very high level as some numerous individuals and groups are against Western activities. Tourists can be affected if happen to be at the place where the attack occurs.

Taxi drivers are usually very fond of taking advantage of tourists that do not know the city so they turn on a fast taxi meter or tour them around the city. To avoid that, take only official taxis. There have been some reports that unlicensed taxis took people to the wrong hotel. Unfortunately, Delhi has a lot of beggars and so tourists should remain watchful of those people trying to help them.

This is the city where female travelers are not advised to come alone since sexual assaults might happen. The first car in trains is designed for women, so it is safe to travel via metro. In order not to attract unwanted individuals, women should dress conservatively.

So... How Safe Is Delhi Really?

Delhi is a very dangerous city that might leave a bad impression on travelers that come to India for the first time.

Some travel guides advise tourists to visit some other Indian cities before they come to Delhi.

Even though you will not be the victim of kidnapping or mugging, all the other risks are at the highest level in Delhi.

You should not believe the taxi drivers.

The level of crimes is high in Delhi, though foreigners rarely become victims.

Be ready to face theft, armed robbery, and harassment.

Make sure you do not accidentally come to G.B Road where more than 3,500 women work as prostitutes, which is illegal in India.

Being the 28th most visited city in the world, Delhi belongs to some of the top tourist destinations, and it is well worth visiting, despite all the possible risks.

How Does Delhi Compare?