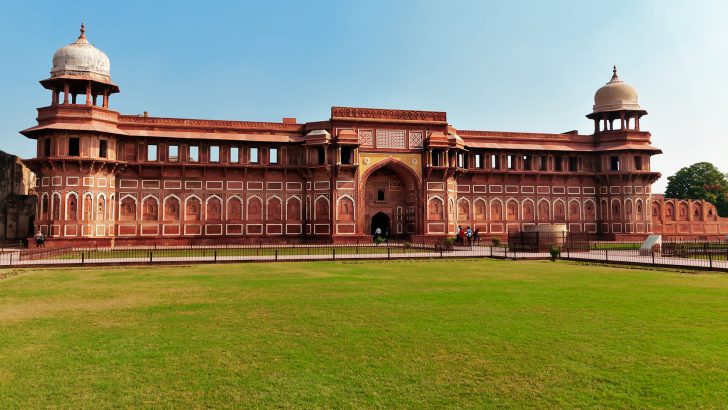 Agra, a wonderful place on the Yamuna River, founded by Badal Singh in 1475, is full of historic sights, monuments, and landmarks related to the city’s tradition and culture.

Nowadays, Agra developed into a center of art, culture, knowledge, and business, as well as into a well-visited tourist destination.

Besides being famous for three sites that are under the protection of UNESCO – Taj Mahal, an immense mausoleum of white marble, Agra Fort, built from red sandstone and the Fatehpur Sikri, Agra is also filled with other attractions like Itmad-Ud-Daulah’s Tomb, Balkeshwar Temple and Sikandra where the tomb of Akbar lies.

The level of crime in Agra is moderate and it can be considered safe for tourists, but only if they are experienced and know how to act properly when in the city full of most common types of crime, like theft, armed robbery, and rapes. If they do not remain vigilant and watchful, there can be serious consequences.

Taxi drivers do not switch on the taxi meters and often increase the real price of the ride. They even make stops along the way at shops for which they get commissions. The public transport is dangerous in terms of pickpockets, so you should remain attentive, particularly on night trains and buses. The traffic is chaotic, so if you rent a motorcycle, be very careful and always put on a helmet. No cars are allowed near the Taj Mahal, so the best solution is tongas, electric buses, and electric tempos.

Public transportation and main tourist destinations are the hubs of pickpockets and thieves, and that is a huge problem in Agra. The presence of a large number of tourists makes it even easier to attack. Tourists need to keep an eye on their passport and luggage, as well as handbags.

Many natural disasters often happen in India, so tourists need to follow the advice in case they happen to be there during heavy monsoon rains, flooding, cyclones, and tropical storms and earthquakes.

The good thing in Agra is the absence of the possibility of being kidnapped or mugged. Tourists can feel safe when this kind of crime is in question.

The possibility of a terrorist attack is on a very high level taking into account the fact that Anti-Western terrorist groups are active in India and tourists are the targets. India has been the place of several attacks by Muslim terrorists in the recent history and the religious sites, markets and beaches visited by the British tourists are the main targets.

Scams are typical for India and the risk of being scammed is at a high level. Tourists should avoid traveling alone on public transport, taxis or auto-rickshaws, particularly at night. The best solution is to use pre-paid taxis at airports, since there have been reports of tourists becoming the victims of a scam by taxi drivers, and the drivers were even violent when the tourists have refused to pay.

India is a dangerous country when female travelers are concerned. There have been various reports of sexual assault against women, especially European, as well as the verbal and physical harassment by Indian men.

So... How Safe Is Agra Really?

Taking into consideration that it is a home of one of the Seven Wonders of the World, Agra is a tourist destination that needs to be on your agenda, if you ever decide to visit India.

The city is full of monuments and landmarks that will amaze every traveler.

However, the more tourists, the more chances for pickpockets and scammers.

You should stay away from possible protests, gatherings, and crowds and be aware of all potential dangers.

Car and motorbike accidents are one of the biggest causes of injury, so avoid driving and pay attention when crossing the street as a pedestrian, since traffic conditions are chaotic.

How Does Agra Compare?