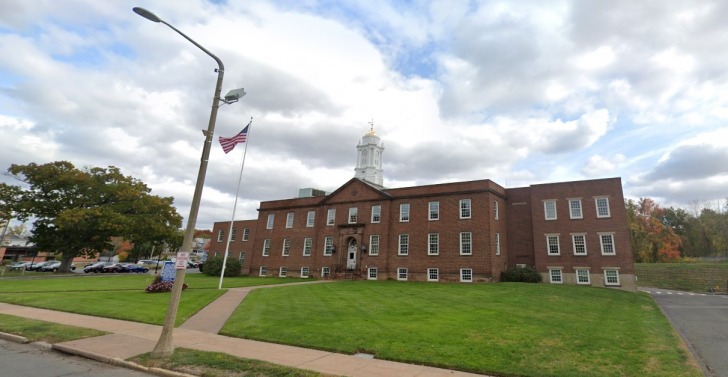 It’s not easy being in East Hartford, Connecticut.

It’s right across the Connecticut River from the state capital of Hartford, sometimes ranked as one of the most dangerous in the state.

It fails in comparison rankings to West Hartford, which is listed as the best place to live in Connecticut.

As much as I, as an investigative journalist, question both of the other rankings, I can tell you that East Hartford is probably perfectly positioned in the middle of the best and worst cities in the state.

It’s just really average in a lot of ways.

There’s not “nothing” to do, but there’s also not a lot to do for tourists.

Its location couldn’t be better for those who want to explore bigger cities, as Boston and New York City are equal distances away in opposite directions.

It’s known as the “Crossroads of New England” and the highway interchange on the west side of town looks more like a Rorschach Test.

Downtown Main Street has a historic district, but it’s not an idyllic area with shops and dining lined along the streets as other Connecticut communities have.

The city has just four hotels, forcing tourists (and their money) into other parts of the metro area.

You are not unwelcome here, you are just not really entertained while you’re here.

The shining gem of East Hartford is the recently renamed Pratt & Whitney Stadium at Rentschler field where UCONN plays football, so game days are going to bring large crowds to this area.

There's a medium overall risk here, but there are highs and lows in the crime numbers. In 2021, theft went up more than 40%. Crime rates overall hit a 5-year high. Yet violent crime is below the state and national average.

CTtransit and CTrail are options in East Hartford. There are also Amtrak, Grayhound, and Peter Pan motorcoach services to bigger cities. Locally, you can get taxis and rideshares. Because of the rise in petty crimes, I'm going to call this a medium risk, and that's backed up by some recent crimes on the CT Transit busses near the Hartford area.

By the numbers for the past few years, there's a low risk. Just one pickpocket was reported and the thief only got away with $1. My educated guess is that pickpocketing is low because there aren't large gathering places where it would be easy to pick a pocket. Thieves here would rather wait for you to leave your car unlocked and then have a field day.

As far as big natural disasters go, there's a low risk. However, there is extreme weather here in the winter with a lot of snow and bitter cold. The warmer months can get thunderstorms. There's a low, but not zero, risk of tornadoes here. The state averages one per year and there are mostly smaller tornadoes when they do hit.

In 2021, robbery thefts went down by 10 incidents in 2021, leaving just 27 cases. Outside of the downtown corridor, there's a low risk, but watch your back when you're downtown.

There's a medium risk only because of the large population center in and around East Hartford. The city itself isn't a target.

There are a lot of scams in East Hartford, enough to warrant a Fraud Hotline, but there isn't a risk against tourists. That fraud hotline is (855)372-8345 in case you are approached by a scam artist.

There's a medium risk for women here just because of the increasing crime rates and thefts. There were also 34 rapes in the city, which is 42% above the national average. Women should try to stay on the east side of the city and avoid the downtown area at night if traveling alone.

The latest water quality report shows that The Metropolitan District (water utility) was in compliance with all requirements at the state and federal level.

The Great River Park downtown is a safe place to visit during the day.

There is a two-mile walking path among 35 acres of the riverside park.

You will also get amazing views of the Hartford skyline.

There is fishing and boating here as well.

Concerts are held here in the summer at the amphitheater and fall brings beautiful foliage color changes.

The East Coast Greenway goes from Maine to Florida, and part of it goes right through East Hartford.

It starts at the River Park Trail downtown, as do the trails along the Hockanum River.

Wickham Park on the other side of town boasts beautiful floral displays from just about every global region you can think of – Scottish, English, Irish, Oriental, and Italian.

You can get a guided tour or grab a map and explore on your own.

One of the benefits of visiting Connecticut is to hear about the history dating back to the 1600s.

Stop by the Historical Society of East Hartford where three well-preserved buildings are available for tours.

You can also learn more about the downtown historic district, so you’ll be safer than just driving around aimlessly.

Pratt & Whitney is a global name in aviation and it’s headquartered in East Hartford.

There is a museum where you can get an up-close look at the engines that power planes worldwide.

The pandemic caused the museum hours to shift around a lot, so check the hours before your visit to make sure you don’t miss this really cool attraction.

Places to Avoid in East Hartford

The closer you get to Manchester on the east, Glastonbury to the south, and South Windsor to the north, the safer you’ll be.

Crime maps show a large chunk of downtown and along I-84 are the highest crime areas.

There are a lot of car break-ins and car thefts in East Hartford.

What I’ll never understand is why people leave their cars running and unlocked with the keys inside.

That’s what East Hartford Police say is behind a recent rash of car break-ins in the early spring of 2022.

Yes, it’s cold outside in the winter and you want a warm car.

Do you know what’s worse than a cold car?

Standing in the cold with a police officer filing a break-in report and then having to get a broken window fixed on vacation.

You just need to avoid doing anything that will draw attention to your car.

I once went on a trip to an area of Florida that had a high break-in theft.

I made sure my rental car was an older mini-van model that was about the least interesting thing in any parking lot.

I always have a ” car bag” when I travel, so I can just throw everything I need in the car into the bag and carry it in and out with me.

I won’t even leave the charger plugged into the car because that has value for someone out there.

So... How Safe Is East Hartford Really?

Connecticut gets a reputation for being all rich communities with oak-tree-lined streets and happy families waving at each other.

It’s a working-class city struggling to pay the bills.

The opioid crisis has hit Connecticut as much as any other state, and both Hartford and East Hartford are lower-income, higher-poverty areas more prone to drug and gang violence.

Here are the chances of being a victim of crime in East Hartford:

That means we can’t just write off violent crime as something that happens between friends, significant others, families, and drug circles here.

The largest category of thefts was shoplifting – something that won’t affect tourists.

If you could stay anywhere in the Hartford area, you should pick West Hartford.

It’s safer, has a higher income base, and has fewer people living in poverty.

There’s also a lot more to do there.

How Does East Hartford Compare?