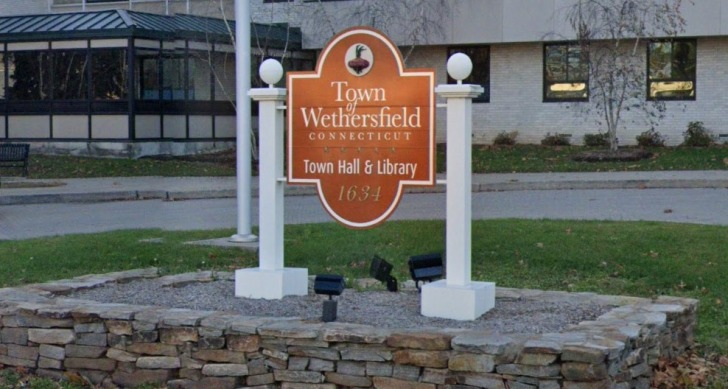 Wethersfield, Connecticut has a lot of this country’s “firsts”.

It was among the first cities in Connecticut and it has the largest historic district in the state.

The stories of fact and folklore are intriguing in this small town of just 27,000.

It was founded in 1634 but still carries the motto “Ye Most Ancient Towne.”

It sits just south of Hartford and the east side rests on the banks of the Connecticut River.

In its 13 square miles, it holds more than 150 historic buildings, still preserved with the charm and elegance of the 1600s.

Wethersfield has a sordid past as well, being the home of witch trials long before Salem, Mass., even got around to suspecting people of witchcraft.

It’s also home to the country’s first mass suicide murder, a tragic story, but true-crime lovers will be intrigued by the story that leads to the massacre.

It makes for a perfect Connecticut getaway because it’s a quiet bedroom community but close to a big city, offering excitement when you need it and a good night’s rest when you’re done.

It’s also much safer than several communities in the Hartford area.

There's a low overall risk here, especially compared to nearby Hartford and East Hartford. This is a small community rooted in history and pride. While there's not a lot to do here, there are also not a lot of risks.

CT Transit is the bus service that goes through Wethersfield and many other nearby communities. To get around town, a taxi or rideshare is available. Having a car here would be a benefit, however. All options come with low risk.

You can rest assured there's a low risk of a pickpocket or purse snatching here. None were reported in 2020. While you should never let your guard down, there just aren't enough busy places in Wethersfield to feel like you need a death grip on your purse.

The two biggest concerns are also just part of life in Connecticut. One is hurricanes or the remnants of tropical storms that come inland from June through November. The other is winter, where more than three feet of snowfalls throughout the season on average each year. There's a low risk of a serious disaster, however, because these storms are predicted well ahead of time and there are incredible emergency management plans to keep people safe.

With just 17 robberies and only one of them in a public place, there's a low risk for tourists. What's more? The place you are normally most likely to get robbed in any city isn't the most likely place here. We'll go through that in detail a little later on.

While Wethersfield itself wouldn't be a hard target for terrorists, this high population area in the New York, Connecticut, Rhode Island, and Massachusetts area is medium risk. Terrorists just love to find places that would have a large population impact.

There are some phone and email scams here, and one was reported at the DMV, but no scams that would impact tourists. There's a low risk.

Women shouldn't feel unsafe here. There's a low risk of anything happening, but there are definitely some spooky sites after dark just due to all the historic buildings and streets that aren't lit as bright as other cities.

The tap water here is safe to drink and there's a low risk that comes with using it. No violations were found in the 2020 Annual Water Quality report and any elements in the water met required standards at state and federal levels.

Safest Places to Visit in Wethersfield

This is a town that loves to talk about its history.

Throughout the warmer months, you can get guided tours around the historic district or wander it solo.

The Keeney Cultural Center hosts plays and discussions about the history and it’s worth checking the schedule during your visit.

You can even take a bus tour if you’d rather avoid walking a lot.

For another slice of history, visit the Webb-Sean-Steves Museum.

One ticket gets you into the museum and three historical houses from the 1600s.

You can also get a look at the amazing gardens of years gone by.

There are 15 gardens at historic homes in the area, and the historical society has a list on its website.

A farmer’s market takes over the historic district every Thursday in the summer.

Cove Park is the place for boating enthusiasts to see the yachts coming in and out of the harbor.

There’s also a “beach” along the river for some sunning with the Hartford skyline in the distance.

Cedar Hill Cemetery is the final resting place for famed actress Katharine Hepburn, but it’s not a big monument – just a simple plaque on the ground.

More than 35,000 people are buried in this massive cemetery.

Places to Avoid in Wethersfield

What’s really interesting about the crime statistics here is that the lowest crime rates are reported in the historic part of the city.

You’d think, with it being the busiest area, there would be more crime there, right?

The highest crime area is along the Wilbur Cross Highway on the north side of town where it meets with the Hartford city line.

It’s worth noting that while there are higher crime numbers in the northwest, this is still a city with relatively low crime numbers overall.

You don’t need to avoid that area, but honestly, there’s not a lot to do in that part of town anyway, unless you want to see the cemetery.

There are some tragic stories in Wethersfield.

For example, John Beadle was once a prominent businessman in this area during the 1770s.

He even donated a large amount of money to Boston after the infamous Tea Party shut down the port.

He tried to financially do the right thing when a currency change happened and ended up going mad when he went broke because of it.

Feeling like he couldn’t provide for his family and didn’t want them to suffer the pain of being poor, he slit all their throats and then shot himself.

If you have kiddos who might not want to hear this kind of story on the historical tours, please let your guide know.

The first confession of witchcraft was made in Wethersfield, starting a witchhunt that led to the executions of 16 people.

The stories of witchcraft aren’t documented well, so some of the stories are fables and others are just a few pieces of information that exist.

This could be scary for little ones too.

Safety Tips for Traveling to Wethersfield

So... How Safe Is Wethersfield Really?

The violent crime rate is well below the Connecticut average and just a third of the national average.

33 violent crimes were reported in 2020 and eight of those were against strangers.

There were no homicides in the city and there have only been two since 2010.

The 392 larcenies seem like a large number and are actually above the national average, but almost half the thefts were shoplifting and another 150 were thefts from cars.

When you take those out of the equation, there’s just one in 392 risks of being a theft victim.

When the biggest risk in a town is your car getting broken into, that town is doing a pretty good job of protecting its people.

Many of the car thefts come from people leaving doors unlocked, windows down, keys inside, or leaving the car alone to warm up on a cold winter’s day.

I can’t emphasize this enough – the crime statistics change when you go into Hartford.

It’s a whole different world with much bigger dangers.

Please research that city before visiting.

How Does Wethersfield Compare?