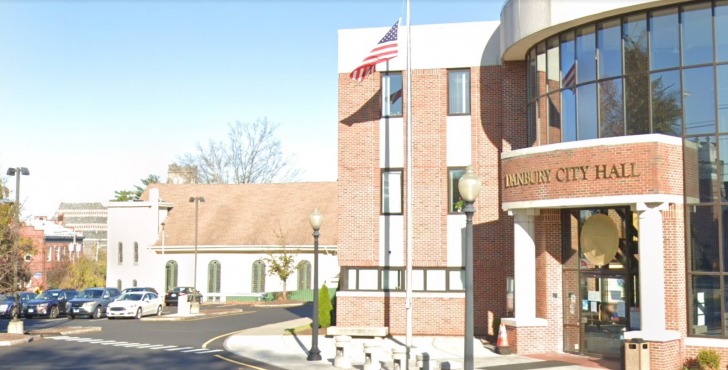 Tip your hat to the Connecticut inland community of Danbury.

From a near-perfect city to a poisonous past, there’s a lot to unpack in this seemingly quaint city.

This city was once the fashion plate of American hat-making and was known as “Hat City.”

At one point, there was a one in four chance your hat came from Danbury.

What wasn’t known, or at least wasn’t talked about, was the amount of poisonous mercury being dumped into the rivers, and traces of the toxic element can still be found in the land today.

As the hat industry bowed out in the 1980s, Danbury had still become a fine city in its own right.

It has been on the prestigious list of USA Today’s Best Cities.

It sits along the New York border and is a perfect blend of history, suburban area, and outdoor adventure.

There’s even a castle or two here and there throughout Danbury.

The only hotels you’ll find in Danbury are along the interstate routes in and out of town, and to give a hint of what’s ahead, the safest place to book your hotel is anywhere but the southeast section of the city just off the interstate.

For some reason, I cannot hear the word Danbury without saying it with an English accent, so I’m reading this all in my head as a bloke (blokette?) from London.

Join along if you are so inclined.

There's a low overall risk here. The crime numbers are low and the community pride is high. You also don't get the limitations like in the extraordinarily wealthy side of the state that keeps visitors from getting the full city experience.

You have the HARTransit to get around Danbury but it also takes you to Bethel. You have a stop on the Metro-North train to New York City as well, which is just 50 miles away. There are taxi and rideshare options. All of these come with low risk.

You've got a low risk of being a pickpocket victim with none reported in 2020. There were 643 thefts reported of various kinds, but here's a fun fact - the average money obtained from a single theft was $3. Not a typo. $3.

Normally I'd call this area a low risk, but let me explain my thinking in labeling it a medium risk. There are a bunch of natural events that can happen here, running the gamut from extreme cold to earthquakes to hurricanes to tornadoes. However, none is an overwhelming risk yearly. There are just a lot of events to possibly be prepared for, not that one thing that hits every season like clockwork, as in some more tornado-prone places. I urge you to explore the "Disasters and Emergencies" section of the city's website to get a handle on all the events that can, but most likely won't, happen.

There were just 40 robberies in this city of nearly 87,000 people, and 16 of them were robberies against people in public. So there's a low risk, but be aware if there's a robbery that does happen - it's more likely to be in a public place.

Given its proximity to New York City and other large Eastern Seaboard cities, there's a medium risk here. That's also covered in the "Disasters & Emergencies" section of the city website.

There's a low risk of a tourist being scammed as the most reported scams and warnings are connected to residents getting emails or phone calls that lead to scams.

While nine rapes are still nine too many, there's a low risk for women here. This is a more suburban-type town with little risk of a big nightlife scene (which doesn't exist) or bad parts of town (which you can easily avoid).

The tap water meets or exceeds all standards in the latest water quality report. You might be a little scared of tap water after reading all the stories about mercury contamination in the land and water, but the city has taken impressive steps to keep that danger out of the water people consume.

Safest Places to Visit in Danbury

This is a city that knows how to make parks more attractive to tourists.

The city has 20 parks ranging in size from one acre to more than 700 acres.

Some, like Terrywile Park, have historic buildings on the park property and the remains of a stone castle.

Bear Mountain Reservation is more like exploring the wilderness than a park with a historic stone overlook.

Candlewood Town Park is the closest thing to a beach you can get in an inland community.

You could spend a week just exploring the parks.

The Danbury Rail Museum is a throwback to the height of train travel popularity in the early 1900s.

Admission here is just $7 and that’s the same for everyone, residents, and non-residents.

At the Danbury Museum, you can select one of the guided tours of the historic areas in the city, or you can do a self-guided tour.

Some of the events here require booking and others don’t.

Check ahead before you go to see if you’ll need to reserve a spot in this historic adventure.

Nearby Bethel (just 3 miles away) offers another glimpse into history at the Greenwood Avenue Historic District.

Danbury Fair is the traditional American Mall, and it sits on the land that once hosted the Danbury Fair.

Places to Avoid in Danbury

Looking at the crime maps, the areas east of Highway 53 (Main Street) and south of I-84 have the highest crime rates.

The rest of the city has extremely low crime.

Even the areas with more crime are still relatively safe, as this community hasn’t had more than 10 murders in the past decade.

Unless you are coming to or from dinner, there’s not much of a reason to be out at night.

You might be quite bored after 9 pm, to be honest.

Avoid going into the wilderness or into local waters without letting someone know where you are going and when you’ll be back.

Even on a warm spring day, the water of a pond or river might still be brutally cold from the winter, which can cause hypothermia.

Safety Tips for Traveling to Danbury

So... How Safe Is Danbury Really?

I could razzle and dazzle you with all the safety numbers (ok, I probably will), but you need to know this is a safe city.

There are not-so-safe parts of the state and some extremely safe parts.

There’s a one in 882 chance of being a victim of a violent crime.

34 of the 100 violent crimes were crimes against strangers.

The theft rate is one in 134, which is so much lower than many cities I’ve researched, with numbers closer to an average of one in 50.

Danbury is also below the Connecticut state average in violent and property crime.

It is well below any national level as well.

This is a safe city, but to be entertained while you’re here, you’ll need to love the outdoors or history.

Otherwise, you might get a little bored and be eyeing that Metro-North line to New York City’s Grand Central Station.

How Does Danbury Compare?