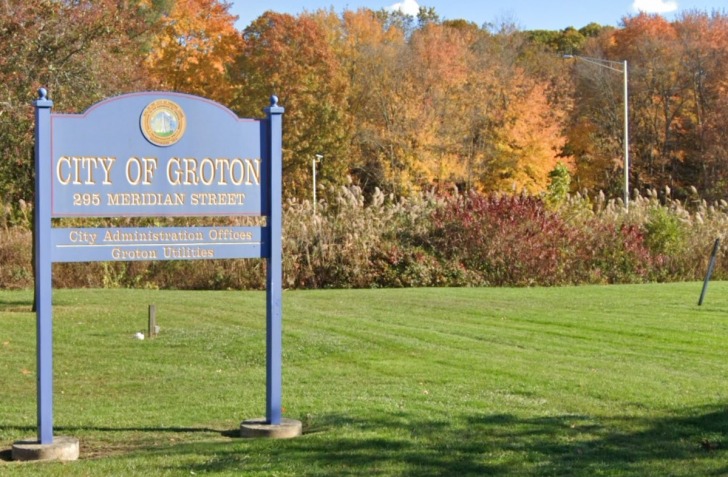 The seaside community of Groton, Connecticut, is filled with community attractions for a more relaxed vacation vibe, but it’s also close to some of the many attractions that bring tourists there worldwide.

Groton (pronounced like Rotten but with a G at the beginning) is home to several Navy historical sites and museums while offering the only public golf course of its kind in the entire state.

What Groton brings that some other Connecticut communities don’t is a sense of inclusion.

There’s not an “us” vs “them” mentality here.

Everyone is welcome and there really is a little something for everyone.

Some of the best medical advances are being developed here at Pfizer while the submarines for the U.S. Navy are being made portside.

Groton is a place where you can sip a morning cup of coffee while strolling the marina boardwalk.

You can get in 18 holes throughout the year, assuming you can handle golfing in the cold.

There’s even a bike trail to take you to the magical town of Mystic, just seven miles away, with many more activities for the wandering tourist.

There's a low overall risk. Crime rates are low and crimes against strangers are even lower. This city does have its fair share of tourist attractions, but it's really a working-class town with a lot of hometown pride.

The local bus system is called Southeast Area Transit (SEAT) and offers rides around town and to several neighboring cities. There are taxis and rideshares, plus some ferry services to the lighthouse and nearby ports.

There was just one theft reported against a stranger in 2020, so there's a low risk of being pickpocketed. You still want to practice good safety measures and, if you can, put the wallet in your front pocket so it's not tempting in that back pocket.

Hurricanes, storm surges, flooding, and winter storms are the biggest concerns here. While this isn't the most hurricane-prone part of the seaboard, there's still a chance every June through November. There's a low risk, but if you're not used to that kind of weather, review the emergency management plan on the town's website.

There was just one robbery in 2020 and that was at a convenience store, so you've got a low risk of getting mugged here.

Given the presence of the Naval Submarine Base here, it's medium risk. Military installations are always considered potential hard targets.

There's a low risk of getting scammed here and the typical scams against locals are the big ones in Groton. There's a scams section on the city website to keep up with the most recent scams, but right now there is just a very general list of nationwide scams.

Women are safe to visit here as there's a low risk of any kind of crime happening. Of course, that doesn't mean letting your guard down and it's not really a city with a lot of nightlife, so don't wander around dockside at night - just to be safe.

Groton Utilities announced in the Annual 2020 Water Quality Report that the tap water meets or exceeds all requirements and there were no violations of contaminant levels in the water.

Safest Places to Visit in Groton

While it wasn’t safe to go here in 1781, you can walk in the Revolutionary War steps of Benedict Arnold at the Fort Griswold Battlefield State Park.

88 people were massacred at this site and the house that helped the wounded still stands.

In the summer, you can take a Thames River Heritage Park Water Taxi to the park.

The Submarine Force Library and Museum is a great place to see the history and future of submarine technology.

This is a free attraction for the whole family.

You can take a self-guided tour of the NAUTILUS sub.

One word of caution – don’t climb the rocks on the shore of the museum.

You might get an unwelcome visit from Homeland Security as it’s defending the Naval Submarine Base.

The Noank Shipward and Seaport Marine is a great place for boat envy.

You’ll see boats and yachts of all sizes sitting in the harbor.

This is also where you can sign up for a variety of cruise tours throughout the region.

If you really want to have some fun, you can book a Tiki Bar cruise where you’re literally at a Tiki Bar floating on the water.

Bluff Point State Park is a great place to ride a bike or go for a long walk with fascinating views of the Long Island Sound.

There’s a bike path here that will take you into the city of Mystic.

If you go to the Avery Point Lighthouse, on the campus of the University of Connecticut – Avery Point, you’ll see several lighthouses on the horizon as well.

Golfers will love the “no membership required” Shennecossett Golf Course, which is open year-round and is one of the only golf spots in the region where you don’t need to pay a hefty membership fee to do so much as see the greens.

Places to Avoid in Groton

The southeast part of town, south of I-95, is the area with the most crime, according to crime maps of 2020 data.

Considering there have been only three homicides in this town since 2010, it’s unfair to say any part of town is dangerous.

You will need to make sure, as mentioned above, you are never in the security zone of the Naval Submarine Base.

Given the terrorism risk we discussed above as well, security is very strict in this area and you’ll know as soon as you set foot in the wrong place.

If you want to do a lot of outdoor activities, you might want to avoid visiting in the winter as some of the attractions either have very limited hours in the winter or aren’t operating at all.

Safety Tips for Traveling to Groton

So... How Safe Is Groton Really?

This city is safer than most Connecticut cities and far below the national average.

The closer you get to the Mystic section of town, the more crime you might encounter, as Mystic has much more nightlife and a more rowdy crowd.

Just one violent crime and one theft were against a stranger in Groton (the town) in 2020.

Many of the few crimes that do happen here are domestic in nature.

It’s a fierce military town and people are pretty straight and narrow.

Again, with just three murders reported in more than a decade, there’s really no argument for crime concerns in Groton.

As long as you practice the common-sense safety steps you already know, you should feel more than safe in this seaside community.

How Does Groton Compare?