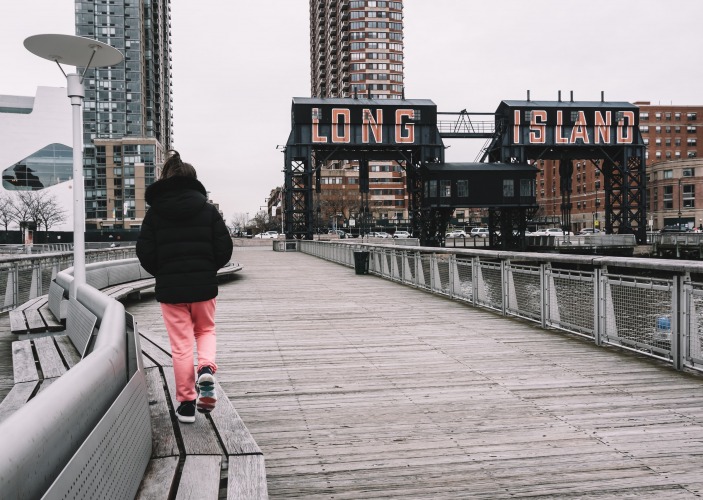 If you live or have visited Long Island, New York, you know how many fun things there are to do, great places to eat, beautiful beaches, and a lot of history to enjoy.

There are many historical landmarks in the area and those visiting the area have many options for a full day and partial day tours.

There are several wineries in the area that offer tours and wine tastings.

Beer drinkers will also enjoy tastings at one of the many breweries.

Of course, many people don’t want a fast-paced vacation and prefer to enjoy their day walking along the shores of the many beautiful beaches found around the island.

Long Island is a great place to visit.

According to Zippboxx.com, Long Island, New York, is the safest place to live and visit in the entire New York area. Nassau County was ranked as the safest county in the entire United States in 2020. This rating is based on accidents, community spending, health/emergency services as well as distances/time to emergency services. Here we will break down different areas and ratings.

According to Newsday.com, assaults rose in Nassau from 364 in 2019 to 396 last year. There is no specific information on muggings, just for assaults. Some surmise that the overall crime reduction may be caused because many people were home and many businesses closed as a result of COVID-19.

According to the Suffolk County NY government, there is currently a low risk of terrorist risk. The county just implemented a new system that doesn’t use the color code that most people got used to following 9/11. While the area does have a comprehensive emergency notification plan in place, as well as a Hazmat plan in case of emergency.

There is a risk of scams no matter where you live, but there are many, high-profile reports of illegal scams on Long Island. Here are a few that hit the news: · Scammed: Long Island woman lost $500G and her dream in a new home • SEC Charges Long Island Investment Professional in $8 Million Scam Targeting Long-Standing Brokerage Customers • Nassau County Man Accused Of Defrauding Owners Of Two Brownstones

According to the Daily Voice, even during the burgeoning crime waves brought on by COVID-19, many areas on Long Island are considered some of the safest. The newspaper states that Northport, located in Suffolk County, was on the list of the safest communities on the top 10 list. It has a crime rate of 0.0 crimes per 1,000 residents.

According to recent reports from local news outlets ABC 7 New York, members of the Long Island congressional delegation have asked for funding to improve water quality. Many people that reside on Long Island refuse to drink tap water and insist on drinking bottled water. A study by the New York Public Interest Research Group found that Long Island has the worst water in NY. Nassau County has the highest level of cancer-causing contaminants in its water. Contaminates like polyflouraklyl and 1,4-dioxane. These carcinogens can cause liver and kidney damage and are particularly dangerous for infants and developing fetuses.

Long Island has a lot to offer tourists.

It is also considered to be one of the safest areas in New York.

Additional safe spots include Port Washington, which had five crimes in 2017; Floral Park has .56 per 1,000 violent and property crimes.

In all, New York’s violent crime rate is the lowest in the country and 5th in property crimes.

In addition to being a safe place to go, there is also plenty to do.

Here are some of the top tourists’ locations:

Places to Avoid in Long Island

Long Island is made up of many cities and smaller towns.

Here is a list of some of the most dangerous cities on Long Island.

When traveling it is best to avoid the following areas.

Hempstead is located in Nassau County on Long Island.

It is the most populated village in the area.

Freeport is in Nassau County on the South Shore of New Island.

Riverhead town is in Suffolk County on the north shore of Long Island.

It has been considered the county seat of the county.

Nassau County is home to Long Beach, which is located in the center area of the Long Beach Barrier Island, off Long Island’s Long Shore.

Southampton is located in Suffolk County on Long Island.

It was named after the Earl of Southampton.

So... How Safe Is Long Island Really?

Overall, Long Island is one of the safest spots you would want to visit in New York state.

There are many wonderful entertainment venues, restaurants, retail outlets, and a very good quality of life.

The numbers of personal, violent, and residential crimes are all very low.

No matter what historical landmark, vineyard, retail outlet, or beach, no matter where you would like to travel on Long Island, chances are you will be safe.

So look through your favorite tourist guide and decide on what places you would like to visit while visiting Long Island.

Here is an overview and facts about Long Island and all it has to offer, according to LongIsland.com:

How Does Long Island Compare?