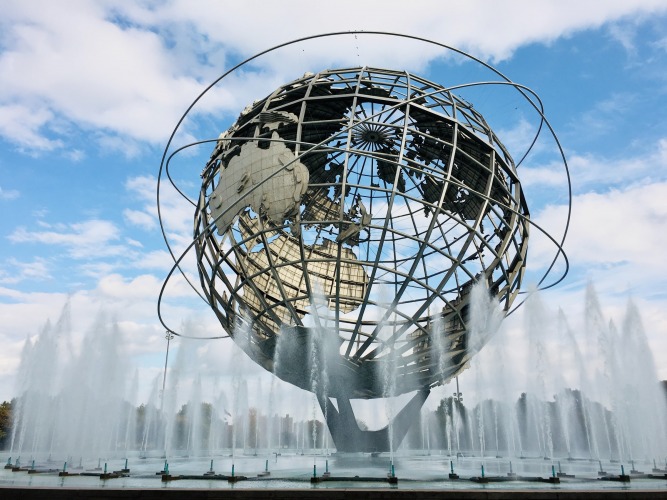 When people think about New York City, they conjure visions of Times Square, Central Park, and other Manhattan landmarks.

However, Manhattan is just one of NYC’s five vacation-worthy boroughs.

Just a short bus or subway ride across the East River, Queens is a wonderful and eclectic destination of its own, offering world-class culture, food, entertainment, and more.

From Astoria’s Museum of the Moving Image to Citi Field, home of MLB’s New York Mets, to the site of the 1964 World’s Fair, there is something to interest everyone in Queens.

At almost 110 square miles, Queens is the largest borough, and its diverse neighborhoods are home to more than 2.4 million residents.

While Queens is generally a safe place to visit, there are some things to consider before planning a trip.

New York City is ranked the 7th safest city in America, and Queens is rated as the second safest borough, behind only Staten Island. Due to its sprawling size and variety of neighborhoods, there are certainly some areas to avoid, but these are largely isolated residential locations that visitors can easily steer clear of. Areas of Queens most frequented by tourists are relatively safe compared to other major cities.

Queens offers a variety of public transportation, including the Metropolitan Transit Authority, which is NYC’s subway and bus system, several branches of the Long Island Railroad, and the NYC Ferry. Most forms of public transportation here are safe but can be confusing. Be sure to refer to a map before boarding, and don’t be afraid to ask transit employees for help or directions.

Much of Queens is somewhat residential and less crowded than Manhattan. This means that there’s less risk of being stuck in a dense crowd of people where it’s easy for pickpockets to work. However, Queens is still a major city, and you should practice basic safety measures, such as keeping your wallet, phone, and valuables safely stored away in an interior clothing pocket, or zipped bag.

There is an extremely low risk of any natural disasters occurring during your trip to Queens. There can be winter snowstorms, but the city is adept at road and sidewalk treatment, snow removal, and providing safe and reliable transportation, even during a blizzard. Coastal neighborhoods can be affected by the rare hurricane, but this is very unlikely. The last major storm to impact Queens was Hurricane Sandy in 2012.

Many areas of Queens carry a low risk of violent crimes such as mugging. However, there are neighborhoods such as Jamaica, Far Rockaway, and Corona where they’re more common. If possible, avoid these spots. In general, regardless of the neighborhood, it’s safest to stick to busy main roads and avoid traveling through deserted areas at night.

There’s no avoiding the fact that, due to its notoriety as one of the world’s largest cities, New York will always be somewhat at risk of a terrorist attack. However, the NYPD’s Counterterrorism Bureau has made New York City as a whole, and Queens, specifically, one of the safest big cities to visit. There are currently no credible or specific terrorist threats to Queens.

Scams are possible in Queens, but they’re easy to avoid for travelers who know what to look for. Refrain from buying items from street vendors. They’re often poor quality, stolen, or counterfeit. If visiting Citi Field, only purchase tickets from a verified source. Tickets sold on the street are likely to be overpriced and/or fake. When traveling by cab, be sure the meter is running. A common scam is to tell tourists the meter is broken, and then overcharge for the ride.

Queens isn’t any more dangerous to women travelers than other major cities. Still, female visitors should practice basic safety measures. Never get on an empty subway car. Avoid deserted neighborhoods, especially after dark. Hold on to drinks at bars and clubs so they can’t be tampered with. Don’t, under any circumstances, let a stranger take you anywhere alone.

New York City prides itself on having some of the best tap water in the world. Queens tap water is unfiltered, but daily testing and treatment keep it pleasant tasting and safe to drink. Bottle fillers can be found in many public locations, making it easy to refill your water bottle throughout the day.

Safest Places to Visit in Queens

The choices are endless when it comes to safe and exciting places to visit in Queens.

Film and television fans should check out the Museum of The Moving Image in Astoria.

Their permanent Jim Henson exhibit is fun and engaging for children and Muppet enthusiasts of all ages.

The subway series between the Mets and the Yankees is especially fun.

While you’re there, visit the adjacent Flushing Meadows-Corona Park, the site of the 1964 World’s Fair.

In the summer, sun worshipers can visit Rockaway Beach, and enjoy the waves of the Atlantic Ocean.

For nature lovers, Gantry Plaza State Park in Long Island City is the perfect place to enjoy a variety of foliage, set against an amazing view of the Manhattan skyline.

Places to Avoid in Queens

If traveling through these neighborhoods, try to do so during the day, and stick to the main throughways.

In general, it’s safest to avoid deserted or very residential neighborhoods, especially once it gets dark.

Never board an empty subway car.

Protect yourself by making sure there are other people in a subway car before entering.

If this isn’t possible, wait for the next train to arrive.

If you are alone on a subway platform and feel unsafe, wait near a manned MTA booth until you hear a train arriving.

If the booths are unmanned, consider taking a bus, rideshare, or taxi to reach your destination.

Safety Tips for Traveling to Queens

So... How Safe Is Queens Really?

By nature, Queens will always have a higher crime rate than small suburban towns, due to its urban setting and large population

However, Queens is very safe compared to other major cities.

Since the turn of the 21st century, crime rates have been falling in Queens and the entire city of New York.

This is a result of enhanced counterterrorism efforts and a stronger police presence throughout the city.

Uncharacteristically, there was a somewhat substantial rise in crime rates across all five boroughs in 2021.

This may be related to difficulties caused by the COVID-19 pandemic, which was especially devastating to New York City, leaving many people stuck at home and out of work.

City officials are optimistic that as the city crawls back towards normalcy, crime rates will return to their previous lower levels.

Even taking the uptick in crime into account, Queens is still a very safe place to visit.

Much of the borough has a visible and well-regulated police presence, and the risk of violent crime against tourists remains low.

Natural disasters are exceedingly uncommon, and Queens isn’t currently the target of any credible terrorist threats.

While it’s possible to become a victim of a scam or pickpocketing, well-prepared visitors can drastically lower their risk by taking common-sense safety measures.

How Does Queens Compare?