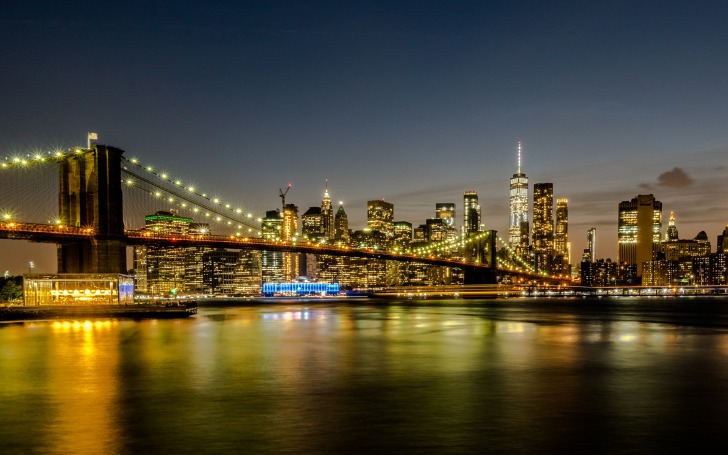 When most people think of NYC, Manhattan first comes to mind. Although this borough, regionally known as “The City,” does have its merits, the other four boroughs, especially Brooklyn, frequently get overlooked, despite everything they have to offer.

Brooklyn may not yet have as glowing a reputation as its more famous sibling, but many people who live in this culturally rich area claim they live in NYC’s best borough.

And there are plenty of reasons for this claim.

From its eclectic music scene to its colorful street art to its impressive history to its delectable foods, Brooklyn has an array of things to see and do, allowing every kind of tourist to thoroughly enjoy their visit.

Below, we’ll give you a rundown of this dazzling place, including interesting facts about Brooklyn as well as certain parts of this borough you might want to avoid.

In general, Brooklyn is quite safe for tourists. As long as they avoid more crime-ridden neighborhoods like Vinegar Hill, East New York, Fort Greene, Crown Heights, and DUMBO, they should expect to have an average, or medium, risk when it comes to their own safety.

If you’re visiting Brooklyn, chances are you’ll be hitting up other boroughs too, and experiencing different parts of NYC. If this is the case, you’ll very likely be using the public transit system. As one can expect, the busier subway stations tend to see more crime than their lower-traffic counterparts. These stations, according to an Auto Insurance Center study, include 34th Street-Penn Station, 161st Street-Yankee Stadium, and Port Authority. According to forum users on Trip Advisor, taxis in NYC are quite safe, although visitors need to beware of fake taxis, which like to grossly overcharge passengers. We can conclude there’s a medium-to-high risk for transport and taxi users.

Recently, NYC has been seeing a spike in pickpockets. This is particularly true on the city’s subways, where serial pickpocketers have learned the art of blending in with everyday commuters and honed their pickpocketing craft. The level of pickpockets risk, therefore, is about medium to high.

According to FEMA’s National Risk Index, Brooklyn has a “very high” Risk Index rating, with a rating that’s 99.7% higher than other US counties. However, this high rating is largely due to Brooklyn’s denser population, meaning more lives and property would be at stake if a natural disaster occurred. The rating doesn’t necessarily mean that Brooklyn experiences more natural disasters than other places. It just means that more would be lost if something bad happened. Brooklyn, whose most common natural disasters include severe storms, floods, wildfires, and winter storms, has a medium natural disasters risk.

A Neighborhood Scout report says that one’s chance of becoming a violent crime victim is 1 in 184. This is higher than New York State’s, which is 1 in 287. Violent crimes in the report include murder, rape, robbery, and assault. Out of Brooklyn’s population of 2,736,074, there were 3,811 reported cases of robbery. This translates to a rate of 1.39 incidents per 1,000 people, which is higher than the national rate of 0.73 robbery incidents per 1,000 people. Thus, it can be concluded that Brooklyn has a fairly high mugging risk.

NYC has had 12 incidents labeled as “terrorist attacks” since 2001 (when the 9/11 attacks took place). The most recent attack was in December 2017 when a Bangladeshi electrician attempted a suicide attack at Times Square. Although there were no fatalities from the bombing incident, 4 people were injured, including the bomber himself. There are no data about terrorism in Brooklyn specifically, but since this borough is a densely populated area, it has a medium-to-high terrorism risk.

Like other major cities around the world, NYC and its boroughs aren’t immune to scams. Some of the most common scams in Brooklyn, according to Your Brooklyn Guide, include the following: • Taxi scams (run by fake taxi drivers claiming to be legitimate taxi drivers) • Subway scams (involving people selling MetroCards that either is empty or contain fewer swipes than advertised) • Comedy show ticket scams (involving people selling “tickets” to events that don’t even exist or cost much less than you were charged)Because Brooklyn is a high-traffic area with growing levels of wealth and affluence, it makes sense that the borough has a medium-to-high scams risk.

There’s no official data about the safety of women travelers specifically (although several bloggers and forum users claim that NYC is very safe for female travelers). Despite the lack of data, Neighborhood Scout’s rape statistics might be of help. According to its report, there were 623 incidents of rape, resulting in a rate of 0.23 per 1,000 people. This is markedly lower than the national rate of 0.38 per 1,000 people. With this information, we can conclude that women travelers have a low safety risk.

Users on Quora say that NYC’s tap water, which comes from well-engineered reservoirs upstate, is extremely safe to drink. In addition, NYC has “no active health-based violations of the Safe Drinking Water Act (SDWA),” according to Tap Safe. We can therefore conclude that NYC, including Brooklyn, has a low tap water risk.

Safest Places to Visit in Brooklyn

Most of Brooklyn’s neighborhoods are relatively safe, but some are safer than others.

Besides being safe, these boroughs offer an endless number of things to do.

For example, Borough Park’s 13th Ave Commercial District provides some of the best shopping options in all of NYC.

You could also enjoy some fresh air at Bay Ridge’s outdoor parks and green spaces, which contribute to the area’s laidback lifestyle.

If you’re looking for a faster-paced environment, check out Williamsburg, which is a haven for young professionals, young families, and young couples.

Whatever your preference, you should visit as many of Brooklyn’s neighborhoods as you can.

After all, they each have their unique charm and beauty, adding to NYC’s social and cultural diversity.

Places to Avoid in Brooklyn

The migration of young professionals to Brooklyn (largely due to its lower rental costs) over the past few decades has led to the gentrification of many of its neighborhoods.

While there have been positives of gentrification in the area, including reduced crime rates, increased local fiscal revenues, and rehabilitation of the property, there have also been negatives.

These cons include displacement of long-term residents, loss of affordable housing, loss of social diversity, and homelessness.

Many of those who have been displaced or become homeless have flocked to neighborhoods that either haven’t been gentrified yet or have been undergoing very slow gentrification.

According to Housely, they happen to be some of Brooklyn’s most dangerous neighborhoods.

Safety Tips for Traveling to Brooklyn

So... How Safe Is Brooklyn Really?

All things considered, Brooklyn is a very safe place to visit.

Out of the 100 largest cities (by population) in the US, Brooklyn was in 75th place.

This means that Brooklyn was deemed safer than 74 of the most populous cities in the US.

Like most other major cities, Brooklyn has both safe and not-so-safe areas.

As long as tourists stay in the less crime-ridden areas, they should be fine.

The borough of Brooklyn has a never-ending list of things for tourists to see and do.

Just stay vigilant and aware of your surroundings, and you should have the vacation of a lifetime with everything Brooklyn has to offer.

How Does Brooklyn Compare?