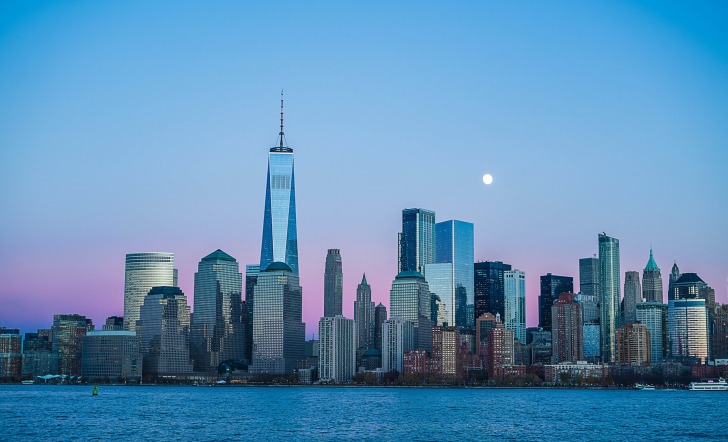 Located in the heart of the New York Metropolitan Region, Jersey City is the second most populated city in New Jersey following Newark.

The increase is mainly due to many residents looking to escape the high rents and properties from Manhattan, but while maintaining a relatively easy commute to work, especially Wall Street.

Jersey City is bounded on the west by the Hackensack River, and the east by the Upper New York Bay and Hudson River.

The city boasts 30.7 miles of waterfront and extensive rail infrastructure, primarily supported by the PATH which runs from Newark and Hoboken (two lines) into Wall Street and 33rd Street in Midtown Manhattan.

As a result, the city has become an important manufacturing and distribution center, as well as a transportation terminus.

Additionally, the redevelopment of the Jersey City waterfront, known as the Gold Coast, has made it one of the largest finance and banking centers in the United States, thus giving the neighborhood the nickname Wall Street West.

Jersey City is a place that has undergone massive gentrification and transformation in the past decade. That means there are many expensive, safe, and beautiful areas, but neighborhoods turn over by simply crossing the street. That means you must always take increased security measures regardless of where you are now.

Depending on where you are headed, public transit is generally safe, especially when heading into Manhattan or Hoboken. However, some of the outlying areas when taking the light rail can be extremely dangerous, especially when riding at night. Taxis are generally safe, but you still want to only call licensed services through your hotel or use plentiful ridesharing apps.

Pickpockets are not a major problem in Jersey City, but you should always be cautious on public transportation and in crowded areas as purses can sometimes be snatched with more cunning pickpockets attempting your wallet. Generally, this will not be a problem but be always aware of your surroundings.

In Jersey City and the surrounding area, the likelihood of natural disasters is low. However, lower-lying areas are subject to flooding during heavy rainstorms due to outdated pumping infrastructure. Also, given the area’s proximity to the ocean, hurricanes occasionally hit the New York Area and sometimes tornadoes.

The risk of an attack or robbery can range from low to high, depending on which neighborhood you are visiting. Tourists must avoid certain sections of the city and don’t walk in dimly lit areas late at night. If you are attacked, give the criminals whatever they ask and contact the police immediately.

New York City is always on high alert for terrorists because of the number of people in Manhattan at any given time. In recent years, there have been reports of automobiles trying to bomb the Holland Tunnel, which runs through Jersey City. However, walking around Jersey City is generally safe from terrorist attacks.

Fraud in Jersey City is uncommon, but email, phone, and internet scams occur against residents. This is usually to exact personal or sensitive financial information. Like with anywhere, don’t share your credit card, social security, or other pertinent documentation with anyone.

Women traveling to Jersey City alone on business or for pleasure are advised to take caution. The nicer areas of the city are perfectly safe for solo female travelers but several neighborhoods must be avoided, especially at night. If you are returning from a location that ventures through a bad neighborhood, opt for a taxi, or rideshare.

Although outdated piping infrastructure exists throughout the city, the water is up to all federal and state codes, so it’s perfectly safe to drink out of the tap.

The safest destinations in Jersey City are downtown, including Grove Street, Newport, and Exchange Place.

Grove Street is an excellent place for nightlife with bars and restaurants populating the area.

It’s certainly the most active area of Jersey City with easy access via the PATH train to Manhattan.

Newport and Exchange Place are the built-up skyrise waterfront areas of the city, which are more residential than Grove Street.

However, everywhere in Jersey City is easily accessible by train, car, bus, light rail, or foot, so it’s incredibly easy to get around.

Transitioning neighborhoods like Communipaw, Hamilton Park, and The Heights are fairly safe to walk around in at night, with the occasional incident.

Each of these neighborhoods is mostly residential so most crimes occur against other residents.

Due to the increase in construction within these areas, an elevated level of police presence has been issued to patrol the streets.

Placess to Avoid in Jersey City

The main places to avoid in Jersey City are the Greenville section, especially near Ocean Ave and the West Side along MLK Blvd.

These areas mostly have not undergone any neighborhood transition so there are major poor sections.

Also, the infrastructure is lacking in these areas.

As a tourist, these are mainly residential areas so you would never need to visit them.

The high crime areas are usually around parks and designated recreational areas, especially at night.

Liberty State Park is one such example of a place where you shouldn’t venture after the sun goes down.

According to Crime Grade, most crimes occur in the eastern areas of Jersey City at around 5,149 per year.

The northwest section only experiences an average of 84 crimes per year, so it’s significantly different.

Use the following safety travel tips when visiting Jersey City so you can explore the area without worry!

So... How Safe Is Jersey City Really?

Your location in Jersey City will dictate your safety.

The nicer areas will offer excellent bars, restaurants, shopping, and attractions, while the poorer neighborhoods tend to be more dangerous.

Generally, if you keep your wits about you and follow the safety tips in this article, you will have an enjoyable and amazing trip to the area.

How Does Jersey City Compare?