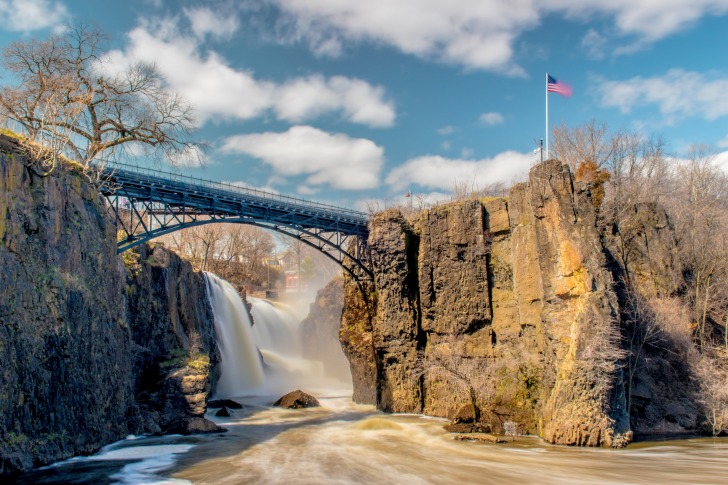 Known as the “Silk City” because of its significant role in the production of silk during the second half of the 19th century, Paterson, New Jersey, enjoys a diverse population.

Its population of 159,732 (from the 2020 US Census) is largely made up of Spanish- and Arabic-speaking immigrants, as well as immigrants from South Asia and Turkey.

An estimated 75 to 100 languages are spoken in Paterson, many of which are Arabic dialects.

Also, the city boasts the second-largest Muslim population in the US by percentage — there are between 25,000 to 30,000 Muslims in Paterson.

For visitors looking for diversity, warmth, and hospitality, Paterson is an excellent place to vacation.

Here’s some information about Paterson to get you started.

Paterson’s grade on Crime Grade is C-, meaning the city has a slightly higher crime rate than the average city in the US. According to this site, Paterson is in the 33rd percentile for the safety category. This means that the city is less safe than 67% of US cities and safer than 33%. A person’s overall risk when visiting Paterson should be between medium and high.

A quick Google search would show that the most popular taxi companies in Paterson are El Pueblo Taxi, Taxi Paterson, and Rose Cab & Taxi Exclusivo, all with 4.5 stars or higher. All three companies have stellar online reviews, and there are no visible complaints about safety. According to the “Urban Supplement Report: the City of Paterson,” Paterson is served by the “NJ TRANSIT Main Line, which runs between Suffern, New York to the north and Hoboken, New Jersey to the south.” Users on Trip Advisor say that the train is safe. It can, thus, be concluded that Paterson’s transport and taxis risk is low.

Severe storms, floods, winter storms, and wildfires are some of New Jersey’s most common natural disasters. Earthquakes and tornados also occur, but they happen less often than the national average. Paterson has about the same level of risk for earthquake damage as the New Jersey average, but it has less risk for tornado damage than the state average. Since there’s not a lot of detailed information about other natural disasters in Paterson, we can only base our assessment on the findings above. The city of Paterson appears to have a low natural disasters risk.

Paterson, according to Neighborhood Scout, has a robbery incidence rate of 2.67 per 1,000 people. This is based on the site’s report of 426 robberies out of a population of 159,732 people. This is higher than the national average, whose robbery incidence rate is 0.73 for the same number of people (243,600 robberies out of 331,449,281 people). It appears that Paterson has a high mugging risk compared to the national average.

There’s no readily available information about terrorist threats or attacks on Paterson. However, Paterson came under the national spotlight in 2017 when Sayfullo Saipov, a resident of the city, was arrested for his deadly terrorist attack in New York City. His act, which involved ramming a truck into a crowd in Lower Manhattan, led to eight deaths. But since there have been no known terrorist threats or attacks in Paterson itself, we can say that Paterson has a low terrorism risk.

Although there have been reported scams in Paterson, it doesn't appear that any of them specifically targeted visitors or tourists. Perhaps, Paterson’s most notable scam case is the $4.5 million food stamp scam. Two Paterson grocers paid out cash to customers in exchange for their electronic benefits. Since it doesn’t appear that scams are a particularly big problem for visitors in Paterson, we can conclude that the city has a low scams risk.

Neighborhood Scout shows that Paterson’s rape incidence rate is lower than the national average (0.31 and 0.38 per 1,000 people, respectively). Since there’s no online information about the safety of female travelers in the city, we can only base our assessment on the city’s rape statistics. Because Paterson has a lower rape incidence rate than the US average, we conclude that Paterson has a low travelers risk for women.

Currently, Paterson has no active health-based violations of the Safe Water Drinking Act. However, boil water advisories have been issued due to runoffs into reservoirs resulting from natural disasters like storms. Still, it seems that Paterson has a low-to-medium tap water risk.

Safest Places to Visit in Paterson

Paterson residents say that the east part of the city is generally the safest.

One’s chance of falling to a victim in the east is 1 in 46, which is much lower than in the west.

Although Paterson is the second-most densely populated city in the US (after New York City), it happens to have some impressive nature and historic parks.

Culture and history aficionados can check out Lambert Castle, the Paterson Museum, William Paterson University, and the Danforth Memorial Library.

Lastly, shopping enthusiasts can stroll through Center City Mall, home to a bevy of retail and entertainment options.

This three-story shopping center happens to contain one of Paterson’s most beloved restaurants, Hamilton & Ward Steakhouse.

Places to Avoid in Paterson

With 984 crimes per year, the west part of Paterson appears to be the least safe.

A person’s chance of being a crime victim is as high as 1 in 22 in this part of the city.

According to users on Quora, the downtown and 4th Ward areas are the places that visitors should avoid.

In Paterson, it’s best to stick to specific areas.

If you wander into more crime-ridden neighborhoods or wander alone at night, you put yourself at risk.

Safety Tips for Traveling to Paterson

So... How Safe Is Paterson Really?

Just like any other major city, Paterson is safe as long as you stick to the safer areas.

Fun and safe places to visit include the city’s many nature parks, historic sites, and major shopping centers, like Center City Mall.

Places that visitors should avoid include the neighborhoods in the east part of the city.

It’s also best to avoid the downtown area and the 4th Ward, where crime is said to be higher than in other parts of Paterson.

It’s never a good idea to walk alone at night, no matter where you are in the city.

Safer options include walking with other people or taking a taxi or Uber.

Remember, too, that Paterson is a densely populated city.

Population density is known to have a positive association with crimes.

Besides walking around crowds, you should always be aware of your surroundings and keep your belongings close.

If you follow these safety measures, you’ll be able to have a fun, safe, and enjoyable vacation in the beautiful, historic city of Paterson, New Jersey.

How Does Paterson Compare?