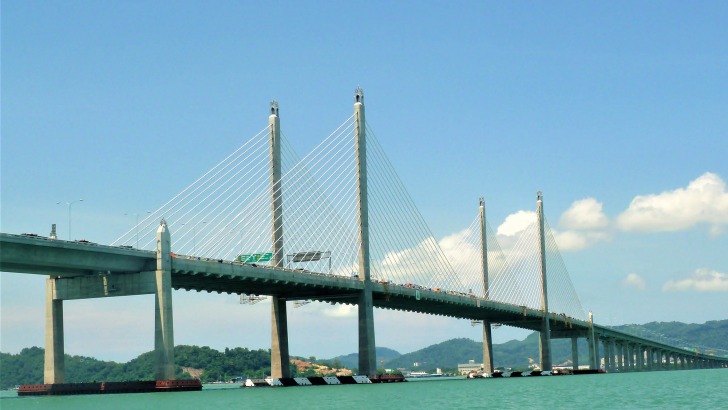 Malaysia - safety as a country

Penang is an island state located off the northwestern coast of Peninsular Malaysia.

It is made up of two halves – Penang Island and a strip of mainland Peninsula named Seberang Perai.

Many people say it’s one of the best places to live in Malaysia, a contemporary metropolis with modern amenities and simple small-town friendliness, offering the best of both worlds.

Best of the east and west, while retaining its old-world flavor.

Discover the rich diversity of Exotic Penang – just a great place to enjoy life after retirement or for a long term holiday vacation.

Penang is the city where crime risks are medium, which means that you will need to exercise common sense since some petty crimes might occur, but n the other hand, some more serious criminal acts rarely happen.

Always ask taxi drivers to turn on the meter, use only licensed ones and call them by phone instead of hailing one on the street. If you decide to drive, get ready for the paralyzing traffic jams periodically throughout the day.

There is a great risk of pickpockets. In this city, you definitely shouldn't let your guard down. Avoid carrying your belongings with you, and if you do, never carry anything in your pocket or a purse.

Flooding and landslides are a common threat, due to heavy rains. Oceanic coastlines may experience tsunamis, and the Pacific Tsunami Warning Centre website offers more information on the potential for tsunamis. Earthquakes are also a threat.

Mugging and kidnapping risk in Penang exists. Extremists represent a great danger. Foreigners can be assaulted and robbed after their drinks were 'spiked', so never accept food or drinks from strangers. Do not hail taxis on the street.

Malaysia is a country where terrorist attacks can happen. The threat of terrorism exists in Penang and there was recently a plan to attack Penang. Malaysian authorities have made several arrests around Penang.

There are many scams performed in Malaysia, mostly distractions executed to separate you from your belongings or take advantage of you in another way. Many taxis do not have meters so be sure to negotiate the price of the ride before entering the vehicle, and do not use your credit card unless it's at established buildings and businesses.

Penang is a city where most women travel without any issues, but still, the threat exists. Female travelers need to take particular care in crowds, on public transportation, they should wear clothes that cover their arms, legs, and chest, in order not to attract male’s unwanted attention.

So... How Safe Is Penang Really?

When the crime level is considered, the situation in Penang is very similar to that of Kuala Lumpur, it is a good thing to mention that the Malaysian police have managed to reduce crime significantly.

The opportunistic crime, aimed at money and valuables frequently occurs, but the reports of violent crime against foreigners are uncommon.

Violent crime rates are low, so getting mugged, kidnapped, or assaulted is unlikely, but robberies and assaults do happen, sometimes even involving weapons, so it is best to be wise.

Penang’s greatest safety issue is petty crime such as pickpocketing, purse snatching, and other types of petty thefts.

There have even been reports of criminals using sharp knives to cut the bag from a tourist or a passenger.

Be careful and follow the advice you hear from the authorities or other locals.

Walking in the city is usually safe, but caution must be exercised since women have been injured by purse-grabbers on motorcycles.

All in all, Penang is generally safe for travelers, since it is locals who are often the targets of crime.

Experienced tourists will encounter almost no problems in Penang.

Since it is a multicultural, mostly Muslim country, be sure to show respect for local customs, tradition, and culture, and think about your actions in order not to accidentally offend someone of other religious beliefs or culture.

How Does Penang Compare?