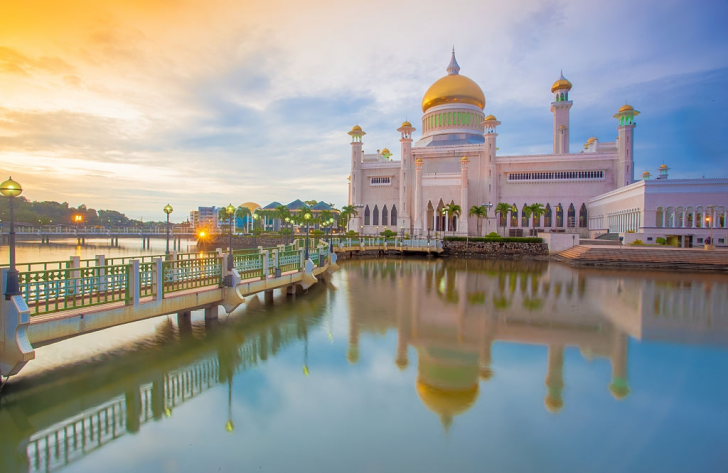 Brunei is an independent country located in the Southeast part of Asia on the north coast of Borneo island and is considered to be one of the countries with the world’s highest standards of living due to its oil reserves.

Standard Malay is the official language, while the most spoken language is considered to be Brunei Malay, however, they also speak English and this already means that you will be safe and welcomed there.

Brunei is considered to be the safest destination for tourists in Southeast Asia with supper small crime rates, besides theft, but still, one is advised to use their common sense for not getting into trouble.

Taxi is not so often met in Brunei and is considered to be relatively expensive and not secure, so it is better to arrange transportation from one point to another with your hotel you are going to stay.

Even if these are not often met in the country, there are some registered cases that do happen there and nudge tourists to be more attentive and take a closer look at their belongings.

Brunei is located in an area that is quite apart from the region that is mostly affected by natural disasters, which means that there is a low chance of experiencing one.

Crime rates in Brunei are very low, however, there are some cases of violent thefts registered in recent years. This is why it is advisable to not walk alone in dark and not so populated places.

Even if there is no historic data of any terrorism in Brunei, attacks can not be ruled out, so you should be as everywhere in the world be prepared and try to avoid very populated areas.

Women, in general, are not recommended to travel alone here, but in case of this happening choose wisely your accommodation and try to wear loose-fit clothes.

So... How Safe Is Brunei Really?

Even though it is considered to be a safe place all the required measures should be taken in order to avoid all the possible unpleasant cases.

As it is one of the least visited countries in the world and the industry is still in its growing phase, they as nationality are very welcoming and helpful.

In comparison with their neighborhood and even all the Southeast part of Asia, Brunei is considered to be the safest place as it has registered super low crime rates, which indicates that travelers can explore the city in whatever part of the day they are willing to.

What is interesting to notice is that the main factor that makes the country so safe is considered to be the alcohol ban, even though tourists are allowed to drink but only in their hotel or accommodation rooms.

Even if we are in the 21st century Brunei is still one of the countries in which homosexuality is considered to be illegal, therefore it is advisable if applicable to your relationship to not show in public your affection and as a result, you will not be discriminated or even punished by public authorities.

Choose wisely your accommodations as they can often provide you with safe transportation and all other facilities.

How Does Brunei Compare?