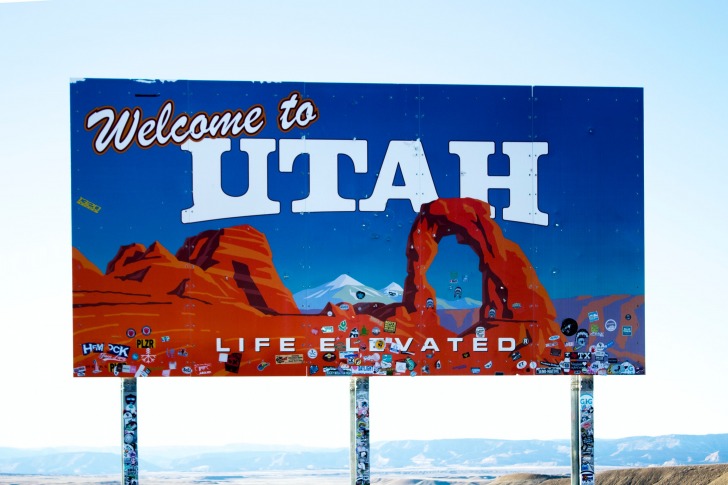 West Valley City, Utah, is about as ethnically-diverse a community as you’ll find in Utah.

A significant percentage of Latinos, Asians, Pacific Islanders, and African Americans makes this a cultural melting pot, especially when it comes to the incredible food scene.

Enjoy a trip to the Utah Cultural Celebration Center to get an artistic look at the diversity in the region.

This is the second-largest city in Utah and it shoulders right up to the Great Salt Lake on the west side of the valley.

The Marick Center was home to the ice hockey portion of the 2002 Winter Olympics and is still bustling with hockey activities for local teams.

It’s known as the crime-ridden part of the Salt Lake area, and you might even be warned not to go there.

Do the warnings hold true?

We investigated all the details.

Read on to find out the facts vs. fiction.

Overall there's medium risk. Utah is a low-crime state, but West Valley City shatters many of the averages in its crime rates. So why aren't we going with a high risk then? Because we aren't feeding into the bad reputation of the city. High risk is an outrageous chance of being a crime victim, and that's not the story in West Valley City.

The Salt Lake metro area has an intricate and impressive public transportation system. The Utah Transit Authority (UTA) has buses throughout West Valley City and has stops on the TRAX rail line. UTA has its police force for additional safety. Taxi drivers go through a background check and must be licensed to provide service here. Due to elevated crime numbers, we're going to give this a medium risk.

In 2020, there were 11 reports of either pickpocketing or purse snatching for a total of $700 taken. That's not a very high risk, but it's more than we've seen in other Salt Lake City suburbs, so we're going with medium risk. 30% of all thefts were shoplifting.

The area was rocked by an earthquake in 2020 and some local schools and homes were damaged. It was a rare occurrence, but it can happen and some predict the Wasatch Front, just east of the area, is due for "the big one". However, there's not a day-to-day imminent risk. Winter storms are the biggest and most common act of nature, feeding the hungry ski resorts with much-needed fresh powder, but slowing down travel on roads and rail lines. Despite all this, there's a low risk on an average day.

The chance of being a robbery victim is one in 1085. Of the 96 robberies, 17 of them were highway robberies, meaning they happened on or near a highway and were most likely targeting travelers. The most commonly stolen item is a vehicle. It's safe to call this a medium risk, but I'm tempted to call it a low risk just because it's the only statistic that isn't above the national average.

There are bigger things to worry about in West Valley City than terrorism. The city itself isn't a major target and even in the larger metro area, there's not a major hard target for terrorists. The city is also remotely located, making it less likely for a terror attack. There's low risk.

My research shows a large variety of scams in West Valley City, so we're going to call this a medium risk because it seems like a con artist is always coming up with something. From puppy scams to check scams to bogus debt consolidation calls, the concerns here run the gamut. We can't say it enough. If it seems too good to be true, it usually is.

Hate crime statistics don't show any targeted crimes against women, so there's a low risk of being a victim of crime just for being a woman. However, a woman should still take basic safety steps to protect herself. This isn't an area you want to go walking around at night alone.

There's low risk when using tap water as it currently meets all required regulations. In the past few years, there were two months when a violation was issued, but the source of the problem was cleaned up promptly.

It’s the typical American mall with a town center remodeled in 2021 to give it more family-friendly activities.

Golfers will love the holes at Stonebridge or The Ridge golf clubs.

Hunter Park is the largest city park in the area, with amenities for sports, and plenty of walking paths and playgrounds.

The Utah Cultural Celebration Center is worth a visit just to see the art exhibits, but check ahead of time if there’s a big event or show coming.

Crime maps show the northeastern and central parts of the city have the highest crime rates.

However, there isn’t much city east of Redwood.

After digging into this for a couple of hours, I think it’s safe to say this is one of those places where if you don’t have a reason to be in a certain area, then don’t go there.

Not because of imminent crime, but because you don’t want to draw unnecessary attention to yourself.

While there are many amazing things to see in the Salt Lake valley and surrounding mountains, West Valley City isn’t a big tourist draw outside of the few localities we’ve mentioned.

People come here often for the unique mom-and-pop ethnic food restaurants you can’t get in other parts of the city, so don’t dismiss a restaurant just because it’s buried in a small strip mall.

It could be the best meal you’ll have here!

So... How Safe Is West Valley City Really?

To be honest, there are nicer parts of the Salt Lake City metro area to stay in when visiting.

Those areas might be pristine and brimming with activities, but there’s very little cultural influence outside of the West Valley City area.

A lot of what I can tell you is fact-checking rumors.

There’s a rumor that it’s a very racist area.

Yet crime statistics show there were just 4 hate crimes reported in 2020.

The crime rates are higher than the national average in:

You have to remember when you see and hear information about this being a “bad part of town” that it’s generally from people who live in the Salt Lake City area and haven’t lived in many other places.

To them, it IS the bad part of town.

Compared to a travel enthusiast or someone who lives in a much bigger city, this is nothing compared to what you’ve seen before.

As one transplant from New York to Salt Lake City said in an online forum, “When West Valley City is considered the bad part of town, you know that standards are too high.”

How Does West Valley City Compare?