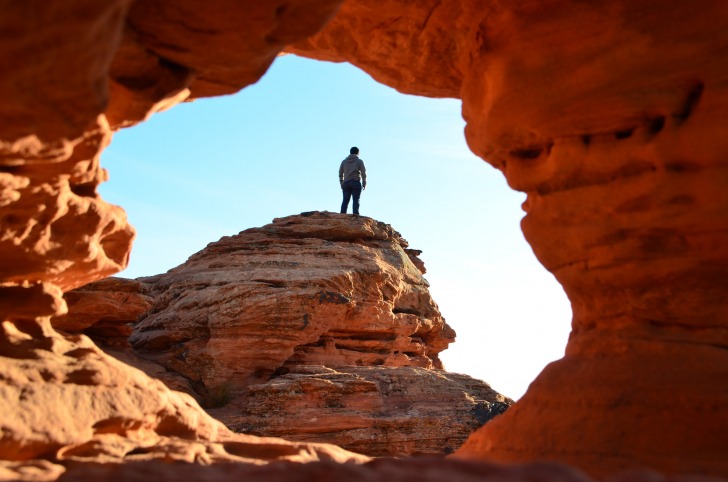 I am swept away by the awe-inspiring images of St. George and the surrounding area as I start this article.

You’ve just never seen anything like St. George, Utah, and with a 25% population increase in the past decade, I know I’m not alone in saying that.

Leave the colder weather of Northern Utah behind and enjoy the warmer side of the Beehive State.

I promise you, even the most indoorsy person won’t be able to resist a hike through one of the incredible nearby massive parks where you can walk in the footsteps of dinosaurs.

Red Cliffs National Conservation Area and Zion National Park are two of the top draws to this region, and if you’ve got the time, Bryce Canyon is worth the drive.

In the town of St. George, you’ve got a simple downtown with a historical feel, and unique shopping and dining experiences.

But really, people come here for the jaw-dropping parks.

There's a low overall risk here. The crime rates are low. The town is small and surrounded by a lot of wilderness. There are some outdoor dangers we'll discuss shortly.

Taxis and rideshares are available in St. George. Both safe options are regulated by local and state laws and come with low risk. There are shuttle services to and from Harry Reid International Airport in Las Vegas as well. However, I would strongly recommend renting a car here. There's just too much to see outside of the city to be reliant on rides.

There were 12 pickpocket reports in St. George in 2020, giving it a low risk. There aren't really large crowds of tourists to cause you to look at your wallet or purse non-stop, but a sling bag or fanny pack can help keep your belongings more secure to your body.

Flash flooding is a major concern in St. George, even though the city gets just 10 inches of rain a year. Brief yet intense storms can cause deadly flooding. Snowmelt from northern parts of Utah can also contribute to flooding concerns. There's a low risk of it happening on any given day, but when it happens it's bad. So let's call it a medium risk just to keep you hyper-aware. When you are out hiking, those canyons that are so fun to explore can quickly become rivers. In 2015, three mothers, 10 children, and seven hikers were all killed in flash flooding tragedies. There's a slight risk of an earthquake. This part of Utah gets very little snow, just 1.5 inches a year, so no major snowstorms to worry about.

There were just 10 robberies in St. George in 2020, giving a low risk of being mugged.

There's little to no risk of a terrorist attack in St. George, Utah. It's a lot of wilderness with a few small cities in between.

Scams here are targeted mostly at locals or senior citizens. There's a low risk of a tourist being a victim. If you do notice an attempted scam, contact St. George Police immediately.

Assuming a woman is following all safety precautions, there's a low risk here. I'm a woman who has hiked this area before, and you just want to make sure you make sure someone always knows where you are going and when you plan to be back. There isn't cell phone service in some wilderness areas. In town, just be careful walking around after dark and don't go into neighborhoods you aren't familiar with.

The tap water in St. George meets all EPA and state standards, giving it a low risk. There was a concern about higher levels of arsenic in the water that violated EPA standards, but in 2020 all water was deemed safe for consumption.

St. George, Utah has activities in town and out of town to enjoy.

The St. George Dinosaur Discovery Site is the Jurassic experience any family needs to see.

Dinosaur footprints were found on this site in 2000 and now the rare find is being shared with the world.

Utah Paleontologist, Jim Kirkland has said, “The St. George track site is not only the oldest Jurassic dinosaur site in Utah, but it is also the best basal Jurassic track site in western North America.”

Petroglyph Park is a small park with large signs of ancient history.

Large boulders in this park are covered with petroglyphs.

You are welcome to look at the markings and take pictures, but do not touch the rock.

Pioneer Park is on the north side of town, and it’s referred to as “Sugarloaf.”

You can get incredible views all the way to Arizona from here.

The St. George Utah Temple, a Mormon temple, stands prominently in the central part of town.

You can’t go into the temple if you aren’t Mormon, but you can see the extensive visitor center and learn about the history of Mormons in St. George.

There are several major shopping areas along Interstate 15 near St. George Boulevard exit.

Outside of St. George

Red Cliffs National Conservation Area is the big event for the previews you’ve been getting at local parks.

Zion National Park is 40 minutes away through some inspiring desert landscape.

For first-timers, take the Zion Shuttle with eight stops along the way to get a lay of the land.

Stop in Springdale before entering Zion for food and supplies, as there are very few amenities in the park.

Here you have the largest collection of hoodoos in the world.

As one of the park rangers says in the introductory video, “I think you need a word at least as strong as magic to describe what (this) experience is like.”

People have even been known to say this park is better than the Grand Canyon.

Places to Avoid in St. George

There aren’t any bad parts of town in St. George.

Crime maps show the northeast portion has the higher number of crimes, but with crime rates already so low, that’s not saying much.

You want to avoid hiking in any area you aren’t physically fit enough for.

Each park has different difficulty levels and it will be made clear in the trail guide which hikes are easy, moderate, or difficult.

Some of the slot canyons require you to climb along the walls, with your back to one rock wall, and your feet across from you on the other.

That’s not something a beginning hiker should do.

The biggest dangers in St. George and the surrounding areas are times when absolutely nobody is around you.

The outdoor activities are jaw-dropping, but there are dangers in the beautiful wilderness of Southern Utah.

If you haven’t seen the movie 127 Hours, I highly recommend it.

It’s a true story, with a little Hollywood creative license, of a man who went hiking in this region and a rock fell, trapping his arm.

He was stuck there with no food, water, or anyone to help him.

How did he survive?

I don’t want to ruin it, but it’s intense.

St. George is ranked as the 6th safest in Utah and the population is growing.

The biggest complaint on social forums is that there isn’t much to do in town.

How Does St. George Compare?