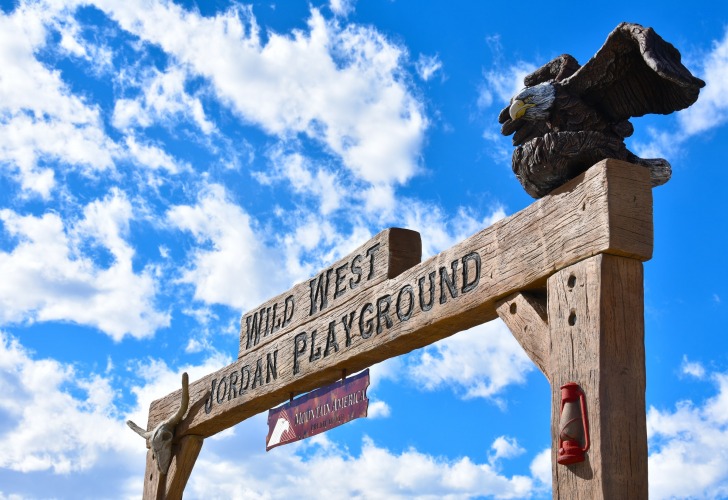 West Jordan, Utah, is a suburb of the Salt Lake City metropolitan area tailored to a family lifestyle with outdoor wonders mixed with shopping and dining experiences you can’t find anywhere else.

It’s easy to begin to write this off as a bedroom community with all the “fun stuff” 13 miles away in Salt Lake City, but then, when you look deeper, you see a community that can thrive in its environment while still surrounded by the “big city” and incredible mountain views and activities.

West Jordan is close to all the major highway connectors in the area and has an intricate public transportation system that can take you to the grocery store or the ski resort and everywhere in between.

There's a low overall risk in West Jordan. It's right next door to South Jordan, which is rated by Money Magazine as one of the best places to live in the country. Crime rates are low, the quality of life is high, and activities are plentiful.

Utah has owned the art of public transportation and West Jordan greatly benefits from it. There's low risk with lots of options. The Utah Transit Authority (UTA) offers buses, light rail, trains, drives on-demand, and ski resort routes to reduce traffic in the area. Generally, in a city so spread out, I'd highly recommend renting a car, but there are plenty of options to get around from West Jordan to anywhere in the Salt Lake Valley you'd like to go. Download the UTA GoRide app to learn more. You can even pay for rides right there on your phone. The UTA also has its police force for safety and most vehicles have cameras.

There was one purse snatching reported in 2020 and no pickpocketing reports, giving it a low risk. There are some big retail areas in West Jordan, so you'll want to keep your wallet close and secured while visiting those, just in case.

There's a rare chance of an earthquake here. In 2020, the Salt Lake Valley was hit by a 5.7 magnitude quake. This was the only major quake in Salt Lake Valley since the city was created. Other parts of Utah are at risk of a quake every 7 years. In the Salt Lake Valley, there have been 136 tornadoes since 1950. Wildfires are a much bigger concern, with up to 1,000 of them annually across the state. West Jordan gets 53 inches of snow a year. All that said, there's still a low risk of a big natural disaster during your visit.

There were 44 robberies in 2020, and half of those were in a house, so there's a low risk of being mugged. Again, use caution when at one of the entertainment areas, but you don't have to be hyper-vigilant.

Maybe during the 2020 Olympics, there would have been a higher terrorism risk, but overall, West Jordan and the Salt Lake City area aren't known as hard targets. I'd say there's a low risk here, maybe bordering on medium, just because of the size of the metro area.

Under the category of "False Pretenses/Swindle/Confidence Game" crimes in West Jordan by the Utah Department of Public Safety, there were 142 reports. That's a one in 823 chance of being a victim. While that's not a high percentage, it's higher than many other cities I've researched, so we're going to call that a medium risk. It could be that people in Utah just report crimes more often than in other places.

Of all the extensive crime data available for West Jordan, there's nothing that indicates a woman is any more at risk than a man. Traveling solo would always come with inherent risks, but there are enough basic safety measures to keep yourself protected.

The West Jordan tap water is tested more than 100 times each month for safe levels. It meets or exceeds the state and national requirements, so there's a low risk here.

The West Jordan community has several community parks with all kinds of amenities, from playgrounds to splash pads to sports options.

Hop on a bike and see as many parts of the city as you can peddle or walk to.

There have been a handful of violent crimes on the trail, but rarely, if ever, involving a stranger danger.

Gardner Village is a shopping and dining destination with a throwback to the pioneer days and history can be seen with every step.

If you’re a sucker for animals like me, the petting zoo here is a must-see.

For a more traditional shopping experience, check out Jordan Landing.

It’s a master-planned community spanning 500 acres but comes complete with the most popular brand-name stores and 33 restaurants.

Take the 20-minute drive to Rio Tinto Kennecott Bingham Canyon Mine (that’s a mouthful!) and see a mine so large it can be spotted from space!

There are dozens upon dozens of hiking trails on the east side of the valley and some of the best skiing you’ll ever find.

It’s such a great ski spot that’s where the Winter Olympics were held in 2002.

Utah Olympic Park is open 7 days a week with varying hours each day.

You can see a replica of the “Up” house made famous in the Disney movie.

This is someone’s real home.

If you see Russell, tell him we said “hello.”

Places to Avoid in West Jordan

This is one of those cities where even the worst part of town isn’t that unsafe.

There has been an uptick in larcenies and a few more violent crimes on the Jordan River trail.

Rarely do these involve a tourist or stranger being unnecessarily attacked.

This area is growing with new retail and housing opening every couple of months.

This could bring new people into the area for better and for worse.

Overall, it’s a safe neighborhood community with good schools and retail draws that bring people in from other parts of the valley.

So... How Safe Is West Jordan Really?

The biggest warning we can give comes right from the neighboring city of South Jordan.

“If you make it easy for them, you are going to be their target.”

This is a place built for families and growing for more families.

In such a beautiful area, it’s hard to imagine anything bad happening.

I can tell you from personal experience, however, I took an edit near downtown Salt Lake City on a road trip, and it seemed as sketchy as any bad neighborhood I’ve seen before.

West Jordan is nowhere near that area.

The biggest risk will come when the weather gets really cold and you aren’t prepared to dress for it.

You’ll need plenty of layers, especially if you plan on spending time outdoors.

Even if it’s winter, wear sunscreen.

The sun in Utah can be intense.

How Does West Jordan Compare?