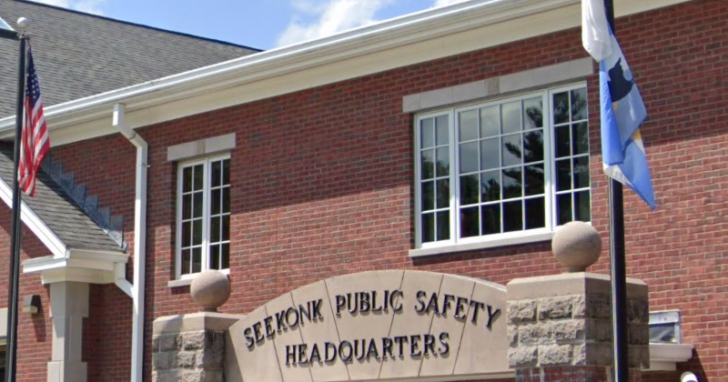 Seekonk, Massachusetts, is believed to get its name from the black goose, and it’s a fitting moniker for a city located in a vast region to explore.

While technically a suburb of Providence, Rhode Island, Seekonk is a great pivot point to the big city, the seaside village of Newport and the home of “Lizzie Borden took an ax” just 15 minutes away in Fall River.

Seekonk has several hotels along Highway 6 and many amenities for a wandering traveler.

Seekonk is on one side of the state line, neighboring East Providence on the other.

This land was once disputed because Rhode Island and Massachusetts wanted to own it.

Massachusetts won Seekonk, and it became a thriving agricultural area.

As the city of Providence grew and expanded, Seekonk became a commuter suburb for Providence and Boston.

Throughout this region, there are plenty of bayside parks and nooks to enjoy the water without being caught up in the large summer crowds, and you also have a very place to call home during your trip.

The Rhode Island Public Transportation Authority (RIPTA) has routes that go from Providence to Seekonk. The one stop is at the Seekonk Square Mall. Taxis and rideshares are available, but your own rental vehicle will make it much easier to explore the region.

With just one purse snatching in 2021, there's a low risk. You should always use extra caution in shopping areas and restaurants to keep your purse or wallet tucked away.

This whole region can feel the impacts of tropical storms and hurricanes, so flooding, storm surge, and wind damage are possible. Severe thunderstorms can happen, with an occasional tornado. Winter can bring blizzards, ice storms, and heavy snowfall.

The three robberies that happened in Seekonk in 2021 were home robberies, so there's a low risk of being robbed on the streets. You should definitely read our Rhode Island articles to learn more about safety in neighboring communities.

There's a low risk here, but if an attack would happen in Providence, there would be a ripple effect in Seekonk. MEMA is the Massachusetts Emergency Management Agency, and you can learn about the risks and safety tips on its website.

The scams here are residential since it's such a dense suburban area. If you notice any new scam attempt, immediately report it to the police.

Statistically, women are less likely to be victims of violent crime here. You should use standard safety precautions and avoid walking around at night. This isn't a city with a lot of nightlife, so you don't have much of a reason to be out late at night anyway.

The 2021 Water Quality Report shows no violations and full compliance with all state and federal standards. Check with the city for water issues during floods or tropical storms.

Safest Places to Visit in Seekonk

Seekonk and Bristol County don’t have an official tourism site, which makes searching for things to do a little risky if you don’t know how to confirm a website is secure.

The city website has a lot of information about the various departments but doesn’t go deep into tourist attractions.

I’ll be sure to list attractions that have secure websites to explore.

Running parallel to I-195 is Highway 6, which is where the bulk of hotels and amenities are found.

Seekonk Square is the main shopping area, but it’s not a traditional mall.

Seekonk Speedway is at the eastern edge of the shopping area and has been owned by the same family since 1946.

Check the schedule to see races happening during your visit.

Take I-195 to Fall River to check out Battleship Cove.

Known as “America’s Fleet Museum,” there are six vessels to explore, including the USS Joseph P. Kennedy.

Learn more about Fall River in our article “How Safe Is Fall River for Travel?”

Cushing Conservation Area and Edna Martin Wildlife Refuge are each small but have easy trails with ponds.

For water views on the Palmer River, visit Warren, Rhode Island, which is just 15 minutes away.

In addition to being a charming and historic waterfront community, you’ll find plenty of dockside dining and a town beach.

The Audubon Nature Center and Aquarium are nearby, with a boardwalk taking you through saltwater marshes and a tide pool.

There’s a life-sized model of a whale where you can see how the massive animal survives in the water.

In just 10 minutes, you can be on the boat to Pomham Rocks Lighthouse.

Tours are available seasonally and only on certain days of the week.

You can’t visit from a private boat, but the tour boat will take you to the island, where you can explore the museum and walk to the top of the lighthouse.

Places to Avoid in Seekonk

For those worried about crime rates and bad parts of town, you don’t have to be concerned with that here.

Seekonk is spread out geographically, but the main parts to visit are on the southern edge.

In fact, there really isn’t an easy way to go north and sound in Seekonk, as the main roads are designed to go east and west.

Seekonk isn’t on the water but is very close to several waterfront communities.

You should always respect private land and not go onto someone’s property to see the water.

Some of the parks in the smaller towns are also small, but that means fewer crowds.

Know the tide schedules, as high tides could cause flooding in some areas, especially if there has been a lot of rain or snow runoff.

This is a safe community, but not too far away that driving into the city will take too much time.

There’s really no reason to avoid Seekonk, especially if personal safety is paramount.

Safety Tips for Traveling to Seekonk

So... How Safe Is Seekonk Really?

Seekonk is a city so safe that one homicide in 2021 shocked the residents and police.

That doesn’t mean it’s a crime-free place, but it does mean that crime that violent is pretty rare.

In late 2022, there was a trend of car burglaries and thefts.

In Seekonk, all the impacted vehicles were left unlocked or with the keys inside.

While it’s great that residents feel that safe in this community, there isn’t an American city where it’s safe enough to leave your car unlocked.

“It’s significant enough that we’re holding a press conference on it; we’re not alone.

It’s significant in the entire region, to be honest with you,” said Capt. Matthew Jardine.

Although I won’t get into specific tactics, our officers have been able to thwart some of this activity.”

The one challenge you’ll find here is that not all the nearby cities are as safe as Seekonk, so you should do your research.

We have a robust list of cities in this region, including in the Providence area, to help you.

How Does Seekonk Compare?