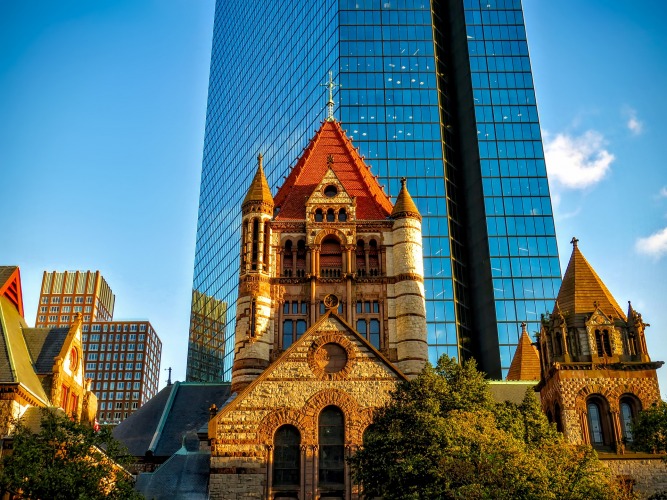 Located just to the west of Boston, Newton, Massachusetts is a small, picturesque city with a population of about 89,000.

Comprised of 13 separate villages, Newton is unique in that it does not have a unified city center.

Instead, each village maintains its own distinctive identity and community areas.

Settled in 1630, the city is full of historical homes and landmarks, as well as museums, cultural institutions, and a robust dining and shopping scene.

Connected to Boston and Cambridge by public transportation, Newton, MA is a beautiful and centrally located city from which to explore Northern New England.

While Newton regularly ranks as one of the safest cities in America, there are some things to consider before planning your visit.

Generally, Newton, MA is exceptionally safe. In 2019, Neighborhood Scout named Newton the 28th safest city in America, and SafeWise rated it the second safest American city in which to raise a child. With a violent crime rate 75% lower than the national average, it is unlikely that visitors to Newton will be targets or victims of any substantial criminal activity.

Newton is serviced by subways, commuter trains, and buses through Greater Boston’s public transportation system, the Massachusetts Bay Transportation Authority (MBTA). While the MBTA is quite safe, it does not run 24 hours a day. If you’re going to be out late, be sure to check transit schedules to make sure you don’t get stuck without a ride home. After midnight, your best bet is probably to use a rideshare service.

Newton is largely residential, which means it doesn’t experience the same amount of urban crime as large city centers. The risk of pickpocketing in the area is very low, but it is always a good idea to keep valuables tucked away in bags or inner pockets, just to be safe.

It is unlikely that you will encounter any natural disasters while visiting Newton. The area does not experience earthquakes, tornados, or wildfires, and no hurricanes have made landfall since 2013. However, if visiting in the winter, there is a chance of encountering a snowstorm, nor’easter, or blizzard. Thankfully, the city is adept at handling winter storms, so even after a major event, it’s usually safe to return to regular activities quickly.

It is unlikely that visitors will experience a mugging in Newton. An exceedingly low crime rate makes this sort of event rare. However, Newton is a suburban area, which means that it can become quiet and deserted at night, especially in residential areas. It is recommended not to wander through desolate areas alone after dark, to avoid putting yourself at risk. Instead, stay in well-lit village centers.

In 2013, the world watched as the iconic Boston Marathon was bombed by terrorists. Since that horrific day, the city of Boston and its surrounding suburbs, including Newton, have revamped their terrorism task forces, and worked tirelessly on public safety initiatives. Due to these programs, as well as the vigilance of residents, Newton remains a safe place to visit, without any credible risk of terrorism at this time.

Scams are generally unlikely when visiting Newton, but there is one that guests should be aware of. Recently, scammers have been affixing QR codes to parking meters in the area. When drivers scan the code to pay, their banking information is stolen. If you see a QR code on a parking meter, do not scan it. Instead, use a credit card or the city’s parking app to pay your fee.

Newton is a safe, suburban area, and most females report feeling safe when traveling through the area alone. However, because the city can become deserted at night, women travelers should take caution when out alone after dark. Stay in busy, well-lit areas, and don’t wander through desolate suburban areas alone. If staying in a very residential area, consider driving or using public transit late at night rather than walking.

It is safe to drink Newton’s tap water. All of the city’s water comes from the nearby Quabbin Reservoir and is monitored by the Massachusetts Water Resources Authority (MWRA). Recently, the city instituted a program to proactively test the levels of lead in the water supply more frequently. In the rare event that a water source shows high amounts of lead, it is immediately shut down until levels normalize.

Safest Places to Visit in Newton

Newton is a beautiful, historic city with a multitude of unique attractions.

History buffs can visit the Jackson Homestead and Museum, built-in 1809, and once a stop on the Underground Railroad, or the Durant-Kenrick House and Grounds, which dates to 1734, and gives guests a glimpse into daily life during the American Revolution.

Museum enthusiasts can visit the Longyear Museum and the Mary Baker Eddy House.

Nature lovers can choose from a variety of outdoor activities, including hiking through Hemlock Gorge Reservation, or kayaking in the iconic Charles River.

Retail junkies and discerning foodies can shop and eat at local entities or national chains at several shopping areas, including the Shops at Chestnut Hill, Newton Center, or Piccadilly Square.

Finally, if you happen to be in town on the third Monday of April, head to the world-famous Heartbreak Hill to cheer on runners in the Boston Marathon.

It’s an athletic celebration unlike any other!

Places to Avoid in Newton

While almost all areas of Newton are relatively safe during the day, it’s best to avoid traveling alone at night through some of the quietest neighborhoods on the outskirt of town.

Villages like Auburndale, Waban, and Newton Lower Falls are highly residential and likely to be very quiet in the evenings.

For this reason, it’s advised to use caution if walking alone through remote areas of these neighborhoods at night.

As a rule, avoid city parks after dark.

These forested areas can not only be isolated, but they are also home to various types of wildlife.

It’s best not to disturb animals in their habitats, especially at night.

If taking the subway at night, try to avoid getting on an empty subway car.

Instead, board an occupied car whenever possible.

Safety Tips for Traveling to Newton

So... How Safe Is Newton Really?

With a violent crime rate 75% lower than the United States average, there is little chance of becoming a victim during your visit.

Consistently rated one of the safest cities in the state, and often ranked as one of the best places in America to raise a family, tourists should remain out of harm’s way if they take basic personal safety measures.

Visitors needn’t worry about natural disasters such as tornadoes, earthquakes, mudslides, or wildfires.

Hurricanes are exceedingly rare, and even when they do make landfall, they are unlikely to cause much damage to the area.

There is a chance of encountering nor’easters or blizzards in the winter, but the region is so used to winter weather events that even after a big snowfall, the city rebounds extraordinarily quickly.

There are no current credible terrorist threats to the area, and since the Boston Marathon bombing in 2013, Boston, Newton, and the surrounding areas have enacted many initiatives to keep the cities safe.

Petty theft such as pickpocketing and mugging is uncommon, due to the residential, suburban nature of the area.

One concern is the potential to be a victim of a scam, particularly the QR parking code scam that has been recently identified in the area.

However, knowing what to look for will protect you from falling prey to this.

How Does Newton Compare?