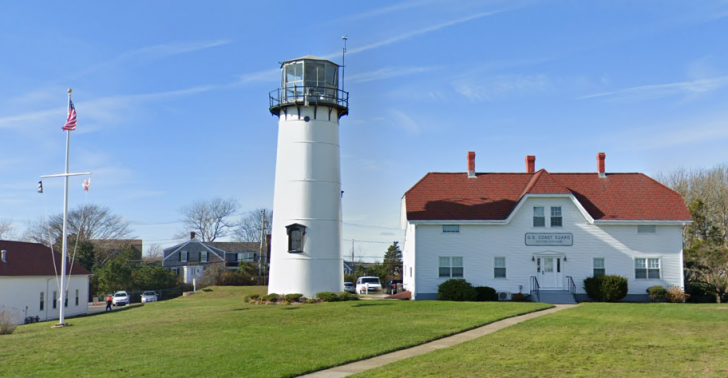 Planning a trip to Cape Cod is much more exhaustive than it might seem.

The truth is, Cape Cod might as well be its own state for all the things you need to know when visiting here.

That’s why we wanted to bring you this overall guide to supplement the individual articles we provide about the different cities.

Before we dive in, proper usage to “talk like a local” is to say you are “On Cape Cod,” not “In Cape Cod.”

Cape Cod is often referred to by its shape since it looks like an arm being flexed.

You might hear references to a city being at the elbow, fist, or bicep of the Cape.

The Cape regions are also referred to as the upper, midway, lower, and outer regions.

UPPER CAPE (The Upper Arm near the Shoulder):

The Upper Cape contains the cities closest to the larger mass of Massachusetts.

If you’re driving or taking a train, this is the first region you’ll pass.

The cities of Falmouth, Bourne, Sandwich, and Mashpee are here.

This “Upper” area is technically lower than all the other areas but just go with it.

The Mid-Cape contains the popular village of Hyannis and the Kennedy series of homes in Hyannisport, in addition to Barnstable (and its seven villages, one of which is Hyannis), Yarmouth, and Dennis.

This is a very busy area, with as much to do in towns as there is in the wilderness or at the beach.

The Lower Cape contains the cities of Brewster, Harwich, Chatham, and Orleans (named after the same Duke as New Orleans).

This is a great place to stay if you want a big resort with many amenities while still getting many beaches and small village main streets to explore.

OUTER CAPE (The Forearm and Fist)

Once you head north out of Orleans, you’re on the Outer Cape, with water on each side and a large stretch of the Cape Cod National Seashore.

The Outer Cape is versatile, bringing one of the quietest towns (Truro) right next to one of the major party cities (Provincetown).

Wellfleet and Eastham are also part of the Outer Cape.

Martha’s Vineyard and Nantucket are islands off the coast of the Cape but are still generally considered part of Cape Cod in broad terms.

Nantucket is farther away, smaller, and flatter than the Vineyard.

It also has fewer options for transportation to get there. Martha’s Vineyard has more cliffs and several villages on the island, including the well-known island of Chappaquiddick (aka “Chappy”).

Nantucket is also a little more stylish and dressy than the laid-back Vineyard, but both draw elite and affluent crowds.

Which Cape Region is Best?

That really depends on your personal interests. While many cities have similarities, they each bring their own vibe and attractions.

If you want to get far away, Nantucket or the Outer Cape might be for you.

Provincetown and Mid-Cape would be the best options for those who want to party and play more than read and relax.

Outdoor lovers should consider places like Truro or Barnstable village.

Across the Cape, crime is low. This region depends on tourism dollars, so businesses and the community work with law enforcement to keep crime low. It's also an expensive place to live or visit, which excludes many people who can't afford the ongoing rise in housing costs here. Be prepared for sticker shock here with budget-busting costs, but it's also a great value for the immense amenities on the Cape.

Traveling to and around the Cape comes with many options, but the farther you are away from Mid-Cape, the more complicated it can be. o CapeFLYER: A passenger train with weekend runs from Boston to Hyannis, with five stops in between. o Cape Cod Regional Transit (CCRTA): This bus system has routes from Bourne to Woods Hole through the Mid-Cape and then north on the Upper Cape. 10 fixed routes are offered. Unlimited ride passes are available for one day or 31 days. Consider getting a Charlie Card if you're going to use the bus system or Massachusetts Bay Transportation Authority (MBTA) options. o Cape Air: Mainland airports are in Provincetown and Hyannis, with travel to Nantucket, the Vineyard, Boston, Providence (Rhode Island), or New York. o Ferries: Different ferries are available in Hyannis, Woods Hole, and Provincetown. The first two take you to the islands, while Provincetown gets you to and from Boston. A seasonal ferry can take you between the islands. o Taxis/Rideshares: Most cities will have many options for taxis or rideshares, and CCRTA offers dial-a-ride transportation. o Rental Cars: These are widely available in the main cities. Some ferries do allow car transportation, but those slots book up months in advance.

I was surprised how low theft rates were across the Cape, especially in busy areas like downtown Hyannis and Provincetown. While the risk is low, the potential is high. Continue to use the same safety steps as if you were in downtown Boston.

The Cape's biggest risks are hurricanes and nor'easters, with combined seasons running from June through May. Coastal flooding and storm surges are other risks, while winter storms can bring a mix of ice, snow, and flooding with powerful ocean currents.

The robbery rate is also low across the Cape, with very few person-to-person robberies. While we normally recommend avoiding expensive bags, jewelry, and clothing, we understand that's part of Cape life. Just use smart situational awareness to keep that risk low, especially when you're out at night.

While this is a popular tourist area, it's also very widespread. The risk is low, but the United States Department of Homeland Security issues bulletins every few months noting the biggest risks. You can sign up for alerts. Even low-terrorism-risk areas can be impacted by Lone Wolf acts of violence targeting certain groups.

Rental scams are far and wide the biggest concern here. Avoid using Craigslist to look for rental homes. You will pay a premium in the summer for any place you stay, so focus on value instead of cost. Do you get a parking sticker? Are any meals free? Does a resort pay for itself with the amenities you wouldn't get in a seaside cottage? Always use local travel agencies through the Chamber of Commerce to book a reservation, and never wire money to the landlord. That's a sure sign of a scam.

You'll find safe and fun places for women across the Cape. The Mid-Cape or Lower Cape might be best if you want to spend more time shopping and going to spas. If you want more time in nature, then choose the cities south of Provincetown on the Outer Cape. No matter where you go, always know three things - Beach safety, water safety, and wilderness safety. Cape Cod has some unusual predators, like a caterpillar with toxic hairs and a blood-sucking fly that is immune to bug spray. Oh, and the sharks. But we'll talk about that a little later on.

Each city should have a water quality report posted annually in June. Some of the smaller towns will use private wells, which require you to contact the property owner for the latest water quality testing. The main risks across the Cape involve lead in the water from old pipes. You should always let tap water run for a minute before drinking it and report any odor, discoloration, or particles in the water to the property owner and local water department.

VisitCapeCod.com is a valuable resource for researching the different regions of the Cape.

Look for Reddit threads to get information from locals, and check the Chamber of Commerce website for each city if you’ve narrowed down your choices.

Provincetown is a well-known LBGTQ+ community with many events annually that brings more than 60,000 people to this town of 3,600 residents.

The only downside is its remote location, especially if you get seasick easily since you likely would take the ferry from Boston, but it’s worth the Dramamine to enjoy it.

Barnstable is a great option, too, as it’s not too far into Cape traffic, but it also has seven villages to explore, including the charming and spirited village of Hyannis.

It’s also close to some cool museums like the JFK Museum and a real pirate ship treasure at the Whydah Pirate Museum.

Nantucket and Martha’s Vineyard ferries run out of Hyannis as well.

You can find great fishing at any port on Cape Cod, with options on the bay, sound, or ocean.

Fishing charters and boat rentals are widely available, but you’ll find the most in Hyannis, Chatham, and Provincetown.

Cape Cod National Seashore runs from the southernmost point of the Lower Cape to the tip of the Outer Cape.

More than 40 miles of coastline which includes inland ponds and “kettles” of clean water – some freshwater, some saltwater.

Since this region is a dedicated park territory, it won’t be overdeveloped.

Not all beaches on the Upper Cape and Outer Cape are federal beaches, as some belong to local municipalities.

Use the NPS app to track all the beaches, amenities, and alerts.

Here are a few things to know about Cape Cod National Seashore:

Cape Cod is a year-round destination, but you’ll find many businesses close up for the off-season.

If you’re looking to get away to the Cape in winter, put Falmouth, Hyannis, Chatham, and Provincetown on the list.

These areas have the highest year-round residents and businesses still open.

The larger attractions are the ones most likely to close.

The seasons of Cape Cod are:

When planning a visit to the islands, cut costs and crowd by visiting during the shoulder season months of April and September.

Before deciding, you should consider the water current, landscape, and safety risks:

Places to Avoid in Cape Cod

Regarding crime, there isn’t a city that is more or less dangerous than another.

Even those with higher crime rates, as defined by the FBI calculation of crimes per 100,000 people, don’t reflect the tourist population.

That math substantially lowers the risk.

Every town or village here is exponentially safer than most American cities, especially as the country sees a rash of increased violent crime.

Provincetown gets a reputation for being dangerous due to crime rates, but there were 15 violent crimes in 2021.

The crime math doesn’t take into account the 60,000 people that live there during summer.

If you aren’t looking to party, Hyannis, Provincetown, and Martha’s Vineyard are more lively at night.

If you wait too long, evacuations can leave you stuck in traffic for hours on end.

If you stay during a storm, you could be without power or clean water for days.

So... How Safe Is Cape Cod Really?

Honestly, the water and weather risks are the biggest concern here, along with wildlife and pests.

There’s too much good information out there on verified websites, like the NPS one, that gives specific guidance for this region.

You have no excuse to be uneducated, or else you might find yourself face-to-face with a coyote at Race Point Beach.

This region is where rich, famous, and influential people come to play.

It can sometimes seem a bit pretentious, and everything will be overpriced – ice cream can be $10 for a small cone, and lobster rolls can run near $40.

Avoid buying clothing here unless you need it because you can get many of the same styles at home.

The only exception you might make is the Nantucket Red store, which is where you can only get the official color of “Nantucket Red,” and any other designer is an imposter.

Practice patience in traffic if you’re driving, taking the bus, or riding a cab/rideshare.

The bumper-to-bumper summer traffic is unavoidable.

Stay in the part of the Cape you want to explore the most to limit ride times.

In Upper and Mid-Cape, you can use Highway 6A instead of the more popular Highway 6 to take the scenic route and deal with less traffic.

How Does Cape Cod Compare?