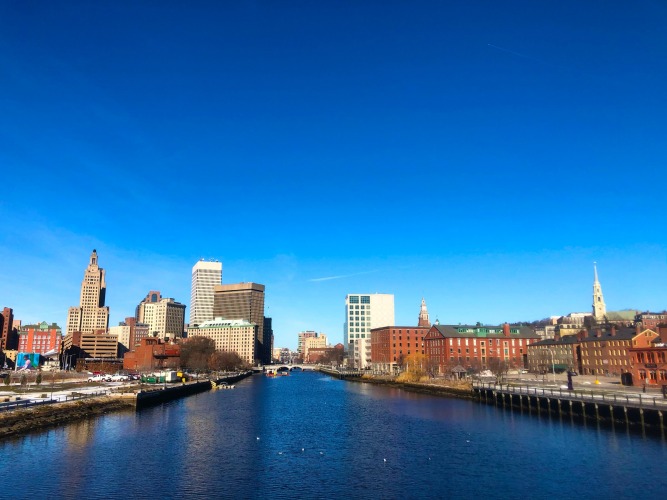 When you start digging into the finer points of a city as a travel writer and the public library keeps coming up as a “top destination,” you get a little worried.

However, the investigative edge of mine has found some wonderful spots to visit and dug up all the safety data you need for a trip to Cranston, Rhode Island.

This is the second-largest city in Rhode Island and is centrally located to anywhere in the state you want to go.

At one time, it was rated by Money magazine as one of the best places to live.

This isn’t the typical tourist town brimming with trinkets and signs for excursions.

This is a middle- to upper-class working neighborhood conveniently nestled on the water and near major interstates.

The shining spot of this area is Pawtxet Village, and while the village address is in Warwick, this village spans across both cities.

It’s a place foodies will want to visit.

This city goes quickly from a bustling city on the east side to suburban life spread out on the west side.

For a suburb of a major metropolitan area in New England, there's a surprisingly low overall risk. Crime rates are low and most are trending down from the previous year. The city of 83,000 does have its police force.

All taxi drivers must be 21 years old and have a license to drive a cab, a laborious process that makes sure they are providing a safe environment. There's low risk because of that. Cranston is a bike-friendly community and many people opt to get around that way and leave the car parked. There are busses through the Rhode Island Transit Authority that can take you around the state as well.

There's a one in 118 chance of being a victim of theft, so that's a low risk. It's lower than some of the other Providence-area cities.

Pick your poison in Cranston; the city gets a little bit of everything, giving it a medium risk. You get all four seasons here, so you also get the weather that comes with it. Winters are snowy. More than three feet of snow falls each year and a blizzard can shut down the region. Spring brings rain and possible severe thunderstorms. Summer brings hurricane seasons and the potential for flooding, storm surge, and wind damage. The occasional earthquake can be felt here, but it's not a big concern.

There were just 13 robberies in Cranston in 2020. That's low-risk if I've ever seen one.

There's a medium risk for terrorism in the larger metropolitan area. The eastern seaboard is always going to be a target for terrorists since there's such a large population and major industries.

There were 100 financial fraud cases reported in 2021 in Cranston. Most of the scams are against people who live there, but just to keep you on your toes, we'll call it a medium risk. Common scams involve threatening calls to buy gift cards to get someone out of legal trouble, or a scammer pretending to be with law enforcement and asking for money to pay for an offense (that never happened).

There's a low risk for women traveling here. It's a suburban area with strip malls and typical restaurants. This is nowhere near the apex of crime. As with any larger city, don't go walking or biking at night without being extra vigilant.

Safest Places to Visit in Cranston

There aren’t a whole lot of places to visit in Cranston as a vacation destination, but the city has some neighborhood specialties.

This was the first open-air mall in the country, setting the footprint for hundreds of others.

Set right on the Pawtuxet River, this idyllic village offers a soothing shopping and dining experience where the pace of life slows down so you can take in the views.

Golfers will love Cranston Country Club, an escape on the west side of town through winding roads of beautiful homes.

Places to Avoid in Cranston

There are no real danger zones in Cranston, Rhode Island.

I tried my hardest to find something to write here.

If you choose to join the other Rhode Islanders who love to ride their bikes, you’ll want to use caution when crossing intersections and when riding alone.

Also, if you are walking around, be careful of cars.

186 pedestrian safety violations were reported in 2020.

Only cross at crosswalks and wait for the signal to turn in your favor before crossing.

Safety Tips for Traveling to Cranston

So... How Safe Is Cranston Really?

For being in such a large east coast city, this community has cracked down and gotten a handle on crime.

What was once one of the best places to live in America is still holding onto that award with developments and parks that are family-friendly and inviting for new residents.

The end of year report from the Cranston Police Department shows violent and property crimes were both down year to year and over the past five years.

It’s worth noting that people in Rhode Island have accents and can sometimes come across as a bit forceful, brisk, or loud.

This is just part of the culture.

As mentioned before, they also have specific words for foods that are different than what you call them back home, so you’re going to stand out as a tourist if you don’t know these things.

Being seen as a tourist could make you a mark, but that’s just the ultra-cautious side of me speaking.

I’m a Midwestern girl and the East Coast people can just be a little tough to get, coming from a place where everyone waves and says hello.

How Does Cranston Compare?