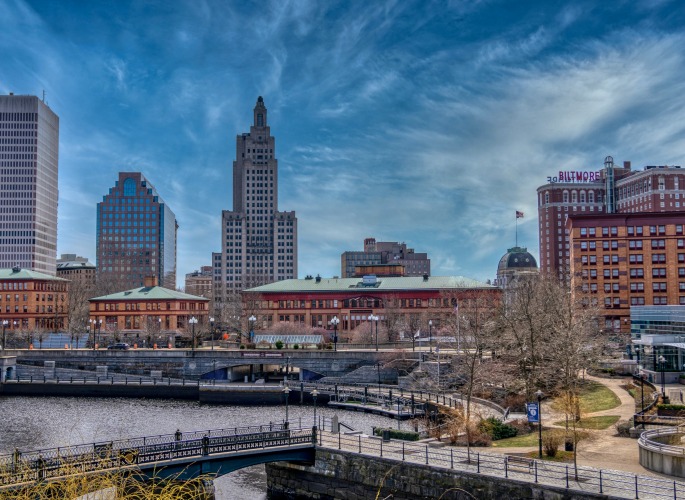 The smallest state in the country is Rhode Island…

It is a true delight to visit.

Made up of only 5 counties, this state embraces coastal living, and still maintains a dense population.

Because of its history, location, and well-known hospitality, Rhode Island is a place that many like to visit regularly.

Before you begin your trip, however, there are a few things to keep in mind safety-wise so that you have the best trip possible.

The overall risk grade for traveling to Rhode Island is low. When you visit Rhode Island you can expect an overall safe trip, especially when traveling through the warmer parts of the year. There are some concerns with congested areas in the state and also traveling on the unkept roads, but the risk is still pretty minimal.

The risk for crimes with transport and taxis in Rhode Island is overall low. Public transportation for residents and visitors is available through RIPTA, the public transit authority in the state, and it is managed efficiently to make sure that riders are following the rules and maintaining a safe and transportable system through the service. Taxis and rideshare systems are also available for those traveling and have minimal risks reported annually.

In terms of the entire state, you have a low chance of pickpockets. The only areas where this happens the most are in heavily trafficked areas and tourist locations like Newport Beach. If you are staying in an area that is heavily congested for the duration of your trip, then your risk will increase to medium.

When it comes to natural disasters, you have a medium safety risk simply because of the state's location. Just off the Eastern Seaboard, there is a chance during hurricane season for one to move up the coast and attack the state. Also, there are fault lines in the state, making earthquakes possible. The most common natural disasters that Rhode Island faces regularly, however, are excessive heat and flooding.

Your chances of a mugging happening while on your visit to Rhode Island is low. While there is some crime, and it is not impossible, most crimes that do take place are non-violent. You have a higher chance of being the victim of a pickpocket incident than a mugging.

The chances of a terrorist risk are medium specifically due to the population density. While it is a small state, there are a lot of people populated together, making the effects of an attack larger than a more rural state like Montana.

When it comes to travelers looking for deals and great rates on experiences, the scam risk is a medium. Some folks will pose as travel or entertainment agents, offering deals and experiences with fraudulent tickets and documents, putting you out of your money and destroying your trip.

For women who are traveling alone or as a group in Rhode Island, your safety risk is low. This does not mean that no risk is out there, as women, it is still important to have situational awareness when traveling at night and out walking.

The tap water risk in Rhode Island is low thanks to frequent testing. What Rhode Island lacks in its infrastructure, they make up for when it comes to testing the tap water and having enough clean water for guests and residents alike. At any time a test comes back with alarming percentages, advisories will be posted for residents and travelers alike.

If you are traveling to Rhode Island for the hospitality, food, and views that come with coastal living, the following places are the safest when traveling.

These towns have some of the lowest crime rates in the state.

To be fair, crime in Rhode Island is significantly lower than in most states in the United States.

These areas, however, have very minimal crime, with the top ones being at around 60 percent below the average city crime rate in the US.

Placess to Avoid in Rhode Island

The areas that you want to avoid in Rhode Island aren’t necessarily towns and cities.

Certain areas, in general, could compromise your safety below:

It is no secret that Rhode Island isn’t in the lead for the best road care, so travelers and locals alike experience lots of potholes and poor road conditions.

This could cause unwanted accidents and traffic jams that could impact your safety.

If you happen to be visiting during winter, Rhode Island does see snow each year, so on top of the already poor conditions in the road, adding snow to the mix can make for dangerous travel when you are visiting the area.

Keep the following safety tips in mind when you head off to Rhode Island.

So... How Safe Is Rhode Island Really?

In reality, Rhode Island is a relatively safe state to visit.

Like all major cities with congestion, they do have a crime potential when you are in certain areas, but the rate is significantly lower than what other neighboring states experience.

Making sure you are traveling in well-lit areas at night and paying attention to traffic and others while on the road during the day should keep you safe and able to enjoy your time in Rhode Island.

How Does Rhode Island Compare?