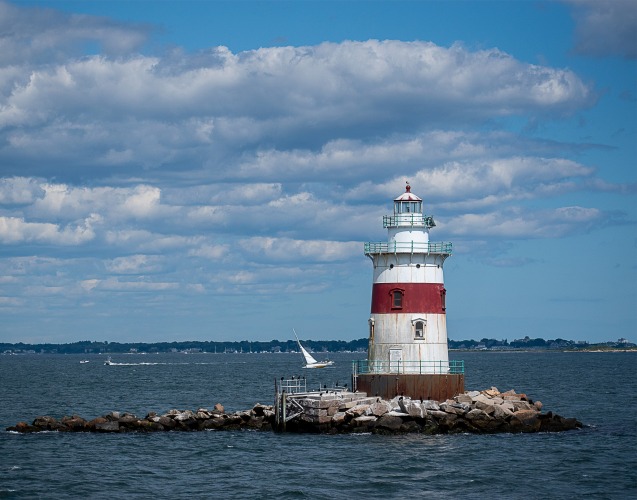 There are times, as a travel writer, I want to ask if I can go to the location and write the story from there.

Warwick, Rhode Island, is one of those places.

There’s just so much to do in just 50 square miles.

Warwick has nearly 40 miles of shoreline with numerous ways to enjoy the water in all seasons.

There’s shopping for all budgets as the self-proclaimed “Retail Capital of Rhode Island” and it’s worth mentioning clothing isn’t taxed in Rhode Island.

Wander through a seaport village bursting with New England Charm.

Take a tour through the large zoo.

I promise you, you’ll want to Instagram the amazing Warwick Lighthouse.

This town of 83,000 people is near some of the most amazing tourist destinations on the East Coast, but you’ll find plenty to do within the city limits or right next door.

Warwick is a safe town with very low crime rates. There's a low risk you'll be a victim of a crime here. The weather can get a little moody from time to time, but it's nothing the local utilities can't handle. There's plenty of transportation to get you around, so you'll be able to explore until you're worn out.

There's a low risk of public transportation in this community and there are plenty of options. From the dial-a-bus that requires reservations to the Local Village Service that runs on a set schedule and then the taxi service with licensed drivers on top of it all. Rideshare services are available here as well. It's also a bike-friendly community if you want to get some exercise while you tour.

There was one report of purse-snatching in all of 2020. That's low risk. Don't let your guard down, however, it's too easy to get comfortable in a safe city and be a victim.

There's a medium risk here especially if you aren't used to a variety of severe weather. Winter storms can cripple the region, even with the full fleet of snow removal trucks. Summer can bring severe thunderstorms and the occasional tornado. It rains a lot more here than the national average. There's a small chance of an earthquake, but not a major one.

There were 7 robberies in Warwick in 2020. Of the 66 violent crimes, only 11 were against strangers. That means there's a low mugging risk here. Most crimes that happened were in homes or vehicles.

There's a medium risk here since it's a major metropolitan area near other big metropolitan areas. New York has already been the target of a terrorist attack and the big cities, especially on the Eastern Seaboard, will remain vigilant against future threats.

There's a medium risk in general of being scammed, but for tourists that risk is low. Most of the reported scams involve phone calls or emails to residents threatening them to pay money or get arrested. A tourist isn't going to get in that mix. However, it's always a good reminder to say that if something seems too good to be true, or requires you to give large sums of money upfront before you get the goods, it's probably a scam.

There's a low risk for women just because all the crime rates are so low. If you're doing a lot of shopping, keep your bags out of plain sight in your vehicle and store them in your hotel room if you can between shopping trips. Just don't be an easy target.

Tap water has a low risk as it meets or exceeds health standards and provides a yearly report where you can review the contaminants found in the water.

Safest Places to Visit in Warwick

OK, I’m about to tell you some really weird names, but I’m also going to tell you how to pronounce them.

There are several village areas around Warick and each is worth visiting.

Each one has dining, shopping, and historical sites to see.

There are 18 marinas if you want to rent or charter a boat or just dream of owning a boat.

Drive along Route 2 if you want to see a variety of shopping options.

Places to Avoid in Warwick

They are separate cities.

West Warick is not part of Warwick.

The violent crime rate in West Warwick is double that of Warwick, but that still leaves it with just one in 544 chance of being a victim of a violent crime.

Only two of those crimes were against strangers in West Warwick.

There isn’t a “bad neighborhood” in Warwick to avoid, but it’s worth noting that during the winter some of the popular tourist areas close early or close completely.

You’ll want to call ahead of time to make sure you aren’t heading into a deserted area.

The crimes here are relatively low, especially for a city in a major metropolitan area.

Safety Tips for Traveling to Warwick

So... How Safe Is Warwick Really?

The crime numbers are lower than the national average and the police are out in full force in this historical community.

Safety in the winter is a big concern if you aren’t used to heavy snow and cold weather.

Temperatures can get wind chills below freezing.

You’ll need plenty of layers, even if you aren’t going far on your adventure.

Nearby West Warwick and Cranston have crime numbers a little bit higher, but still low compared to the rest of the country.

How Does Warwick Compare?