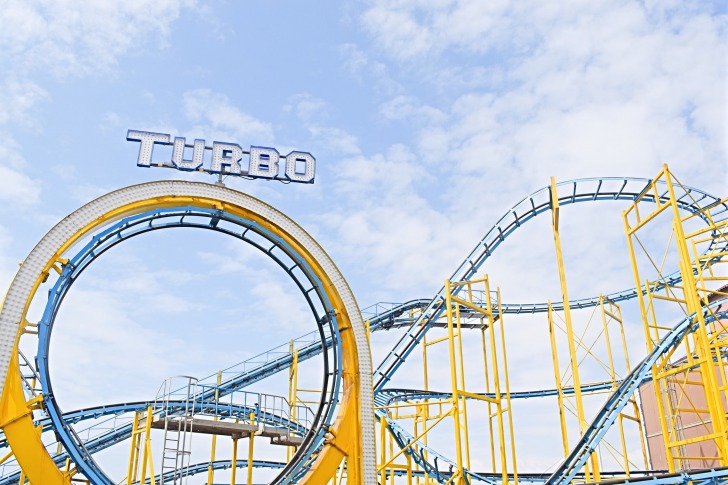 Glendale, Arizona, transformed itself from an old-fashioned city to one bustling with sports, entertainment, and unique desert experiences.

It butts right up to the Phoenix city lines on its east and south borders with Peoria to its north.

The city looks like a Jenga piece, with boundaries forming a backward “L” shape.

If Glendale sounds familiar to you, that’s no surprise.

Not a sports fan?

No worries, as there are spas, shopping, dining, and outdoor options galore.

The Westgate Entertainment District pivots between a daytime shopping destination and a nightlife hotspot.

The open-air mall is cooled by “misters” which spray water onto tourists, but the arid climate soaks up the water before it hits you, leaving a cooling breeze behind.

Glendale is a hot spot in the Phoenix valley, but it brings a certain number of safety risks.

The overall risk is medium in Glendale. Compared to other cities of its size in Arizona, Glendale ranks higher in violent crimes, robbery, aggravated assault, property crime, burglary, larceny/theft, and motor vehicle theft. The Glendale Police PIO told the Glendale Star in 2019, "There’s so much more that goes into a ‘safe’ city. Statistics are just a small portion."

There are several low-risk options for getting around Glendale. The Dial-A-Ride and Glendale Urban Shuttle are low and no-cost options run by the city. You can hail a traditional cab or rideshare, both of which are required to have permits through the Arizona Department of Transportation.

There's a medium risk here because of all the large events that draw crowds. Most are crimes of opportunity. Glendale was named the top "Emerging Travel Destination" by Trivago in 2017. With more tourists, come more crooks trying to take advantage of people.

While known for more than 300 days of sunshine, Glendale still has a medium risk of natural disasters. Summer brings the monsoon, which is a series of fast-developing storms that pop up and then fizzle out, but drop a lot of water and stir up wicked winds during their short life span. There's also the danger of wildfires and the resulting smoke that can coat the Phoenix valley. Sun exposure without proper precautions can quickly lead to heatstroke and dehydration.

Just like pickpockets, muggers are looking for crimes of opportunity in a tourist destination. There's a medium to high risk of mugging depending on if it's a big event season or not. The FBI statistics don't break out individual crimes like mugging, but with assault and theft being higher than cities of similar size in Arizona, this is a beautiful location with an underbelly of crime travelers should know.

This is a low risk. The only big terrorist target in Arizona is the Hoover Dam, which is 4 hours away to the northwest. During big events like the Super Bowl or NCAA Championships, that risk would jump to medium. It's important to note that even with an elevated risk, the Arizona Counter TerrorismInformation Center is open 24/7 to chase after any known risk.

The Better Business Bureau keeps a list of scams in each city, and Glendale has a shortlist of common scams. This gives it a low risk. The key to keeping it that way is being informed of current scams before you travel so you don't fall victim.

The State Department data shows Arizona is a hot spot for human trafficking, giving younger women who visit the area a medium risk. With lots of tourists and the main thoroughfare on interstates combined with the proximity to the Mexican border, the state is aggressively working to inform citizens and tourists of the risks. Girls as young as 9 can be lured into this dangerous situation. Half of the victims are under 16. For women not at risk of trafficking, those theft and larceny numbers we talked about earlier also give it a medium risk. Know your surroundings and keep your purse close and secured.

The tap water risk is low in Glendale and the supply is tested several times daily to meet EPA standards. Glendale is part of a metropolitan area that is always in a battle over water and water rights. It's important when using tap water in Arizona you practice good water conservation methods.

Safest Places to Visit in Glendale

The beauty of visiting Glendale is you can choose to be packed into a stadium of sports fans, cheering on your team, or alone in a desert wilderness with only a desert tortoise to keep you company.

State Farm Stadium is the big draw in Glendale for sporting events, concerts, and trade shows.

Be sure to look up and down while you are there, as the stadium is one of a kind with a retractable field and roof.

The big events bring extra security and security measures for the safety of tourists.

The Westgate Entertainment District offers something for everyone day and night.

All shopping areas have security and routine police department patrols.

Outdoor enthusiasts will love the Elsie McCarthy Sensory Garden, Wildlife World Zoo, Aquarium, and Safari Park, and the nearby White Tank Mountain Regional Park nearby with 30,000 acres to explore.

Placess to Avoid in Glendale

It is safest to stay in tourist destinations in the Glendale area.

You are going to get the most security and police patrols in these areas.

You do need to keep your guard up during events so criminals won’t see you as an easy target.

Crime mapping shows the largest amount of crime happening in the southeast corner of the city as it gets closer to neighboring Phoenix.

If you think of the city shape as a backward “L”, avoid the area where the “L” makes an angle.

There’s not much of a reason to venture into the northern part of Glendale, as it’s mostly residential.

If you do need to visit that area, crime rates get lowered the more north you go.

Safety Tips for Traveling to Glendale

So... How Safe Is Glendale Really?

Glendale isn’t as safe as other cities of its size in Arizona in just about every major crime category tracked by the FBI.

One in every 130 residents is, on average, the victim of a violent crime.

Compare that to Gilbert, Arizona, where the chances are one in 1,305.

The numbers don’t tell the full story, as there are more tourist destinations in this area than other cities of similar size.

Crimegrade.org says Glendale is safer than 13% of other cities nationwide.

In a message from Police Chief Chris Briggs, he says, “We continuously seek new and improved ways to serve by valuing the input from those within our community.

We encourage you to be part of our team and stay engaged with us through our website, social media, and in person.

We recognize that trust and confidence are earned and we are committed to serving those that depend on us.

Through open dialogue and continued partnerships, we can be successful in creating a healthy and safe environment.”

How Does Glendale Compare?