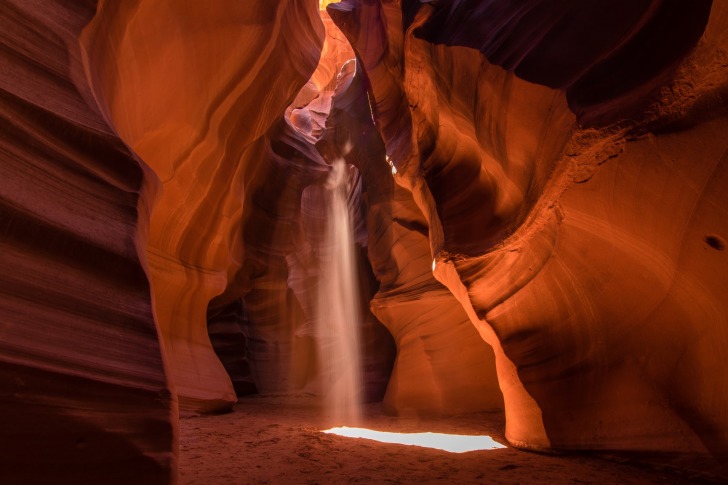 Chandler, Arizona, is part of the Phoenix metropolitan area.

Phoenix is a big city with surrounding cities each offering a certain vibe and Chandler has a special laid-back magic to it.

Located in the southeast part of the metro area, there’s easy highway access, but traffic in Phoenix can be intense.

It’s a good thing there’s so much to do in Chandler to avoid that gridlock.

In the heart of the city, there’s shopping, dining, and entertainment that’s a more relaxed atmosphere than you’ll find in nearby Phoneix.

It’s a blessing and a curse to be on the edge of a growing metropolitan area.

Chandler has become a hub for data centers to the point that citizens are fighting back to limit the number of centers due to noise.

Intel has a large presence in this community, employing more than 11,000 people.

Wells Fargo, Bank of America, PayPal, and Microchip Technology all have locations in Chandler as well.

There's an overall medium risk in Chandler. While it's a little more suburbia than neighboring Phoenix, it's still a major metropolitan area with more than a quarter of a million residents in the city of Chandler. Property crimes and larceny/theft are the top crimes that happen here.

Getting around Phoenix comes with a low-risk thanks to strict requirements from the Arizona Department of Transportation. Most taxis and rideshares have a "Vehicle for Hire" permit. Travelers should confirm their ride has one of these permits before agreeing to the fare.

The Chandler Police Department reported 7 incidents of pickpocketing and purse snatching in 2021. This gives the city a low risk of being pickpocketed. The crime rate for the category of thefts puts Chandler at a rate of 8 theft crimes per 1,000 people.

Despite the sunny reputation of Arizona, there's a medium risk of natural disasters. During the monsoon, storms quickly form during the afternoons and can flood the local washes. Haboobs are giant dust storms that can sweep over the city. There is a high risk of wildfires in Arizona and even if the fire is miles away, the smoke can still cause breathing irritation.

Mugging is a theft by force and there is a medium risk given the statistics released by the Chandler Police Department. Nearly 3500 theft crimes were reported in 2021, but that's down 4% from 2020.

With no hard target for terrorism in the Phoenix area, there's a low risk of terrorism. The Arizona Counter Terrorism Information Center works with citizens and law enforcement to report any terrorism concerns. The closest hard target would be the Hoover Dam in the northwest part of the state.

Arizona is a retirement haven due to its warm weather year-round. This means there's a medium risk of scammers trying to take advantage of people. No unique scams exist in this area. Instead, scammers use the same methods they have for years.

There is a medium risk for female travelers in this area who are younger and a low risk for women over 30. Chandler ranks as one of the top 10 cities for women in technology. It's assuring to know there are women in this area who feel so safe moving here that they are driving top-ranking national lists. The main risk for young women is that Arizona is one of the top three sex trafficking states in the country, with females as young as 14 being taken into the trade.

The tap water risk in Chandler is low. A 2020 Water Quality report showed the water meets all government standards. The city tests the water several times each day to keep the quality high. The biggest water challenge in Chandler is that it's in part of the country where a two-decade drought is threatening precious water resources in the desert.

Safest Places to Visit in Chandler

Chandler has a downtown district, a relief for travelers who don’t want to fight the traffic to get to downtown Phoenix.

There are stores and dining available to suit all spending levels.

The Crayola Experience is good family fun and it’s just one of five in the whole world.

The Chandler Fashion Center is a great place for a shopping spree and the second largest mall in Arizona.

If shopping puts a dent in your pocketbook, walk through the free Eddie Basha Collection of art and see amazing works that bring western and Native American art to life.

Then get out and enjoy the sunshine at Veterans Oasis Park where the city gives way to the desert.

You can also walk through the Solar System here.

A replica built on a much smaller scale has monuments built for each notable part of space as we know it.

Chandler is a walkable city, with many people choosing to ditch the car and ride bikes instead.

There is a bike trail that runs 315 miles through the metropolitan area and Chandler has a few stops on that route.

Places to Avoid in Chandler

The crime data maps show the north and northwest parts of Chandler have the highest crime rates.

Social reviews suggest the older the neighborhood, the more likely it is you should avoid it.

There is also social chatter that south of downtown along Arizona Avenue there can be some sketchy parts.

The places to avoid in Chandler aren’t really in the tourist areas anyway, so there’s no reason to venture away from the hot spots unless you are traveling to other cities in the Phoenix metro area.

You should treat any area with common safety steps, like locking car doors and putting convertible tops up, and keeping a close eye on personal belongings.

Safety Tips for Traveling to Chandler

So... How Safe Is Chandler Really?

The Phoenix/Mesa/Chandler metropolitan area is the 12th largest in the country.

It brings in a lot of snowbirds (people who live there half the year to avoid harsh northern winters) and tourists.

Add in the nearly 5 million people that call it home, and there’s going to be an inherent crime risk.

The overall crime rate in Chandler is higher than the national average with 60% of cities being safer based on crime data.

Crimes of opportunity are the biggest risk for tourists.

Don’t let your purse or wallet out of your sight and keep it close to your body.

The chances of theft range from 1 in 64 on the west side of town and 1 in 329 in the southeast section.

Each division has officers assigned and caters to the unique needs in that sub-section of the city.

How Does Chandler Compare?