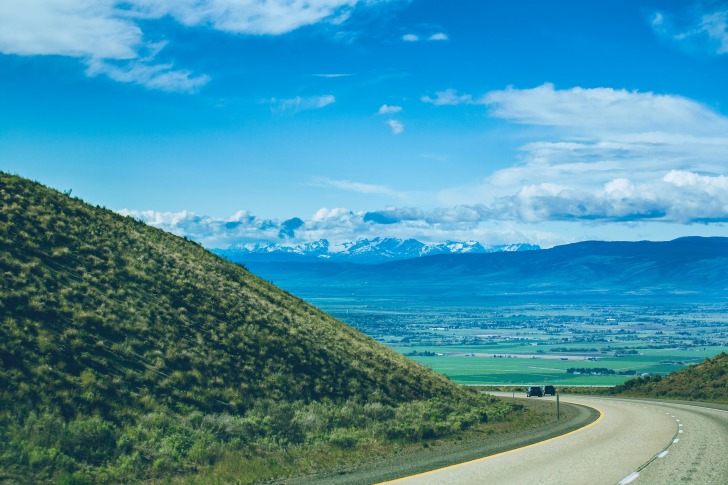 Yakima is the agricultural heart of Washington state.

If you’ve ever enjoyed a nice, cold beer, you can thank Yakima as it produces the bulk of hops in the nation.

More than 1,000 varieties of fruit and vegetables are harvested here, and 90 of the farms are organic producers.

All that lends itself to a diverse community built around enjoying the literal fruits of labor.

There are U-Pick farms to choose your fruit of choice and you can tour some local farms to see how they work.

Across the Yakima Valley, another fruit brings in tourists—grapes.

Grapes that are turned into wine.

There are more than 120 winery locations throughout the region.

Nestled in the Yakima Valley, this city feels far away from the busy city life of Seattle, yet it’s only two hours away.

The Yakima River provides water adventures when the weather is warm enough.

The Yakima Valley has two casinos and six golf courses, while the White Pass Ski Resort is just an hour west.

There's a medium risk in Yakima. The city has a history of its violent crime rate being above the national average. There's a gang problem in Yakima. The burglary rate is among the highest in the nation. When you dive deep into the crime data, many of these crimes are committed against victims who were known by the assailant. A much lower percentage was crimes against a stranger, but we'll dive deeper into that in a bit.

Yakima Transit provides transportation around town and offers a "Dial-A-Ride" for trips on demand. The state of Washington requires background checks for taxi drivers. Rideshares are also an option. Given the high crime rate in this area, we'll still give this a medium risk and recommend getting a rental car for your safety, even if just out of an overabundance of caution.

There's medium risk. Crunching the FBI numbers from 2020, of the 2,308 larceny/theft crimes that happened, 43% of them were in places where a tourist might be, like a hotel, restaurant, sidewalk, or business. 48% were in homes.

There's a low risk of a natural disaster in this area, but you might be surprised to find out there's a better chance for a volcano than an earthquake or tornado. Geological footprints show that even if there was a volcano at Mr. Adams, Mt. Ranier, or Mt. St. Helens, the biggest risk would be ash deposits. Yakima gets about 18 inches of snow and 73 days of rain a year, both much lower than the national average.

While robberies against strangers only make up 14% of the robberies in the city, it's still a medium risk due to the potential of crime in this area.

There's a low terrorism risk in this area. Gangs and violence in the community are the biggest concerns.

There were 14 reports of scams in 2020 in Yakima. There's a low risk overall, but scammers can be a little more brazen in this crime-ridden community. Keep your wits about you.

A study in 2014 showed that 51% of people in Yakima didn't feel safe walking around at night. Those are the people who live there, so a tourist should be extra cautious before even thinking of walking around at night. 43% of victims of violent crime were women according to FBI statistics, so we're given this a medium risk during the day and a higher risk at night.

Yakima water safety scores 91/100 which means... excellent quality! There are no known health risks. You can drink tap water in Yakima with no worries.

Safest Places to Visit in Yakima

There are four main areas for wineries:

These wineries hold more than 17,000 acres of vineyards ripe for tasting options of all kinds of wine.

This is also a beer country with hops being produced for 70% of the nation.

They keep the best ones for themselves to fuel the craft beer scene that just keeps growing in Yakima.

Not only can you taste your way through the craft beers, but you can also tour the hops fields and get an up-close look at how they are grown.

There are 16 farms in this area where you can pick your fruits and vegetables.

The soil is rich in volcanic deposits and makes for a harvest you can’t find anywhere else in the Pacific Northwest.

Outdoor activities abound in this region where you can choose from hiking, snowshoeing, horseback riding, climbing, wildlife viewing, and water activities.

There are also many bicycling paths, each with its stunning view.

Places to Avoid in Yakima

Yakima is the epicenter of gang activity in Washington state, according to the Yakima Police Chief.

Crime maps show that gang activity can be found on the east, south, and north sides of town.

You mustn’t engage in gang activity or with gang members.

Night hiking is a popular activity for those wanting to get a clear view of the night skies, but you need to make sure you’ve got the right safety equipment.

Even the warmest days can get chilly at night, so bring a sweatshirt or jacket and a blanket for stargazing comfort.

You’ll also need a flashlight or headlamp for each person on the hike.

Safety Tips for Traveling to Yakima

So... How Safe Is Yakima Really?

It’s not all that safe, but there’s not an imminent danger for the average person.

The majority of the crimes in Yakima included victims known to the assailant or criminal.

How at risk is a tourist in Yakima?

There’s still a high crime rate to worry about in general in Yakima.

You don’t want to wander around at night in strange neighborhoods.

You don’t want to go away from your tourist or business destination.

The small town perception of Yakima isn’t as quaint as it might seem in other American small towns.

This is one where you have to keep your guard up.

How Does Yakima Compare?