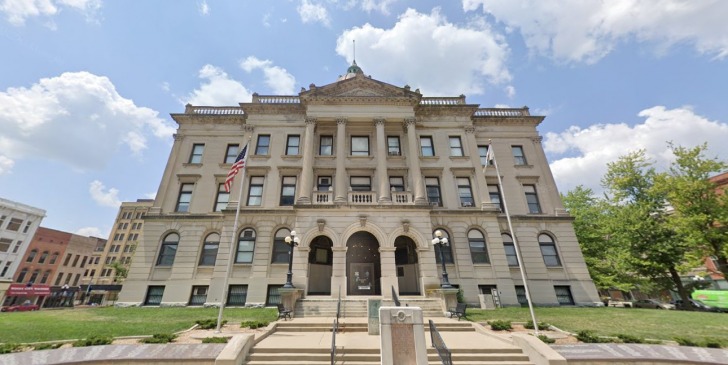 Bloomington, Illinois, is about as close to normal as you can get.

No, seriously, it’s right next to the city of Normal in central Illinois.

You’ll find in your research, as I did mine, there are a lot of Bloomington-Normal references, and that’s why.

You might even think the actual name of the city is Bloomingtonormal because it is so frequently said that way.

This region sits about halfway between the major metropolitan areas of Chicago and St. Louis.

There is also a city named Bloomington in Indiana and Minnesota, so be sure you’re researching the one in Illinois.

Bloomington has a popular downtown area with some kind of event happening almost every week of the year.

When people refer to Uptown, that’s in Normal.

Each season brings new activities to Bloomington-Normal and it’s also part of the famous Route 66 that went all the way across the country and more than a dozen landmarks still stand to honor the route, but watch out for “Dead Man’s Curve.”

This is the city that brought Beer Nuts to the world and you should take a few bags home with you as presents for loved ones.

Bloomington is also the headquarters for the insurance company State Farm.

There are a lot of family attractions in Bloomington-Normal, from history museums to a popular zoo to outdoor farming adventures and a handful of wineries.

There's a low risk in Bloomington, which is a nice change of pace from an otherwise violent crime-ravaged section of the state. While Bloomington hasn't escaped feeling some impact of gun violence and the opioid crisis, it has managed to keep crime rates lower than in some other communities. 2022 is proving to be a tough year, and this city could easily move into a "medium" risk soon. We'll go into that in a little bit.

There is a public bus system around Bloomington-Normal called Connect Transit. You can also get taxis and rideshares easily. Having a car here is ideal, especially if you want to ride Route 66 at your own pace. All options are low-risk and easy to access.

There's a low risk of being pickpocketed but that risk goes up during any of the many festivals in this region when crowds are big and crooks are looking for crimes of opportunity. As it stands from the 2021 numbers, there's a one in 109 chance of being a theft victim.

Bloomington gets extreme weather potential throughout the year, so it's a medium risk that you need to prepare for. Spring can bring severe thunderstorms and tornadoes and that potential lasts until winter. Then the risk of snowstorms and ice storms comes up. There aren't many weather events here that come without warning, so you'll always have a heads up about the potential for severe weather if you're paying attention.

With just 24 robberies, there's a low risk, but it's also still a potential risk. This is even more important as crime rates are up 10% in Bloomington in 2021.

You can rest assured there's a low risk here. Terrorists are more likely to go after bigger cities like Chicago or St. Louis than the medium-sized city of Bloomington.

Scams were one of the things driving up the 2021 crime numbers, but those were mostly focused on COVID-19 scams at a local level. It's not something a tourist would feel the impact of.

Bloomington didn't report sexual assault numbers for 2020, and the 2021 crime details just have one category of "sex offenses", which could be anything from rape to peeping toms. The last specific data available was in 2019 when eight rapes occurred. There are a lot of things to do for women here, and there's really nothing indicating there's any more risk for women than men. I would still stand by the "don't walk around at night alone" advice and practice basic personal safety. That will give you a low risk.

According to the 2021 Annual Water Quality Report, "The City of Bloomington Public Works Department’s water meets state and federal standards for both appearance and safety." That's a low risk.

Safest Places to Visit in Bloomington

Whether you want to watch a wallaby or play near a red panda, Miller Park Zoo is the place to be.

The zoo has a strong social media presence and regularly posts videos and live streams to YouTube so you can get a feel for the attraction before you go.

Be sure to explore the rest of Miller Park and you can see a decadent home that’s also a dedicated war memorial.

There’s also a lake there where you can rent paddle boats in the warmer months.

For some outdoor exercise and exploration, walk or bicycle the Constitution Trail between Bloomington and Normal.

As it stands now, there are nearly 40 miles of trails, and expansion plans are in the works.

There are some really neat museums here too.

Arcadia is an interactive arcade museum where you play pinball until your fingers hurt or slay in Super Street Fighter.

The Funk Prairie Home Museum is the former home of the Funks and it comes with its own funky vibe.

Wait until you see the gem and mineral collection.

This museum is also free.

The Prairie Aviation Museum is a smaller museum in terms of aircraft count, but rich with film history as three of the planes are connected to the Top Gun movie franchise.

Grab a map of Historic Route 66 and take a ride down memory lane.

One warning – this road does stretch across the state of Illinois and, if you aren’t paying attention, you might drive all the way to Joliet, where it begins, or to the Missouri state line.

Check the city calendar for events happening during your visit.

This town has a wide variety of restaurants from many different cultures.

Places to Avoid in Bloomington

According to crime maps based on 2020 data, the central part of the city has the most crime, and the farther you go east, west, or south, the lower the crime gets.

You can search for crimes happening closer to your time of visit on the police department’s website.

There isn’t really a place to avoid or a bad part of town, but there are neighborhoods that might feel a little sketchy.

The great thing is the city is laid out well with its surface streets, so there’s not a lot of reason to cut through a neighborhood.

There are a lot of people who pronounce Illinois wrong, so I want to save you an eye roll from a local.

I grew up on the Missouri/Illinois border and I can tell you it’s downright annoying when people say the name of the state incorrectly and then argue with you about it.

With so many outdoor adventures here, you need to avoid going places like the Constitution Trail if storms are in the forecast.

You don’t want to be caught outside far away from safety as a shelf cloud is moving in or if heavy snow starts to come down.

Safety Tips for Traveling to Bloomington

So... How Safe Is Bloomington Really?

Many cities don’t offer the transparency of the Bloomington Police Department when it comes to crime data.

The most recent available data for most cities is from 2020 when departments submitted details to the FBI for an online report.

Bloomington Police have updated their numbers for 2021, which is very helpful.

They also have live crime mapping on the website, so you can search for yourself.

Here’s the challenge facing Bloomington in the 2021/2022 snapshot.

Homicide rates are going up.

As of April 2022, there have been five homicides already in Bloomington, setting the stage for a potentially record-breaking year.

The record of nine homicides happened in 2018.

Assault offenses went up in 2021, as did drug offenses.

Both of those could be tied to the growing gun violence, gang problems, and the opioid crisis.

Theft, stolen cars, and robberies were down in 2021.

Bloomington’s crime rates are generally around the state and national average, which is a nice break from cities like nearby Peoria, which have incredibly high crime rates.

If you’re choosing between Bloomington and Normal, they both have about the same rates with a slightly lower violent crime rate in Normal but a higher property crime rate.

How Does Bloomington Compare?