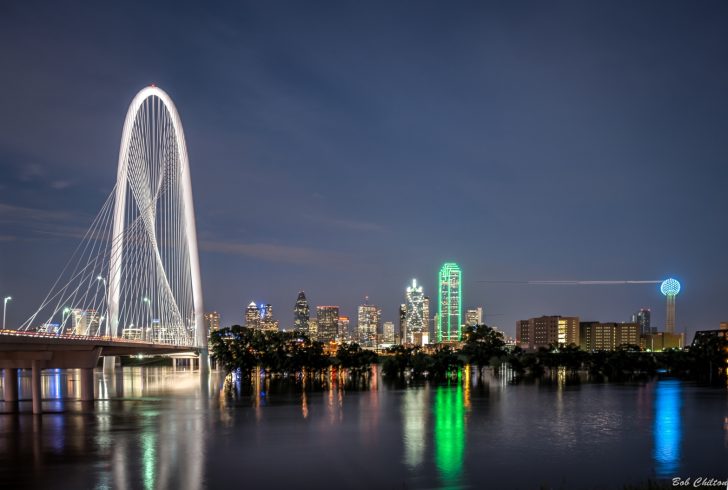 Dallas is the largest and the city the highest population in the Dallas-Fort Worth Metroplex.

Being located in the north-central portion of the state, The Metroplex is the most populated area in Texas.

The city of Dallas is very important for this party of the United States, as it is home to the Dallas Cowboys of the National Football League, and you won’t be able to make a step here without knowing how important that is in Metroplex.

If you’re looking for a regular tourist experience here, look no further, since this city is filled with gorgeous sights, parks, restaurants, more shopping centers per capita than any other city in the US, (which is why it’s known as a shopper’s paradise), places for long walks and photo opportunities.

It is the commercial center of the entire region, but it’s not only pretty sights in Dallas: there are many culturally important landmarks in this city, too.

For example, in Downtown, you can visit the Sixth-Floor Museum overlooking the place where President John F. Kennedy was assassinated in 1963.

There’s also the Arts District, where you can visit The Dallas Museum of Art and the Crow Collection of Asian Art.

Even though it's said that crime rates have been on a decrease in Dallas, you should still be very careful around mentioned neighborhoods. Avoid sketchy areas and walking around unknown places after dark and take normal precaution measures.

In Dallas, cars are the primary means to get around the city. Public transport is somewhat unreliable though Dallas does have light rail and buses ran by The Dallas Area Rapid Transit (DART). The light rail can take you to many tourist landmarks downtown, but they're mostly meant for commuters because they run every 10 minutes during rush hours and then slow down to two trains per hour. Buses exist but they're extremely time-consuming.

The pickpockets aren't that common in Dallas, except on the public transportation, metro, bus and railway stations. The rate of petty crime is on a major decline for the past couple of years. It is wise to watch your belongings while on public transport or in crowded places.

As for natural disasters, Dallas has been known to fall victim to occasional floods, fires, earthquakes, tornadoes, and windstorms.

Violent street crime is not too common of an occurrence if you avoid dangerous areas of Dallas that even locals rarely dare to walk around.

The city of Dallas hasn't been the target of any terrorist attacks recently, but the attacks shouldn't be ruled out. Be aware of your surroundings at all times.

Just like in other tourist destinations, there will be people trying to scam you in Dallas, too. Homeless people can be aggressive and use force when you don't want to hand them money. Be wary of anyone trying to distract you, flashing large signs in front of you or ATMs that look like they've been tampered with.

Dallas is very safe for female solo travelers. Following basic precaution measures should completely minimize the chances of anything going wrong. Just act as you would in any other country or your hometown, and you should be fine.

So... How Safe Is Dallas Really?

Although Dallas is relatively safe to visit, there are still areas that are best avoided, like in most cities in America.

Avoid, or at least be extra vigilant around the areas of South Dallas, West Dallas, and certain parts of East Dallas.

Fair Park is a lower-income area, and this is where criminal activities related to cars often happen, like car break-ins or car thefts.

Never leave any valuables inside of a car.

Also slightly dangerous are areas like Greenville and Mesquite, and by all means steer clear of the cheap hotels, “meth motels,” that can be found along the freeway.

They are known for criminal activities, narcotics, and prostitution, so tourists are strongly recommended to stay in places far from the highway.

Keep in mind that Texans are allowed to carry concealed guns after fulfilling training and a background check.

Stations are often unsupervised, so be vigilant while on the trains as homeless and panhandlers are common, and there are pickpockets everywhere.

How Does Dallas Compare?