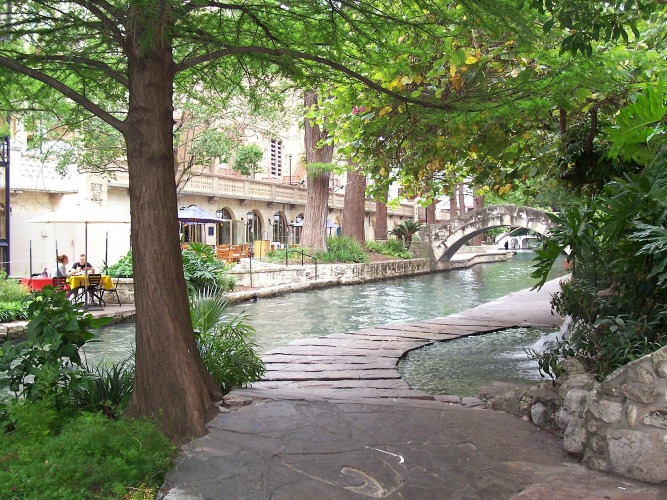 Garland, Texas is in the northeast part of the Dallas Metropolitan area, and with a population of 230,000, is one of the larger cities in Texas.

The city was founded in 1891 and was a distance from Dallas at that time.

Today their borders touch. Garland is an upscale area with 300 or so manufacturers in the area.

It borders Sam Rayburn Lake and has a lot of parks and other outdoor areas for public use.

Garland is the home of some of the famous Stetson hat makers, and a lot of microbreweries have risen in recent years.

The historic downtown has a lot of old west charm and a lot of restaurants and pubs.

The waterfront area also has its share of charm with a lot of shops and eateries.

The Spring Creek Forest Preserve has 300-year-old trees and lots of green spaces.

Garland has a little of the small-town atmosphere, and it can be a great base for exploring the greater Dallas-Forth Worth area.

Garland has a crime rate that is lower than the state and national average. It is an upscale community with low unemployment and low poverty rates. It is much safer than Dallas as far as crime. Its property crime rate is worse than its violent crime rate.

Garland is served by the greater Dallas bus system and can connect you to anywhere in the Dallas metropolitan area. Some taxis can get expensive. If you want to do a lot of sightseeing, it is best to rent a car.

There are not as many pickpockets as there used to be, and there are not many in Garland. It is rare for one to be reported. Still, it is a good idea to keep your wallet secure.

Over the last 100 years, there have been two very destructive tornadoes. One was only about 10 years ago. The area is conducive to tornadoes, so that is a concern, especially in the spring. Rare ice storms can also create havoc on the roadways.

This type of crime can happen anywhere, but there is not an excessive number in Garland. There are a few bad areas where your risk would go up. There are also areas of Garland that are safe at night.

Large population centers like Garland could be a target for terrorists, but so far they have not been active. Domestic terrorism is becoming more of a concern, but so far it has not been an issue here.

There are a lot of retirees in Garland, and they are the most common targets of scam operators. Most of these are online, or by telephone. There might be someone trying to sell a fake ticket on occasion, but this is rare as well.

Garland is extremely safe for women. Women travelers, even alone, are common. There are areas where it is not good to go out at night alone, but there are also areas that are safe all the time.

Garland is on a lake, and there is plenty of water here. The city provides safe clean water that meets all state and federal guidelines. You can safely drink the water here with confidence.

Safest Places to Visit in Garland

The safest area may well be the waterfront district.

It is a launching point for fishing and water sports, and there are a lot of restaurants and pubs.

It is popular with locals, and with people wanting to enjoy water sports of various kinds.

It is a nice and safe area to visit.

The Spring Creek Forest Preserve is a city-owned preserve with trails and old-growth forests to explore.

The downtown area is safe in the daytime at least, and for groups at night.

The downtown has the historic railroad depot and many other historical buildings.

There are a lot of pubs, microbreweries, and restaurants there as well.

Live music happens often in the downtown area as well, and there is a lively arts district nearby.

People who live there say the northeast section of town is the safest area.

The area is also famous for its barbeque restaurants, and some claim to be as old as the state of Texas itself.

The eastern section around the lake is also very safe, but there are not a lot of people living in that area.

Places to Avoid in Garland

Garland has a low violent crime rate, but its property crime rate is near the state average.

You are more likely to have something stolen than you are to be physically attacked.

The downtown section has the highest crime areas.

The waterfront area also has a fair amount of property crime at night, but normal precautions will keep you safe there.

The area north of the Lyndon B Johnson Freeway, which is near downtown, has the highest crime rate in the area.

The bad areas are very bad though.

The communities of Bellaire Heights and Brentwood Village have astronomical violent crime rates at 4500 and 3200 per 100,000 people respectively.

The further south you go, the worse crime gets.

South of Rowlett Ave, and Broadway Ave, are safe in the daytime, but kind of marginal at night.

The tourist areas are patrolled well and crime is kept low.

The parks are all very safe during the day and many close at night.

Safety Tips for Traveling to Garland

So... How Safe Is Garland Really?

Garland is rated as the best city in Texas, and No. 8 in the nation, for first-time homebuyers.

Home values, commute time, crime rate, and many other metrics were used to make that determination.

If it is a good place to move to, it must also be fairly safe.

The cost of living is relatively low as well, ranking among the least expensive cities in the nation.

Garland does have some crime like most cities its size does.

It has its good and bad areas, but overall the city is pretty safe.

Overall, the violent crime rate is a little below the national average, but property crime is higher than in many areas.

In Garland, you are more likely to be a victim of theft, than you are to be murdered or assaulted.

Murder, rape, and robbery were close to or under the national average crime rate.

Assaults were higher, but still below average.

Property crime is a different matter.

General theft was the biggest cause of that.

Burglaries and car thefts were only slightly above the national average.

The worst areas are in the southwest, especially around Interstate 635.

The northern and northeast parts of town have very low crime rates.

The downtown has a higher crime rate, but not as many people live there, and that can skew the statistics.

Overall, the good areas of town are very good, and the bad areas are a lot worse.

If you avoid the bad areas, you should not have any problems.

How Does Garland Compare?