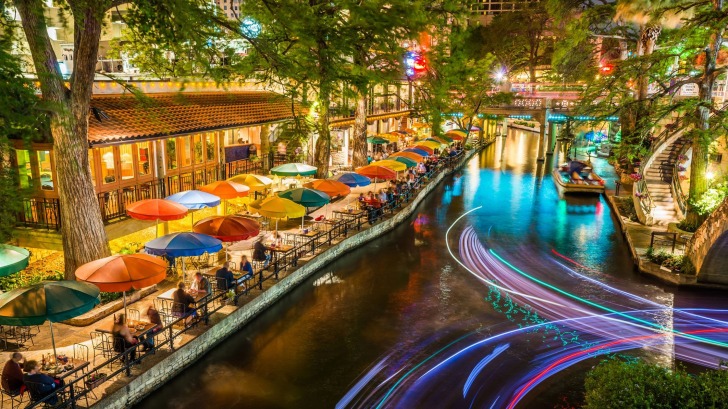 San Antonio is not only the second-largest city in Texas but also the 7th largest in the United States.

It’s a gorgeous city that lies at the axis of three different geological terrains: Hill Country, South Texas Plains, and Prairie and Lakes.

San Antonio is a big city with a small-town feel and it offers something for everyone.

It is Midwestern in its conservative nature, liberal in guarding civil rights and the Hispanic influence melts into every aspect of the city.

Downtown San Antonio is marvelous, very much alive, the park system is good, and food choices are quite varied.

San Antonio is, overall, a safe place to visit. As with any other urban area, just like you would in your city, pay attention to your surroundings and stay safe.

Taxis and other means of transportation are, overall, very safe to use in San Antonio, apart from pickpockets and petty thieves in buses, trains, and stations that may try to steal from you while it's crowded.

Pickpockets aren't the biggest threat in San Antonio, though you might encounter bag snatchers. Don't be too worried, but you should remain vigilant after dark and in crowded places.

Even though San Antonio is outside of Tornado Alley to the south, it may also be at risk. It's also susceptible to other natural disasters, like floods, fires, and earthquakes.

San Antonio is mostly safe when it comes to mugging and kidnapping, but it is recommended that you avoid poorly lit and deserted streets and dangerous areas known for street crime.

Excluding isolated mass shootings, San Antonio hasn't been the target of any terrorist attacks recently, but the attacks shouldn't be ruled out. Be aware of your surroundings at all times.

There aren't many scams in San Antonio. Still, be wary of people trying to distract you to steal from you and of people overcharging you for various services. We advise you to be extremely careful when handling money and around ATMs.

San Antonio is somewhat safe for female solo travelers. There are no issues that would endanger females specifically but general caution is advised. Following basic precaution measures should minimize the chances of anything going wrong.

So... How Safe Is San Antonio Really?

San Antonio is, overall, a safe place to visit, but it has many flaws.

As with any other urban area pay attention to your surroundings and stay safe.

Most areas of San Antonio are safe while some are a little sketchy – but at all times you have to be aware of your surroundings, day and night, and use common sense and safety precautions.

Especially at night or in big crowds, anywhere, be careful and you’ll generally be fine.

San Antonio isn’t too liberal – that’s the first flaw – and even though the LGBT community is gaining more widespread acceptance, travelers are advised to avoid public displays of affection.

Also if you are driving around on the freeways and main streets day or night bear in mind there are a lot of road rage incidents in San Antonio so if you cut someone off by mistake they may decide to come after you.

Cars are frequently broken into, even in “nice” areas.

The worst neighborhoods in San Antonio are usually the Southside or the Westside.

You will find that Hispanics in this town tend to be very kind and respectful.

How Does San Antonio Compare?