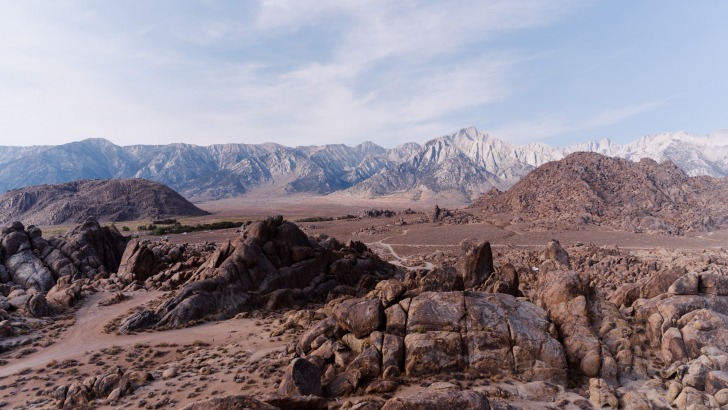 Known as one of Alabama’s most progressive cities, Dothan has much to offer for visitors, including breathtaking natural scenery, mild winters, unique cultural entertainment options, and a distinct Southern charm and atmosphere.

With a population of 71,072 as of 2020, Dothan is Alabama’s 8th-largest city, boasting amenities that can normally be found in big cities while retaining its small-town vibe.

Originally settled by Creek and Alabama Native Americans, Dothan used to be known as Poplar Head.

White settlers first came to the area in the 1830s, renaming the city Dothan, a reference from the Bible, since another Alabama city also had the name Poplar Head.

Today, Dothan is a thriving city with plenty of things to see and do for tourists and residents alike.

If you’re considering a visit to Dothan, here are some tips to prepare you for your trip.

Neighborhood Scout says that Dothan has a crime rate of 40 for every 1,000 residents, giving it a higher-than-average crime rate. This statistic means that a person’s chance of becoming a crime victim (either violent or property) is one in 25. However, a poll conducted by Niche shows that 73% of respondents think that Dothan is a safe city, with only 3% saying they think the city is not safe. Whether the poll participants are residents or people who’ve simply visited Dothan is unclear, but it’s worth noting the difference between the results of this poll and the above statistics. Based on these findings, Dothan is a medium-risk place when it comes to safety.

Dothan has a public bus system run by Southern Coaches. According to their website, they have maintained the highest US Department of Transportation Safety rating, “Satisfactory,” since the company opened in 1989. Not much information is available about taxi safety in Dothan. But Wiregrass Safe Taxi, with 70 Google reviews, appears to be the most-used taxi company in the city. There are no visible complaints about safety with the company, although customers have complained about generally low-quality service. These findings indicate that Dothan’s transport and taxi risk is low.

There’s no online information about pickpocketing specifically, but, according to Niche’s Property Crime Statistics, the city of Dothan has a rate of 2,978.3 thefts per 100,000 residents, which is above the national average of 2,042.8 thefts. The pickpockets risk, based on this finding, is medium to high.

Although Dothan has had mild winters with only one instance of heavy snow since 1950, the city is susceptible to certain natural disasters such as thunderstorms, hail, and (sometimes) tropical storms and floods. In August 2021, several tornadoes touched down on the west side of Dothan. Even though there were no human casualties, some minor damage did occur. All in all, despite Dothan’s vulnerability to certain types of natural disasters, casualties are few and far between, so the city’s natural disasters risk is low to medium.

No data is available about mugging in particular, but a report by Niche’s Violent Crime Statistics indicates that Dothan has a rate of 116.7 instances of robbery per 100,000 residents. This is below the national average of 135.5 cases. Dothan residents say that the northwest part of the city is the safest from robberies (1 in 1,658 chance of being a victim). In the southeast neighborhoods, on the other hand, a person’s chance of falling victim to this sort of crime can be as high as 1 in 724. Given the findings, the city of Dothan has a low mugging risk.

Although like in many other US cities, terrorist threats have been made in Dothan before, no terrorist acts have been carried out. Some of the most recent threats include a 15-year-old threatening to shoot up his school, a 31-year-old man threatening to attack a Mcdonald’s, and a 30-year-old man making threats against the Dothan Utilities Department. Based on the findings above, the terrorism risk in the city of Dothan is low.

There’s limited online information about scams in Dothan, but, in July 2021, the Dothan Police Department issued a warning on social media about phone, mail, and PC scams. According to a post on their Facebook page, scammers had been “spoofing numbers to make it appear official on caller ID as a city number,” while similar crimes had been taking place online and via mail. The following month, Dothan police arrested a scammer, a man who had been using a false name and identity to obstruct justice and recovered $70,000 for the victims. Based on the available information, Dothan has a medium scam risk.

Not a lot is known about women’s safety in Dothan; however, the city’s rape statistics might provide some useful insight. In 2020, the city had a rate of 39.4 rape incidents out of 100,000 residents, with 27 reported incidents. Compare that statistic to the national average of 38.4 incidents per 100,000 people. Because the Dothan and national rape statistics are similar, it can be concluded that Dothan has a medium level of risk for women travelers.

According to Dothan Utilities, the city doesn’t have any active health-based violations of the Safe Drinking Water Act (SDWA) as of April 2021. And Dothan’s last non-health-based violation was resolved on December 31, 2020. The city’s tap water is generally considered safe to drink, giving it a low tap water risk.

Safest Places to Visit in Dothan

The southwest is also considered fairly safe, with an average of 209 crimes per year.

The city is filled with safe and interesting places to visit.

The city hosts the annual National Peanut Festival and displays whimsical “nut-themed” statues throughout town—hence its reputation as the “Peanut Capital of the World.”

In addition, art lovers can take a stroll downtown, enjoying the colorful murals painted on the buildings.

Shopping and dining options abound downtown and by the historic Ross Clark Circle.

Finally, a trip to Dothan wouldn’t be complete without catching a glimpse of (and perhaps taking a photo with) the downtown monument dedicated to Dr. George Washington Carver, the great American agricultural scientist, and inventor.

Placess to Avoid in Dothan

With 1,017 crimes per year, the north parts of Dothan are considered the most dangerous.

A person’s chance of falling victim to a crime in the north is as high as 1 in 7, while it’s only 1 in 45 in the city’s west part.

Just like in most other places in the US, walking alone at night is strongly discouraged.

A poll conducted by Area Vibes shows that 30% of respondents don’t feel “safe at all” and would “never walk alone at night.”

Only 22% and 17% of respondents say they feel “extremely safe” and “fairly safe,” respectively, indicating that it isn’t particularly safe to walk alone at night in Dothan.

Dothan’s crime rate is roughly the same as Alabama’s average but higher than the national average.

But one’s safety in Dothan depends on their location in the city.

Safety Tips for Traveling to Dothan

So... How Safe Is Dothan Really?

Dothan is relatively safe for visitors as long as they’re aware of their surroundings and stay in the safer areas, e.g., the northwest and southwest parts.

Downtown is one of the most popular areas in Dothan, and it also happens to be filled with an array of things to see and do while being reasonably safe.

In terms of extreme weather, November through May is when tornadoes are most active in Alabama, although tornadoes can happen during any part of the year.

Even though casualties from tornadoes in the state are quite rare, visitors need to be aware of the risks.

As long as visitors do their due diligence, they can safely enjoy their trip to Dothan, experiencing all the charm and beauty that make the city unique.

How Does Dothan Compare?