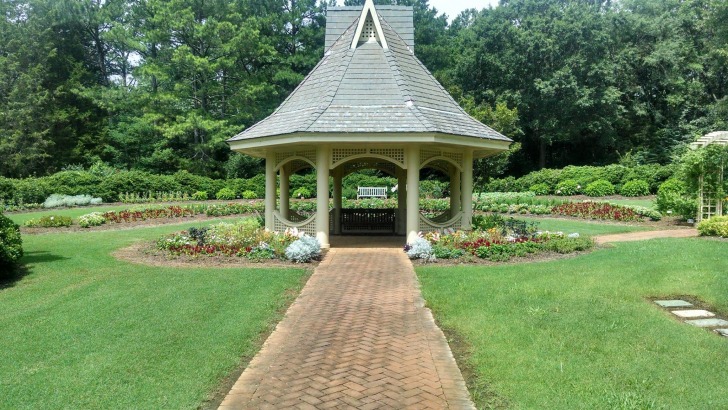 Huntsville, Alabama, is known as “The Rocket City” for its rich history in the space program.

It’s nestled in northern Alabama and while the city itself boasts a wide range of places to visit, the entire DMA Nielsen Market expands across all of northern Alabama to include the Shoals area and Sand Mountain region.

The city is home to the U.S. Space and Rocket Center and brings in students from across the globe for “Space Camp” every year.

If you’re just looking at the space stuff, you are missing out.

There is so much military history at Redstone Arsenal, musical history in the Shoals, and natural beauty throughout Sand Mountain as the hills start an eastward buildup toward the Appalachian Mountains.

In a population battle that has been long brewing across Alabama, the 2020 census showed Huntsville is now the largest city in the state.

The secret is out – this is a thriving business community, tourist corridor, and technology industry focal point that offers a good quality of life on top of it all.

Overall, the Huntsville area is a medium risk for danger, though many pockets of the area outside of Madison County, where Huntsville is located, would be considered low risk.

A ride in Huntsville is easy to come by and there's low risk when you call a cab. There's a required business license by the city of Huntsville for any business that offers rides in taxis, rideshare, or limousine. The city also has rideshare opportunities for business travelers in the CommuteSmart rideshare and Enterprise Rideshare. Traveling federal employees can get $260 a month toward the commuting cost through the Transit Benefit Program.

There's a medium risk of pickpocketing in Huntsville. Nearly 5,000 thefts were reported in the city in 2020. More than 40% of those cases were solved, and that's more than twice the solve rate compared to national numbers. Many pickpocket crimes in Huntsville could be those of opportunity. People might look up at the amazing Redstone Rocket and not keep a close eye on their belongings.

Huntsville brings a medium risk of natural disasters, but in April it might jump into the high category. While not in the traditional "tornado alley", northern Alabama is a hot spot for tornado activity. Just ask any local about the April 27, 2011 storm and they'll remember with vivid clarity where they were that day. Winter averages two days of snowfall in the northern Alabama corridor.

There's a low risk of mugging in Huntsville barring an accidental wander into a rough neighborhood. Huntsville Police reported 213 robberies in 2020 and nearly 60% of those were solved. Visually, it's easy to tell in Huntsville when you are in a good neighborhood vs. a sketchy one.

The terrorism risk in Huntsville is medium, mostly due to two potential targets – The U.S. Space and Rocket Center and Redstone Arsenal. Both are government-run operations. One holds historical information and artifacts of the U.S. Space Program and the other is a land full of top-secret information and the design of ballistic missiles. Redstone Arsenal is home to the Missile Defense Agency and the Missing and Space Intelligence Center. Between the two potential targets, they are working to pave the way to Mars with the Space Launch System.

The risk of a scam here is at a medium level. The grade is not to say there are a lot of scams here, but more that people in the Huntsville area are nice, trusting people who want to help. Law enforcement regularly sends out a list of scams to residents and the media. The scams ebb and flow throughout the year.

There's a medium risk for women traveling solo. This is the south, so people will naturally be friendly if you are out alone, but be on guard for anyone who approaches. Just because it's a nice town doesn't mean there aren't bad people trying to take advantage of tourists. Be especially careful when using the biking or running trails alone, as it's easy to zone out and not be aware of the surroundings.

Drinking from the tap in Huntsville is a low risk. Huntsville Utilities oversees the quality of the water. In the past 4 years, there have been no violations of the Safe Water Drinking Act. The only eyebrow-raising concern comes from the Redstone Arsenal area where in the past 6 years there has been at least one report of Per- and Polyfluoroalkyl Substances (PFAS) leaking into the water, but PFAS comes from a variety of sources and some levels can be common in any drinking water.

Safest Places to Visit in Huntsville

Huntsville brings southern charm with a modern twist and a salute to the past.

There’s so much to do and you can safely do it all.

More than three million people visit Hunstville and the surrounding area each year.

Just keep your belongings close as you marvel at the world of space history and the future.

Downtown Huntsville went through a transformation a few years back, and it’s evident at every turn.

As the entertainment district of Huntsville, it draws crowds to restaurants and shows.

Big Spring Park is the Central Park of Huntsville and it’s right in the middle of it all.

42 community watch organizations keep an eye on crime in this hotspot.

Bridge Street Town Center is the shopping Mecca of this community with food, stores, and entertainment.

Security monitors the mall and the West Precinct of the Huntsville Police Department patrols regularly.

Placess to Avoid in Huntsville

A viral video related to a crime in Huntsville came out a few years ago.

You might remember the “Hide your kids, hide your wife” interview.

This came from the Lincoln Park area of Huntsville, which is one area to avoid while visiting and there isn’t a tourist reason to go there anyway.

The North Precinct of the Huntsville Police Department reported the most robberies and burglaries in 2020.

This area is filled with colleges, an industrial park, and the construction of several big companies, such as a Facebook data center.

This location is outside the big tourism corridor of the city.

Downtown Huntsville does have homeless camps.

Safety Tips for Traveling to Huntsville

So... How Safe Is Huntsville Really?

Huntsville is a city dedicated to growing technology, missile defense, and space exploration.

It cannot afford to be crime-ridden as it grows and breaks the mold of what one would assume an Alabama city is like.

Huntsville is ranked as the third best place to live by U.S. World and News Report.

The aggressive project led by the organization Downtown Huntsville has cleaned up many trouble spots to make it a walkable, enjoyable experience whether you are taking in a show or just going for a stroll.

It doesn’t mean you should let your guard down, but it is a whole different downtown than it was 10 years ago.

In Madison County, which is where Huntsville is located, the Alabama Law Enforcement Agency (ALEA) shows assault is on the rise while robbery has been on the decline since 2016.

Around 30 homicides happen each year in Madison County.

Huntsville’s crime rate is lower than the national average and lower than other cities of similar size.

How Does Huntsville Compare?