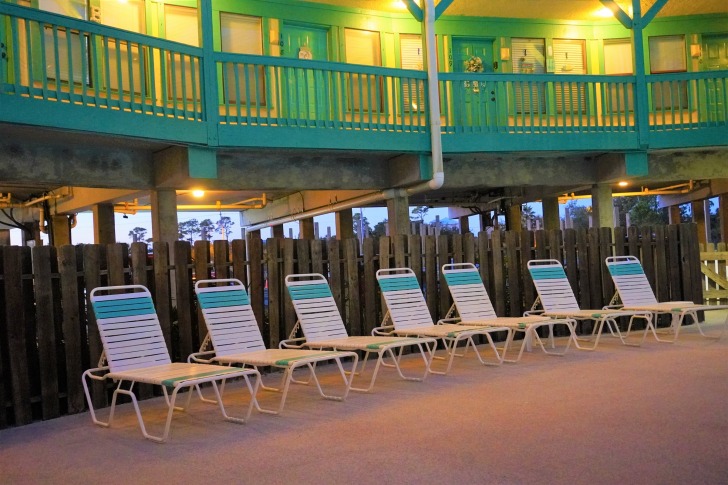 Gulf Shores, Alabama, shares the name “The Redneck Riviera” with many of the Florida Gulf Shore beaches.

Many people don’t realize that Gulf Shores is not part of Florida, but it’s right next door and you’ll never notice the difference.

The white beaches and blue skies beckon, but this city keeps adding attractions that are exciting and fun but also can help relieve traffic to the beach.

This is a city of 15,000 people but swells to nearly seven million tourists spread throughout the year.

This is a summer getaway, a spring break destination, and a break from the winter blues up north.

It’s important to note that the most active part of the Hurricane Season here is from mid-August through mid-October, so always be watching the tropics before heading out for a trip here.

This isn’t a quiet beach getaway.

This is where you come to try every fruity drink, ride a rollercoaster, swim with dolphins, dance the night away, and shop til you drop.

I spent a few weekends in Gulf Shores and it was always such a hard spot to leave with so much to do.

If you want a quieter experience, Orange Beach is just seven miles east.

If you’re visiting during spring break, there is an alcohol ban on the beach during that time.

This is all in the name of safety, so families can enjoy the soft sandy white beach as much as a college sophomore.

You also have the beaches of Pensacola, Florida, just about an hour’s drive away.

There's a low overall risk here. The crime statistics are low even for the population size, much less for the hoards of people who visit. There's a lot of fun on a variety of levels, from conservative families to people looking to let loose and drink.

There are plenty of taxis and rideshares available. You can also rent shuttles or boats. I really liked having a car here because I could park and walk along a lot of beach activities, but could also pick up and go to some of the off-beach attractions as well. Any way you travel, there's a low risk.

There's a low risk here. Just 24 pickpocketing reports have been filed since 2017. It's also a good reminder that if you keep your stuff secure and don't leave valuables showing, you can keep crime rates down.

You definitely have to worry about hurricanes here from June through November and severe thunderstorms throughout the year, but they peak in the summertime. There's a medium risk because too many people ignore the storms and stay outside, which can be dangerous or deadly. Several people have died in the past few years for not following the "When Thunder Roads, Go Indoors" rule.

There's a really low risk here. Just three robberies were reported in the whole year of 2020 in Gulf Shores.

The closest hard target for terrorists would be either Mobile to the west or Pensacola to the east, but there's a low risk of an attack on Gulf Shores itself.

There's a medium risk here mainly because of rental scams. A few things to avoid - people who want you to wire money in advance to reserve a home, a ridiculously low price, people who can't prove they have a rental license or show you proof of a utility bill in their name. This is one time it pays to avoid the convenience of the internet and call a Gulf Shores local rental company to get a rental home set up for you.

Overall, women are safe with low risk, but there's a concern when it comes to drinking at one of the many bars. Drink a glass of water between each alcoholic beverage and don't take a drink if you haven't seen it being made or opened. Don't leave a public place with a person you just met. If you have had too much to drink, don't risk the walk back to the hotel or rental home - call a cab or rideshare.

The water here is safe to drink and has a low risk. There's a difference in the water quality between the tap and the water in the Gulf, but you should check both before you arrive to see if there are any contamination warnings.

OWA Parks & Resort is a new compilation of attractions and events 10 miles north of the beach in Foley.

The company has a great YouTube page to see all the attractions come to life.

Downtown OWA (ooh-WAH) is shopping, dining, and just sitting down to rest for a few minutes kind of place.

There’s a theme park with wild rollercoaster rides and an indoor water park.

Theatre shows are also available and a hotel is right on the property.

While you’re in Foley, shoppers will love (I know I did) the Tanger Outlets.

It’s one of the nicer outlet malls I’ve been to, but be warned – it is open-air, so when it’s humid, you’re going to be sweating a lot.

The Alabama Gulf Coast Zoo is a great way to see animals without accidentally running into one in the wilderness (looking at you, an alligator that scared me half to death).

The zoo is home to nearly 120 animals and 22 of them are considered endangered species.

It always makes me laugh when I see questions like “Can I bring my dog to the zoo?” (not a service animal, a pet dog).

I look at my Golden Retriever and think “You would terrorize every animal at the zoo in the name of being friendly.”

So, no dogs are allowed except service animals.

Alright, let’s head to the beach.

You will find an abundance of souvenir shops and cute little stores.

There’s a doughnut store with doughnut pizza and doughnut burgers.

I had the largest stack of BBQ nachos I’ve ever seen at The Hangout, which is the center point of downtown Gulf Shores.

There are fishing charters as well.

I would recommend taking the trip west to Fort Morgan State Park.

It’s right on the peninsula where the Gulf meets Pelican Way with great ocean views that once provided a great view of enemy ships approaching.

There’s a beach here too if you want to get away from the crowds.

The Gulf State Park is near the main section of the beach but also has trails and picnic areas.

My friend who came with me on the trip loved running here in the morning.

You can go through wooded sections that end up at the beach.

I was shopping at the nearby Ron Jon Surf Shop, so I can only take her word for it.

Places to Avoid in Gulf Shores

It’s less about places to avoid and more about times of year to avoid.

In late summer and fall, you are at the mercy of the tropics and the potential for hurricanes.

If a storm is approaching, the entire area will be shut down (Hello, travel insurance!).

As recently as 2020, Hurricane Sally hit this area as a Category 2 hurricane.

Spring Break is going to be crowded on the beach and hotel prices and rentals are going to skyrocket.

This is a little tamer than, say, Daytona Beach, Florida.

The rules are really cracked down during this time – like no alcohol is allowed on the beach from late February through mid-April.

If you choose to stay in Foley or another nearby city, get to the beach early in the morning to avoid the insane traffic.

There are two roads that get you to this beach.

You could sit in traffic for an hour or more waiting to get close to the beach if you start the trip after 10 am.

So... How Safe Is Gulf Shores Really?

Gulf Shores somehow finds that balance of being a party destination and a family-friendly adventure.

The crime rates are low.

Probably the biggest frustration you’ll have there is the traffic or the crowds, depending on the time of year.

There were just 29 violent crimes reported in 2020.

It was a pandemic year, right?

The largest crime numbers, outside of thefts, were driving under the influence and public intoxication.

That shows how seriously the police take keeping this community welcoming and safe.

How Does Gulf Shores Compare?