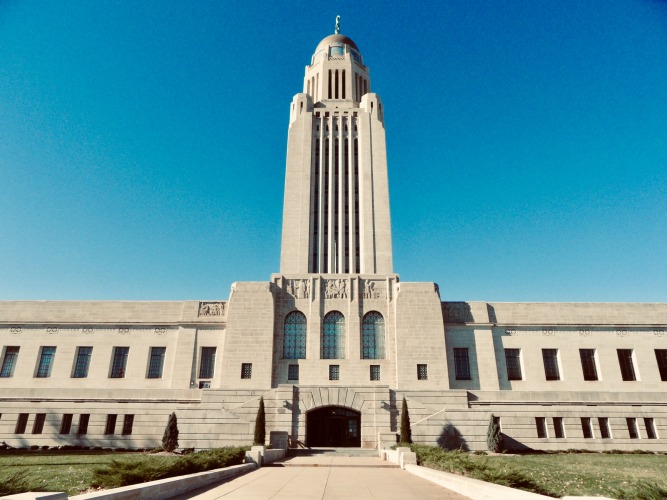 If you live or have ever visited Lincoln, Nebraska, you will find plenty of fun things to do and a historical museum that chronicles the city and local history.

Here is an overview and facts about Lincoln and all it has to offer, according to Planetware.com:

The capitol building cost $10 million and 10 years to build.

It is rich with retail outlets, restaurants, pubs, and art galleries.

It is home to the largest mammoth and fossilized elephants.

It also houses a restaurant and is the site of many street festivals and farmers’ markets.

It has three gardens, the Healing Garden, with its pure white flowers.

The Perennial Garden and the Annual Garden.

It has eight miles of hiking trails where visitors can see bison, white-tail deer, elk, barred owls, and even wild turkeys.

You can see armadillos, owls, snakes, and alligators.

Those that are considering places to go in Nebraska should be very careful if their travel includes a stop in Lincoln. The crime level is one in 33, which is higher than 98% of the cities and towns in other parts of the state. According to Crimegrade.org, the city is given a rate of C, making it higher than most U.S. cities. Those that live or visit Lincoln, are at risk of crime as high as one in 18 in the west portion of the city. It is as low as one in 59 in the southeast area of the city, which is the safest.

Just about any area can be dangerous for pickpockets if you are not careful and Lincoln is no different. Most pickpocketing occurs during events and festivals when people are distracted and may not notice their purse is open or their wallet is coming out of their pocket. It is always best to be extra careful when attending events that draw big crowds, like festivals, farmers markets, sporting and entertainment events.

Everyone thinks of tornados when they think of the corn belt, but they are about the only natural or weather-related disaster found in the area. According to Worldpopulationreview.com, Nebraska ranks #5 when it comes to tornadoes each year with an average of 57 tornadoes. They come after Texas, Kansas, Florida, and Oklahoma. In Nebraska, tornadoes don’t typically cause widespread damage, but they can be powerful. It is best to check weather reports before you travel to the area and if there is a tornado warning, it is best to take cover and follow safety directions.

Those that travel to Nebraska shouldn’t have to worry too much about being mugged in the rural areas of the state. Most of the violent crimes occur in the larger cities, and mostly at night. You will be safer if you stay in well-lit areas with a lot of people. Most muggings occur in Omaha, so you should be careful and not be out alone at night.

The risk of terrorist acts in Nebraska is exceedingly low. Most terrorism is at the federal level and intercepted by the FBI. There is some risk of shootings, but those are done most frequently by individuals, and not formal terrorist groups.

Scam risks typically occur in areas that have more tourists. Since Lincoln is not a mecca for tourism, it is rare to find a lot of scams. One thing that everyone should be mindful of, is when they purchase entertainment tickets. On occasion, scammers may sell fake tickets to sporting events and entertainment venues. Also, travelers should never get in a taxi if it doesn’t have signage or clearly state that it is a taxi or rideshare service.

Women traveling alone should always be extra careful. Using common sense like staying in groups, and staying away from dangerous areas is a given. In most cases, women should be safe in most areas of Nebraska, with most of the issues occurring in the largest cities, like Omaha and Lincoln.

Unfiltered water probably won’t taste very good in Nebraska because it comes from deep below the soil. The state has a very good water system in most of the larger cities, so you may not even notice a difference in taste. Even if it doesn’t taste quite right, the water in the area is quite good and is not dangerous.

Safest Places to Visit in Lincoln

The safest places to visit in Nebraska are the outskirts of the largest cities and in the rural areas.

Nearly half of the state’s population is in the Omaha and Lincoln area.

This is also where most crime occurrences happen.

There are numerous great places to visit that are safe for the whole family:

In addition, there are several interesting museums for those looking for indoor activities.

Places to Avoid in Lincoln

Omaha and Lincoln are the two largest cities, and where most of the crime occurs.

As you can see by the numbers, Omaha is above the national average for property and violent crime.

Here are the statistics:

Safety Tips for Traveling to Lincoln

Whether you’re traveling to Lincoln or London, you should always be aware of your surroundings and be diligent about staying out of dangerous areas.

Here are some additional tips for safe travel no matter what your destination:

So... How Safe Is Lincoln Really?

Nebraska is a very safe state as long as you stay away from the big cities, especially Omaha.

There can be a criminal element anywhere, but they are more active in large cities.

Other than the big cities, Nebraska is below the national average for crime, so you should be fine as long as you don’t go into the big cities at night.

Here are some additional tips about the state:

How Does Lincoln Compare?