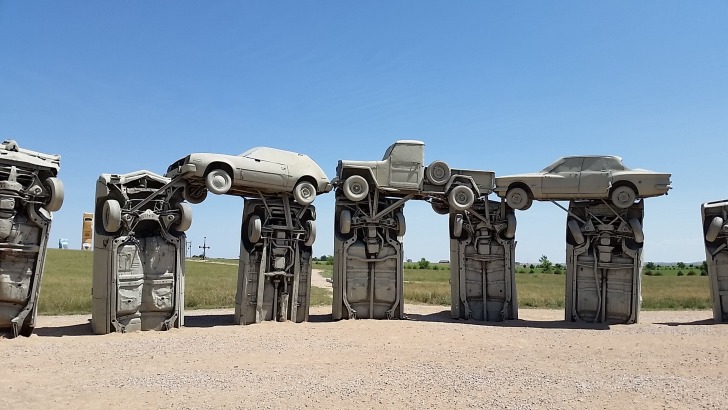 Nebraska is in the heartland of America, and it is called the Cornhusker state for a reason.

There are hundreds of miles of corn growing in summer, as well as other crops.

It is one of the nation’s leading agricultural states and is rural for the most part.

There are a lot of areas where there are few people, and that normally keeps things safe.

Big cities like Omaha have a lot to offer, but still don’t have a lot of crime.

You can travel to Nebraska and feel very safe. Several lakes and parks give outdoors fans a lot to explore, and there are a lot of interesting places to see.

It’s a lot more than corn.

Nebraska is below the national average in both violent crime and property crime. Maybe it is the rural nature of the state, but in many areas, crime is not much of an issue. Nebraska has low unemployment and low poverty levels.

In rural areas, there is not much public transportation available. In larger cities such as Omaha or Lincoln, the buses are clean and are reliable. Very few problems have been reported with taxis either in the larger cities. There have been rare reports of fake taxis.

During big public events like festivals, pickpockets seem to come out and prey on tourists using public transportation. Bigger cities tend to have more crime and pickpockets are just looking for an opportunity. With some common sense and awareness, you shouldn't have any serious issues.

Tornadoes are a risk during the spring storm season. Pay attention to warnings and seek shelter if there is a warning. Tornadoes are the closest thing to a natural disaster there is in Nebraska. They usually don't cause widespread damage, but they are very powerful and can be deadly.

In rural areas, you are very unlikely to meet a mugger. In Omaha or Lincoln, you probably won't see one during the day or in tourist areas. If you are out alone at night in certain areas of Omaha, your risk will go up sharply. Omaha has the highest crime rate, and that includes the highest mugging rate. If you do not go out at night alone, your risk is pretty low.

There is very little risk of terrorism in a rural state like Nebraska. Even so, domestic terrorism has become a bigger threat and is on the radar of national security agencies like the FBI. There is always the risk of someone shooting at people, but that is rare here.

Nebraska is not a tourist Mecca so that cuts down on scams to some degree. Sometimes fake tickets are sold to major festivals and other events at inflated prices. Buy tickets from reputable places. Taxis are licensed and marked. Don't get in a taxi that is not officially licensed. There are fake taxis at times.

It is safe for women to travel anywhere in Nebraska. In the cities, you need to pay attention to your surroundings, and not go out at night alone, but with normal precautions, women should not have any issues traveling in Nebraska.

Water tends to be hard in Nebraska, coming out of the ground. That means untreated water will not taste very good. The state has a great water system in all cities, and they all produce good quality water. It may not always taste great, but it is healthy and not dangerous. The risk of having problems with the water in Nebraska is extremely low.

Safest Places to Visit in Nebraska

The absolute safest places would be where there are the fewest people.

These two are visited by a lot of people but remain very safe places.

Parks on the western half of the state are interesting but not visited by many people.

It may not be the most beautiful state, but Nebraska does have a lot of nice natural wonders to explore inside parks.

Nearly half the population of the state lives in the Omaha and Lincoln areas.

The rest is very rural and very safe.

Placess to Avoid in Nebraska

Four in 1000 people will be crime victims nationally.

In Omaha, you are twice as likely to be a property crime victim than you are in the rest of the state.

Omaha has the same issues a lot of big towns have.

They are safe during the day but there are areas not safe at night.

Omaha has the highest crime rate, followed by Grand Island and Lincoln.

The northeast area of Omaha is the most dangerous.

Safety Tips for Traveling to Nebraska

So... How Safe Is Nebraska Really?

Except for Omaha, Nebraska, it is a very safe place.

The state itself is below the national average in almost all criminal categories.

Omaha, on the other hand, is above the national average in several categories of crime.

Lincoln, the second-largest city in the state – and only 50 miles away – has a much lower crime rate.

There are a lot of state parks and small towns to explore in Nebraska.

They are interesting and fun, and they are very safe.

lt is very rare for there to be a crime in a state or national park.

Even Omaha is relatively safe.

It is a big city and has crime issues.

Most of the crime is in isolated areas, and if you stay in tourist areas, you probably will not be exposed to that side of town.

During the day it is very safe, and public transportation is safe as well.

At night, many areas are safe.

It is just some areas that are not safe to be in alone at night.

It is a good idea to stay alert in Omaha and take the normal precautions you would take in any city.

Lincoln is the second-largest city and is a college town.

It feels like a college town and has a lower crime rate than Omaha.

This town is very safe, especially around the University of Nebraska campus.

It is safe to be out in that area at night.

Nebraska is the 23rd ranked state as far as property crime.

The state is still three percent lower than the national average for property crime and all types of crime.

Schuyler, Seward, La Vista, and Columbus, all have a very low crime rate, the lowest in the state.

How Does Nebraska Compare?