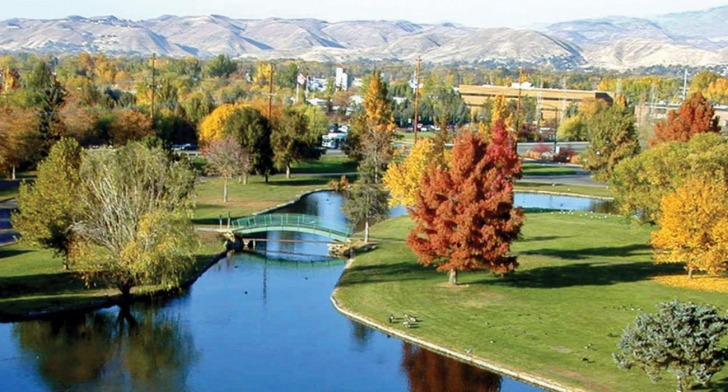 Boise is the capital and most populous city of the U.S. state of Idaho and is the county seat of Ada County.

The city rests at the base of the foothills of the Rocky Mountains along the plain of the Boise River which winds through the city.

Boise is the administrative and cultural hub of Idaho.

Many of the attractions in the city center around its status as the state capital.

The city is one of the safest in the state. Tourists can feel comfortable here. The usual precautions are recommended.

Public transportation could be not safe late at night. Beware of pickpockets. Taxi is comfortable and safe.

Pickpockets are usually found in tourist places or in crowded public transport. Take care of your pockets and don't carry a lot of valuables with you.

Natural disasters are rare in Boise, but be aware of fog in the winter months while driving, which can set in suddenly and be very thick.

Usually, armed robberies or serious crimes do not happen in this city. But tourists are advised to be careful late at night and in bars on the outskirts.

Boise hasn't been the target of any terrorist attacks recently, but the attacks shouldn't be ruled out. Be aware of your surroundings at all times.

You should be wary of homeless people and beggars. Also, be careful if a stranger stops you on the street asking for help. It could be a distraction to rob you.

Boise is safe for female solo travelers. Just use common sense like in any other city.

So... How Safe Is Boise Really?

Idaho has one of the lowest crime rates in the country.

In the West, only Utah’s crime rate was lower according to data from the Idaho State Police Department.

The index of crime is low in Boise.

Violent crime is quite rare, but common precautions such as locking car doors and securing valuables are always wise.

Women should use caution if they are alone at night.

Boise is friendly to LGBT persons and has an anti-discrimination ordinance extending to sexual orientation. But areas outside Boise may not be so friendly.

This city is very safe as it is mostly a farming community, where people are busy with their livestock and orchards and are self-sufficient.

Most of the safest cities in other states are safe because those cities have high median income levels, signaling that no one is driven to crime out of desperation.

Despite all the safety, the level of criminal incidents has increased over the past couple of years, so tourists are advised to be careful, especially at night.

How Does Boise Compare?