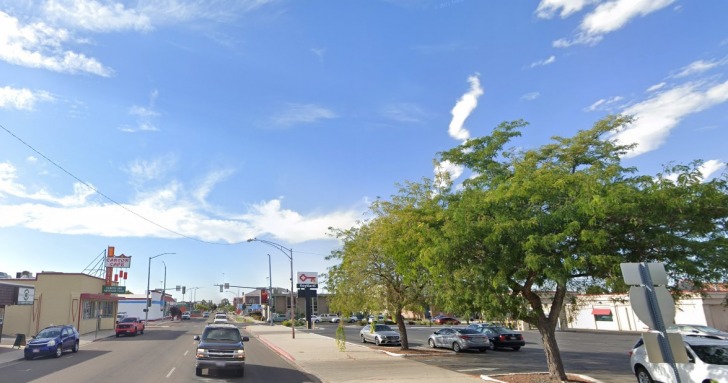 Caldwell, Idaho is a fast-growing city about 30 minutes west of Boise that is still holding on to its rural charm while dealing with its own growing pains.

This area is known as the Treasure Valley.

While it’s a suburb of the bigger Boise, it still has plenty of amenities to keep tourists busy in the Caldwell city limits and surrounding wilderness areas to the north and west.

Idaho as a whole has been experiencing a “Californication”, where people from California move to enjoy lower taxes and better scenery while working from home.

You might find prices are higher there than you’d expect because of this.

Caldwell gets a bad reputation for being crime, drug, and gang-ridden.

While there were definitely some moments in the city’s history that validate part of that claim, the latest crime numbers are rather intriguing to a data nerd like me.

The 2020 crime numbers were all over the place compared to the trends of the previous five years.

Some went way up while others went way down.

There's a low overall risk, and I've got good data to back up that it's not the crime-ridden wild West of Idaho. In fact, even the higher crime rates of the past five years are still below the national average. It might not be the fanciest town and it might have its fair share of crime, but nothing that should stop anyone from visiting.

There's no public transportation like a bus system. You can get a rideshare or taxi, but maybe not as on-demand as you'd like. Having a car is almost a must here. There's a medium risk when driving because this growing area wasn't ready for the influx of people and it can take up to an hour to get to Boise during the rush hour. Caldwell is also ranked as one of the meanest cities for drivers, according to an AAA study. Even as I write this, there was a man killed in a road rage incident in Caldwell just last week. Be careful on the roads here and stay calm.

There were just two purse snatching reported in 2020 but get this - each was a loss value of nearly $1500. This is the reason we strongly urge you to never carry around valuables in your purse or wallet. Only bring one credit card and your ID. Caldwell residents don't care about fancy name-brand purses either. Pack light and unluxurious when visiting here.

The risk of natural disasters in Caldwell is very low. Canyon County Emergency Management identifies the following as hazard risks in this area; dam failure, drought, earthquakes, floods, landslides, severe/extreme weather, and wildfires. You're going to get a little bit of a risk from everything in Caldwell. While on an average day there's a low risk, it's good to plan ahead for the big events that are more likely to happen, like winter storms, extreme heat, and wildfires.

There's a low risk of being mugged. There were just five robberies in 2020 and that's even higher than the year before, a non-pandemic year. On average since 2011, there are no more than 11 robberies a year here. Just one of the robberies in 2020 was in a public place.

The risk of terrorism is extremely low here, there are no national symbols we believe any terrorist group will target in the future.

There's a low risk of a tourist being scammed here. The biggest scams reported are phone call spoofing scams and fraud at stores where customers steal stuff.

The sexual assault rate is lower than the national average, with 11 assaults reported in 2020. There's not really a risk that is greater for women, but this is a rural area with a lot of rugged lifestyles. I'm a girly girl and I'd probably tone it down if I visited Caldwell, but that would only make me more likely to get weird looks, not make me any less safe.

The superintendent of the Caldwell water utility wrote, "I'm pleased to report that our drinking water is safe and meets federal and state requirements" as an introduction to the annual water quality report. Feel free to use the water with low risk.

Safest Places to Visit in Caldwell

There’s a lot to do outdoors here, probably more than you can fit into a weeklong vacation, but there are also indoor attractions as well.

Some of you might be surprised this is a pretty great wine country.

Places like Hells Canyon Winery and Ste. Capelle are kept busy year-round with visitors and nobody complains that the wine isn’t as good as Napa.

You can get stunning views of the mountains or the Snake River from most wineries.

Some places do recommend or require reservations, so plan ahead.

The Terrance Drive-In Theatre is an old-school way to have a romantic date night or a family night.

You can even bring your dog as long as it is on a leash.

They don’t charge by car, only by the number of people.

A drive through the Sgteunenberg Residential Historic District is a great way to see more than 300 historical homes and one of the largest historic neighborhoods in Idaho.

The Van Slyke Agricultural Museum is a blast from the past dating back to Civil War buildings and artifacts through the agricultural birth and boom of Idaho.

You can even learn a lot about train history here and how food was kept cold before refrigeration was invented.

Lake Lowell Park is nearby in Nampa and the Deer Flat National Wildlife Refuge is right next door.

Between the two, you can hunt, fish, boat, hike, see wildlife, picnic, and just about anything else you can legally think of outdoors.

Places to Avoid in Caldwell

Crime maps show the area south of I-84 south to Linden has the highest crime rate, but that’s also one of the busiest parts of the city.

In general, you’re going to find more crime along interstates and downtown areas in most cities.

You want to avoid looking downtown for a parking garage because there isn’t one.

The city struggles with not having enough street parking for events, so people end up walking a long distance to get downtown.

That’s just one of the growing pains in Caldwell.

Whatever you do, don’t talk about how much better things are “back home.”

Especially if “back home” is California.

While Idahoans are friendly, they don’t want anyone coming to the state and changing their way of life.

They are done hearing about how great things are anywhere else.

This is also a very conservative area, so if you aren’t conservative, don’t start a political discussion.

Avoid trying to drive to Boise during the morning or evening rush hour, or it could take you twice as long.

Plan to travel very early in the morning or after dinnertime for a faster commute.

Safety Tips for Traveling to Caldwell

So... How Safe Is Caldwell Really?

Caldwell has seen worse days, but it’s getting better.

There was bad gang and drug activity in the early 2000s and that reputation has haunted it to this day.

However, looking at the last five years, their numbers are either steady or going down.

Caldwell was also a city whose crime statistics went all wonky in 2020 due to the pandemic.

72% of the violent crimes that happened in 2020 were in private residences, so there’s not a big risk for a tourist of that happening.

Pickpockets and purse snatching were around two incidents per year, no matter how high the theft rate and car break-ins stayed around 30% of the total number of thefts.

Caldwell is a fine place to visit, but it’s not the nicest, cleanest, or most pristine city in the Treasure Valley area.

How Does Caldwell Compare?