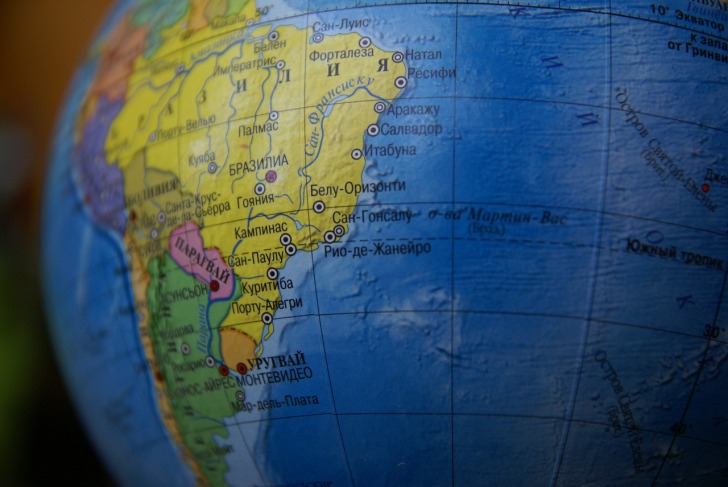 Unfortunately, South America has a bunch of stories about violence and political crimes.

Being a popular destination among tourists, this continent still makes people think about the safety of their journey.

Of course, there are places that are really safe and places tourists should avoid so it’s important to learn some safety rules before visiting South America.

After learning the statistics of global safety indexes, peace ratings, and governmental travel advisories, we’ve prepared the rank of the safest countries for traveling in South America. 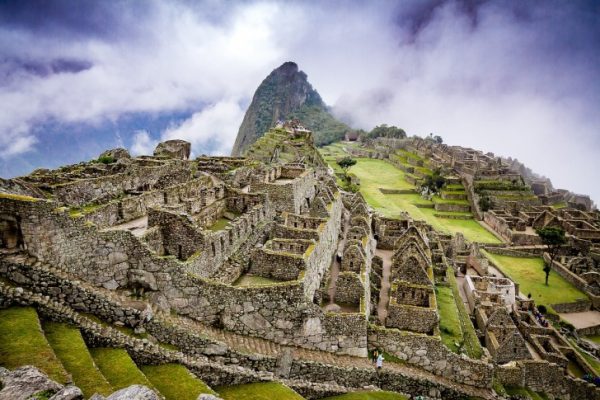 Venezuela is known as one of the most beautiful countries on the continent.

Also, it has a really warm climate.

Nevertheless, it’s one of the least safe countries for traveling in South America.

The main reason for such a low position is a growth of crippling and corruption.

As a result, there is starvation, extreme and even violent unrest as well as mass exodus among the locals.

As the situation in the country led to desperation among the citizens the number of crimes grows significantly.

According to the United States Department of State, it’s better to avoid visiting Venezuela under any circumstances. 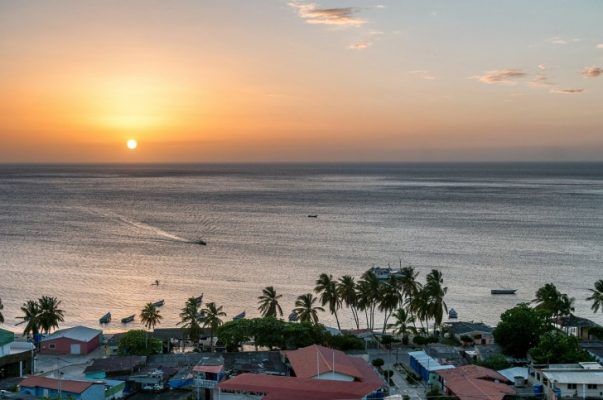 The history of Colombia knows the periods when safety issues were really important throughout the country.

There are still lots of alive witnesses that remember those rebellious periods full of violence and drug trafficking.

Fortunately, during the past years, the situation improved significantly.

Just 25 years ago Medellin was known as the most dangerous place in the world but now it’s a popular tourist spot and a destination for numerous tech companies.

Nevertheless, there is still a bunch of problems such as corruption, distrust in the government, targeted killings and terrorism.

Taking your trip to Colombia, you should be cautious of petty crimes and learn the areas that should be avoided in any case.

Despite all the listed above, Colombia is among the 40 happiest countries in the world. 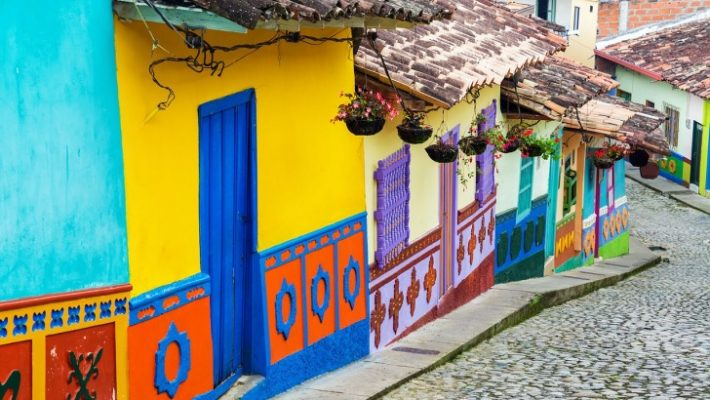 Guyana is a northeastern country in South America that is unfortunately not well known among the tourists.

There is no certain info about safety issues in Guyana which causes lots of discussions about its place in our list.

Nevertheless, traveling there, you can have a great time exploring its capital city Georgetown.

As the latest reports show there are not so many cases of pickpocketing, armed robbery, and assault in Guyana. 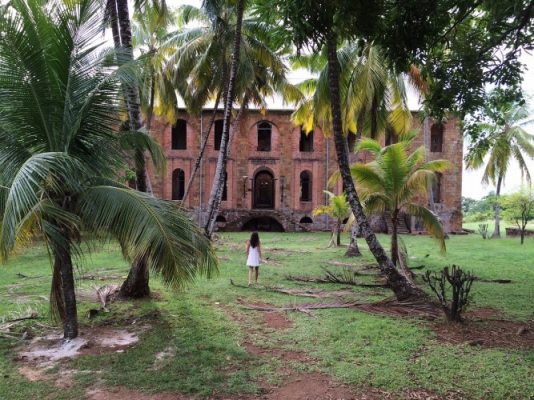 The Global Peace Index 2018 named Brazil as the 3rd lowest rated country on the continent placing it above Venezuela and Colombia.

Being a popular tourist destination for a long time, Brazil is a rather safe place with good tourist infrastructure.

Nevertheless, such crimes as “snatch and grabs” and robberies are really widespread especially when it comes to grand events like the famous Carnival.

Most tourist coming to Brazil want to visit low-income districts and popular among locals favelas which just increases the risk of becoming a crime victim.

If you decided to visit Brazil, it’s better to stay at the Rio de Janeiro harbor. 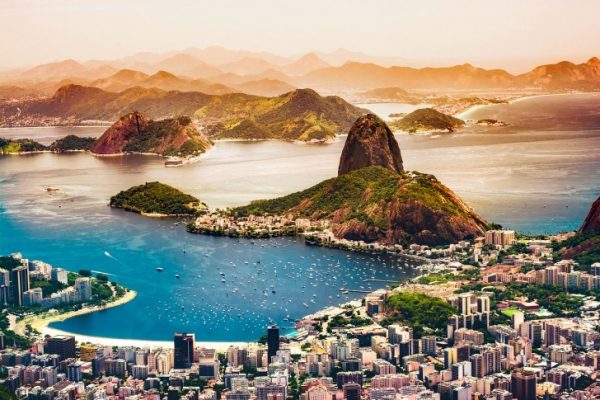 Suriname is one another not so popular destination which is pretty safe but still a better choice for experienced travelers.

The capital city Paramaribo is not so big and has a poor tourist infrastructure that requires some extra caution at night.

Visiting this country, it’s more likely that the maximum you can experience is confused stares.

The main thing you should be aware of during your stay in Suriname is mosquito-borne diseases such as Zika, malaria, and yellow fever. 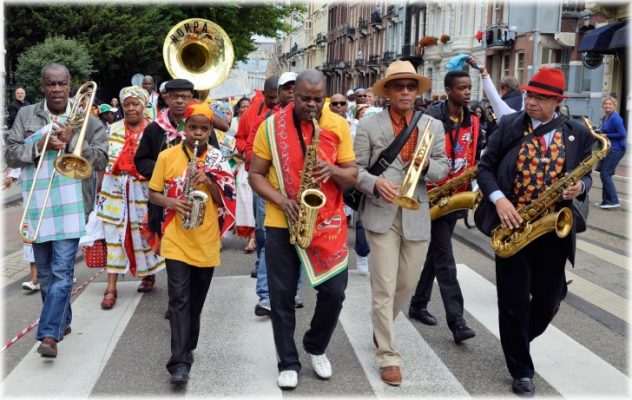 Considering Peru popularity among tourists, it can be surprising that it’s only in the middle of the list.

Nevertheless, there are such issues as citizen security and areas that should be for sure avoided in Peru.

As there is a lack of police in the eastern Andes, there are cases of such illegal activities as unregulated mining and narco-trafficking.

Of course, it’s easy to avoid these areas but still, you should be aware of mugging that is widely spread in big cities.

Visiting Peru, you need to pay attention to the safety of your belongings especially gadgets and documents.

Being cautious enough, you can have an excellent time in Peru. 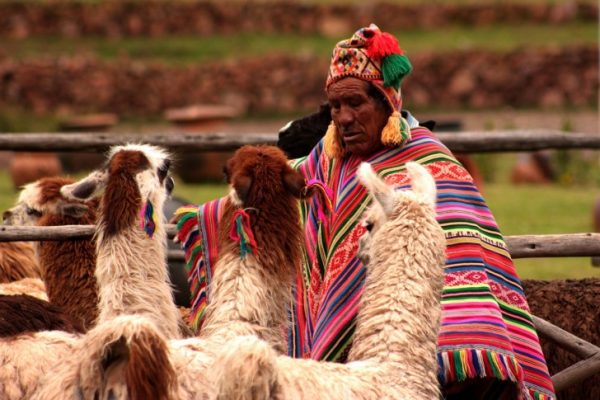 French Guiana cannot be considered as a country as it’s more like a French colony.

Nevertheless, safety issues still have a place there.

Despite it has a backing of the European economy, French Guiana can be called a wealthy country.

The capital city Cayenne has only 60K citizens.

Petty crimes such as nighttime robberies are the most widely spread there.

Also, demonstrations are a common thing in French Guiana.

Most of them are rather peaceful but still, it can become confrontational easily. 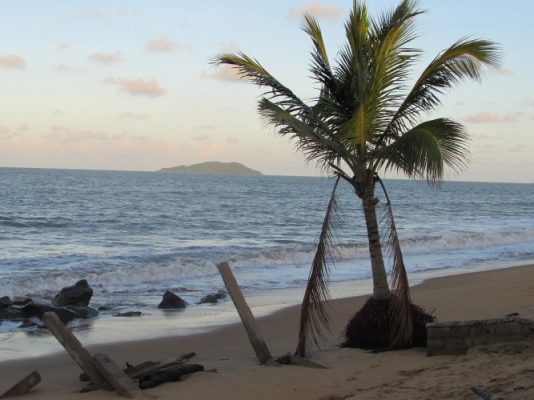 It’s a common fact that poverty and crimes come together.

Nevertheless, being a really poor country, Bolivia is known as a tourist-friendly destination in South America.

In fact, the only widespread type of crimes there is the one related to ATMs.

It means that tourist should be really cautious while taking their money out.

One another point you should remember about is the altitude.

The capital  La Paz is situated in 11,942 feet above sea level so tourists can feel woozy there.

To make your stay there better, you just need to use some caution during the first days while you get used.

In fact, there are lots of improvements in the country including famous Yungas Road that is not the scariest road in the world anymore. 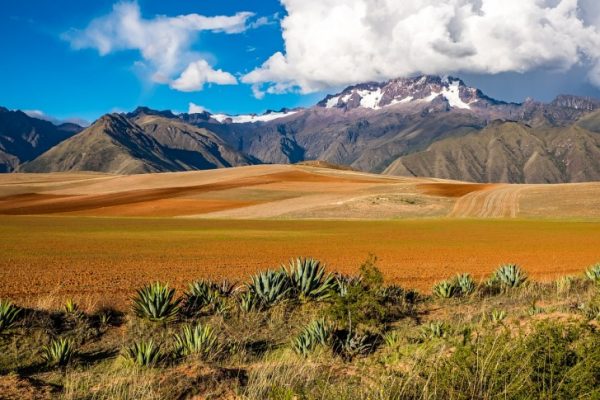 Speaking of safety in Ecuador, most crimes there aren’t violent.

Visiting such big cities as Quito, you just need to watch your wallet but not more than while visiting any other city in the world.

Tourists in Ecuador can feel safe as the government established some police forces to help foreigners.

The only safety issue you need to worry about while you stay in Ecuador is your health.

Don’t drink any tap water and be careful with food as poisoning is very common there. 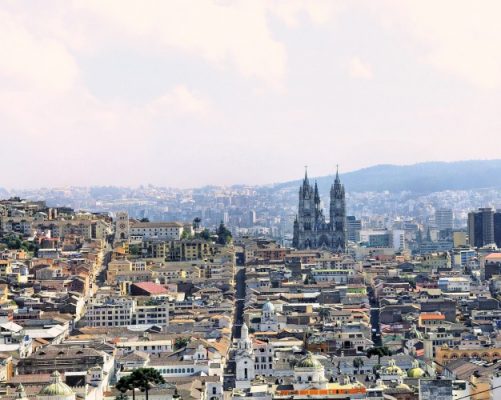 According to the  Global Peace Index, Paraguay is very close to Ecuador.

In fact, there are just a few precautions for travelers.

Considering the fact it’s not so popular among tourists, there aren’t many places where they can be targeted.

There are petty crimes and kidnapping issues but usually, it’s local farmers who can face it.

The only real caution that should be mentioned is about large gatherings especially when it comes to soccer matches as locals are really passionate about it. 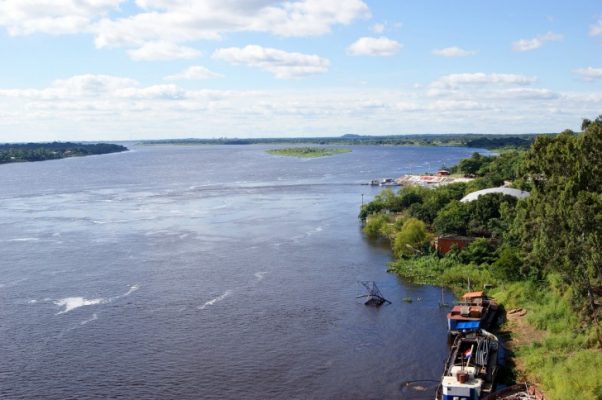 Being one of the three safest countries in South America, Argentina can offer a high level of safety for tourists.

Buenos Aires, as well as other big cities, have some districts that should be avoided of course.

Visiting northern regions such as Salta make sure you take a bug spray to protect yourself from mosquitos.

Also, you should know that medical services there are of high quality and absolutely free.

Recently there was a rise of political unease due to economic regression but still, it hasn’t caused any problems. 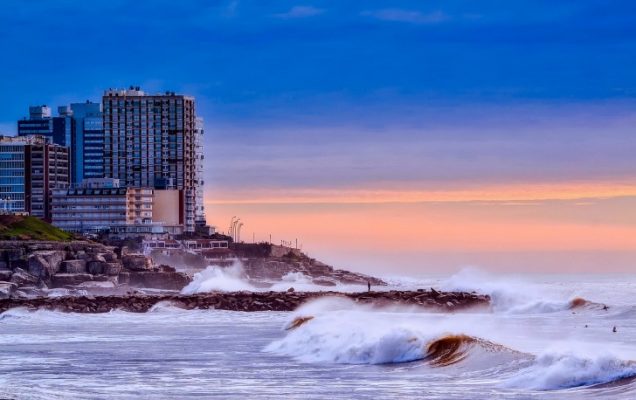 Uruguay is not only one of the safest countries in South America but also the most “chill” one.

This country is known for its laidback atmosphere, the café culture of Western Europe and the ability to enjoy the finer things in life.

Also, it’s one of the countries with the highest trust to government as 96% of all Uruguayans vote in voluntary democratic elections.

One another point is that not like most countries in South America, Uruguay has a low possibility of natural disasters.

In fact, it’s an excellent destination for those who want to “seek out” as well as for those who look for attractions, beautiful places, and new friends. 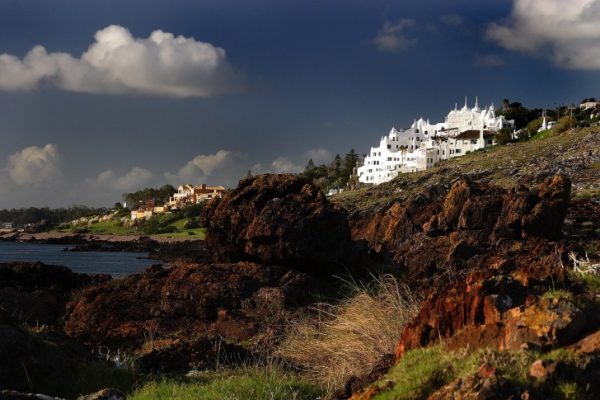 There is an absolutely low crime rate and tourist have a bunch of destinations to choose from.

Prepare a good hiking guide and enjoy your time exploring amazing National Parks, routes in Patagonia, and other wild regions.

Just make you sure you won’t get lost!

The only threat you should be aware of is earthquakes but still, there is no need to worry too much about it as it’s not a common thing there. 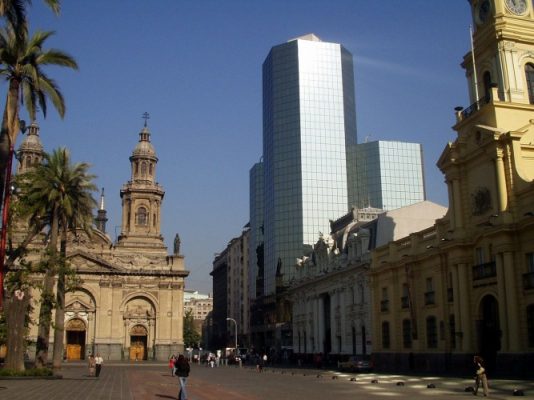 South America can be great, but it depends on where you go to, and in any case, don’t forget to use caution while traveling anywhere. 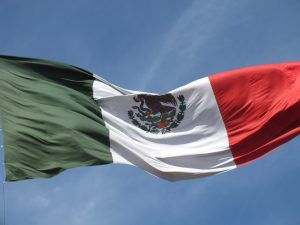 Staying Safe in Mexico: 8 Simple Tips You Should Follow 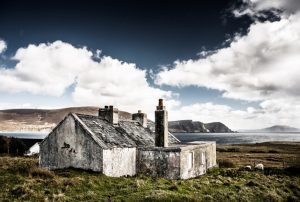 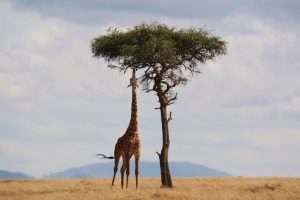 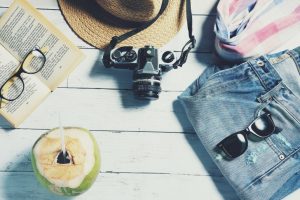 These Are the 5 Safest Cities for Travelers 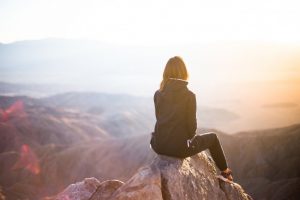 Solo Traveling: 7 Best Countries to Travel by Yourself [Updated List] 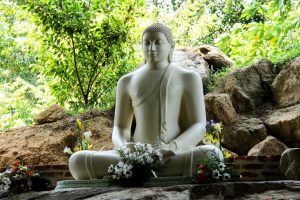 Safety in Sri Lanka: 8 Things You Need to Know Before Going There