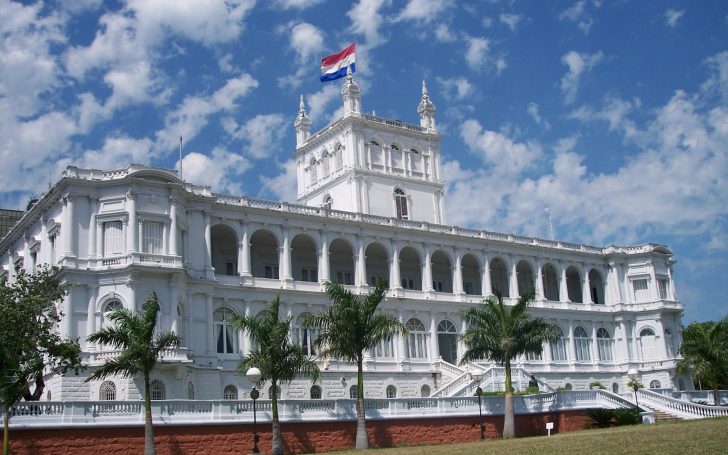 Paraguay is a country located in South America that shares its borders with Argentina, Bolivia, and Brazil.

And even though it’s brimming with natural resources, being the world’s fifth-largest exporter of soya beans, having the world’s largest drinking water reservoir (Guarani Aquifer) beneath its grounds, and with the biggest hydroelectric producer—the Itaipú Dam—is on its border with Brazil, this country is still extremely poor.

It’s actually among the poorest countries in South America, which is why it’s filled with beggars, unemployed people, and petty criminals.

But Paraguay is nowhere near boring or worth skipping: it offers great historic and cultural value to everyone walking through the Asuncion city center, whose old, decaying buildings still show their old splendor and are proof of how beautiful Asuncion used to be.

At night, you can take a cab ride and enjoy its gorgeous lights, since it’s fully illuminated after dark.

You can enjoy its nightlife, its many bars, restaurants, and its vibrant, though dangerous, city spirit.

If you’re yearning for some nature, fear not – Paraguay offers safari rides through each eco-region of the country, and you can get acquainted with its fauna and flora with the help of trained safari guides.

Paraguay is generally a safe country though it has its many dangers in the form of petty crime, violent crime, smuggling, money laundering, corrupt police, and many others. Just apply basic precaution measures and you should be fine.

Transport is not too reliable or safe in Paraguay. Avoid flashing mobile phones, wallets or other possessions, particularly if they're of value when out walking out of buses or simply riding public transport. There have been reports of pickpockets operating on buses. Keep in mind that taxi drivers will probably try to rip you off if unlicensed.

Most crime in Paraguay is not of a violent nature, and you should keep in mind that street crime such as pickpocketing, bag snatching, jewelry theft, and mugging very much exist, particularly in the cities. More serious crimes such as car theft, armed robbery, and home invasions exist in both urban and rural centers. Another form of petty crime are snatch and grabs by thieves on motorcycles, and sometimes victims are threatened with a weapon.

There are a couple of natural disasters that hit Paraguay regularly, including droughts, floods, and forest fires but there are also diseases such as yellow fever, and more recently the famous Zika outbreak, which why it's still not safe for pregnant women to travel to Paraguay.

Even though, as mentioned, the majority of crime on the streets of Paraguay is non-violent, violent crime is on an increase in crowded tourist areas in Asunción, Ciudad del Este, and Pedro Juan Caballero. If you wind up in a serious situation with a mugger, hand over everything immediately.

Even though there haven't been any terrorist attacks in Paraguay's recent history, they shouldn't be ruled out, so be aware of your surroundings at all times.

There are many scams in Paraguay, so be very careful. There are unauthorized ticket vendors, selling tickets for substandard or non-existent buses in the Asuncion bus terminal. If you happen to be roaming the streets and run into people playing card games and calling people to join in and make some "easy money", keep in mind that although the game seems lucrative, the guy is probably a scammer and other people participating are probably his buddies, so you have no chances of winning it.

While Paraguay is definitely safer for solo female travelers than much of its other neighbors, it's still recommended that you don't wander around without company, whether during night or day. Use your common sense and have your wits with you. Avoid poorly lit and deserted areas at night and finding yourself in places filled with drunken people. If you're pregnant, keep in mind that Paraguay was an affected area of the Zika outbreak.

So... How Safe Is Paraguay Really?

Taking into account the reputation of the countries surrounding Paraguay, and the fact that this is one of the poorest countries in the region, it’s actually much safer than you would expect.

There are three large cities in Paraguay, and all three of them are safer than their equivalents in size in the countries surrounding Paraguay.

Though petty crime exists, you are unlikely to get into trouble with the muggers, robbers or end up in a violent incident.

It is important that you carry some sort of identification with you, as the police have a tendency to stop tourists at random.

You may even expect a situation where they expect you to give them some money as some sort of a bribe to allow you to move on.

Women should be careful if they’re walking unaccompanied and should avoid going out alone at night, but generally, applying the same safety rules as they would in their own countries will probably suffice.

A city with a somewhat shady reputation is Ciudad del Este, located on Paraguay’s eastern border with Brazil, and it is actually known as a location where activities such as smuggling, money laundering, and counterfeiting take place.

These activities, however, have nothing to do with tourists so you shouldn’t worry about visiting this city.

Just be wary of pickpockets, and various schemes and tactics that criminals might try in order to steal your bags or wallets.

How Does Paraguay Compare?