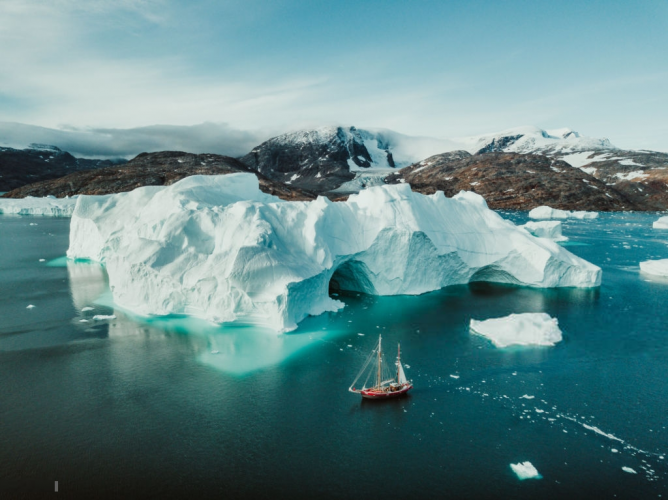 Greenland is the largest island in the world, which is a Danish dependent territory with the lowest population density and the smallest capital.

The culture of the country has a lot in common with Greenlandin Inuit tradition and a lot of people still go ice-fishing and participate in dog sled races.

As a result, it became a tourist attraction that in recent years, has established increasing trends.

Overall Greenland is considered to be a safe destination if you will be using your common sense and be very attentive.

Greenland has no rail networks as well as no roads from city to city, meaning that in summer the boat is used for traveling, while in winter the dog sheld, which are considered relatively safe.

Pickpockets can be met quite often there as it became in recent years a popular touristic destination and from this perspective, it is recommended to keep a close look at your belongings.

There are not natural disasters that can somehow affect you while traveling.

There are few cases of mugging that have been registered and these rarely involve tourists as the crime level is considered low, as well as violent acts.

There is still always a chance of getting into this kind of unpleasant situation as everywhere in the world, so it is advisable to follow the indications of the public authorities.

There are registered scam cases, but it is well-known that these can be easily avoided by using common sense and trying not to get easily influenced.

Women are more than welcome in the country and it is considered to be a safe place from this point, but it is recommended to wisely choose your accommodation.

So... How Safe Is Greenland Really?

Even if there are really few crime or violence cases registered, it is recommended to always use your common sense and you will for sure will not get into trouble.

As the tourism industry is growing it is even becoming from year to year safer for tourists to travel.

It is also considered to be so safe due to the fact that there are no dangerous areas that one should know about and should avoid as much as possible, the key solution is to always be around locals.

This is due to the fact that in this way you will be able to avoid some meetings with wild animals that can somehow harm you and if the case they know for sure how to react.

It is still believed to be a harsher and colder version of Iceland, as it is not dangerous from the perspective of natural disasters as Iceland it is, but from the point that it has more polar bears and fewer points of escape that can put your life into danger.

It is really advisable if one wants to see the beauty of the island and enjoy their time in safety to take a guide, who will be able to show around the beauty.

How Does Greenland Compare?