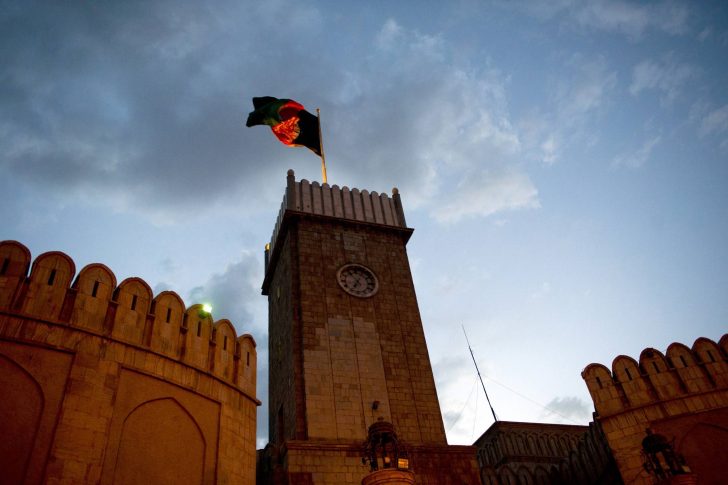 Afghanistan is a landlocked country squeezed in between Near East and Indonesia.

It is located right at the heart of Asia, sharing its borders by Pakistan to the south and east, Iran to the west, Turkmenistan, Uzbekistan, and Tajikistan to the north.

There is a very short border it also shares with China to the far northeast, but it’s almost impossible to reach it.

Afghanistan has unfortunately had a tumultuous recent history and during the past 30 years, it has been the site of major wars: from the Soviet invasion in 1979, through the warlordism of the Taliban to their removal in 2001 and the American and NATO invasion that ensued.

The country has been in complete chaos in the past decades and traveling there is not recommended, to put it lightly.

Apart from all of this, Afghanistan can’t really boast its economical status: it is considered poor in comparison to other nations of the world and is currently going through a rebuilding process.

Afghanistan isn't a safe destination for travelers. You should know that many governments advise their citizens not to travel to the country as it is considered practically a war zone. Be very aware of your surroundings at all times. Both petty and violent crimes are normal here. Do not travel to Afghanistan unless it is of dire necessity.

About 79% of roads in Afghanistan are just dirt. Public transportation in Afghanistan generally works by loads of people, animals, and produce just being packed into small spaces on the roofs of buses and trucks.

As you would expect, petty theft and pickpocketing are widespread in Afghanistan. If you do leave your accommodation and have to walk the streets, make sure you don't flash your valuables. Dangling cameras, flashing money or credit cards or expensive jewelry is strongly recommended against.

Afghanistan is highly susceptible to common natural disasters like flooding, earthquakes, snow avalanches, landslides, and droughts. This happens to Afghanistan because of its geographical location and decades of environmental degradation.

Violent crime happens in Afghanistan during all times of day, so do not think that daylight makes you safe. You can expect muggings, burglaries, and carjacking since this country is shaken by war and in extremely bad condition. The risk increases after dark, so avoid going anywhere after nightfall.

Terrorists are very likely to try to and carry out attacks in Afghanistan. Taliban rebels are causing fear throughout the country while the Afghanistan government is still trying to fight them. Remain aware of your surroundings at all times.

Scams should be the least of your concerns when in Afghanistan. They do exist, though, so be wary of people trying to distract you in order to steal from you and of taxi drivers overcharging you for a ride. We advise you to be extremely careful when handling money and around ATMs.

Afghanistan is definitely not safe for solo female travelers. They are advised, if it is absolutely necessary that they leave their accommodation at night, to go out accompanied by someone. Be sure to avoid remote streets, both during day and night, and do not flash your belongings or handle money in public. Remain hidden from view.

So... How Safe Is Afghanistan Really?

You are strongly advised against visiting Afghanistan as it can be extremely dangerous.

Afghanistan is technically a war zone and as such should be avoided at all costs.

There is an overall sense of lawlessness as the Government has little control over large parts of the country.

Terrorism is still hugely widespread and represents a horrific issue with Taliban rebels causing fear throughout the country and the Government trying to fight them.

Afghanistan is not safe for travel, and westerners as well as other tourists can easily be targeted and become victims of hostile acts, sometimes even in a random terrorist attack.

However, there are areas that are now considered to be safe but are still not recommended as tourist destinations.

At all costs avoid areas of Wuristan, Kabul, and the Khyber Pass.

This is where the remaining fighters of the former Taliban regime and the Al-Qaeda terrorist network, as well as drug lords, gangs, bandits and tribal warriors, are active.

Be wary of the landmines and other unexploded devices that are widespread throughout the country and remain a problem to this day.

Do not stray from the beaten paths and stick to the worn paths and do not touch anything that looks remotely suspicious.

This has been a serious problem in Afghanistan for years, as some statistics say that around 600-700 people end up injured or killed every year in accidents due to landmines and unexploded devices.

How Does Afghanistan Compare?