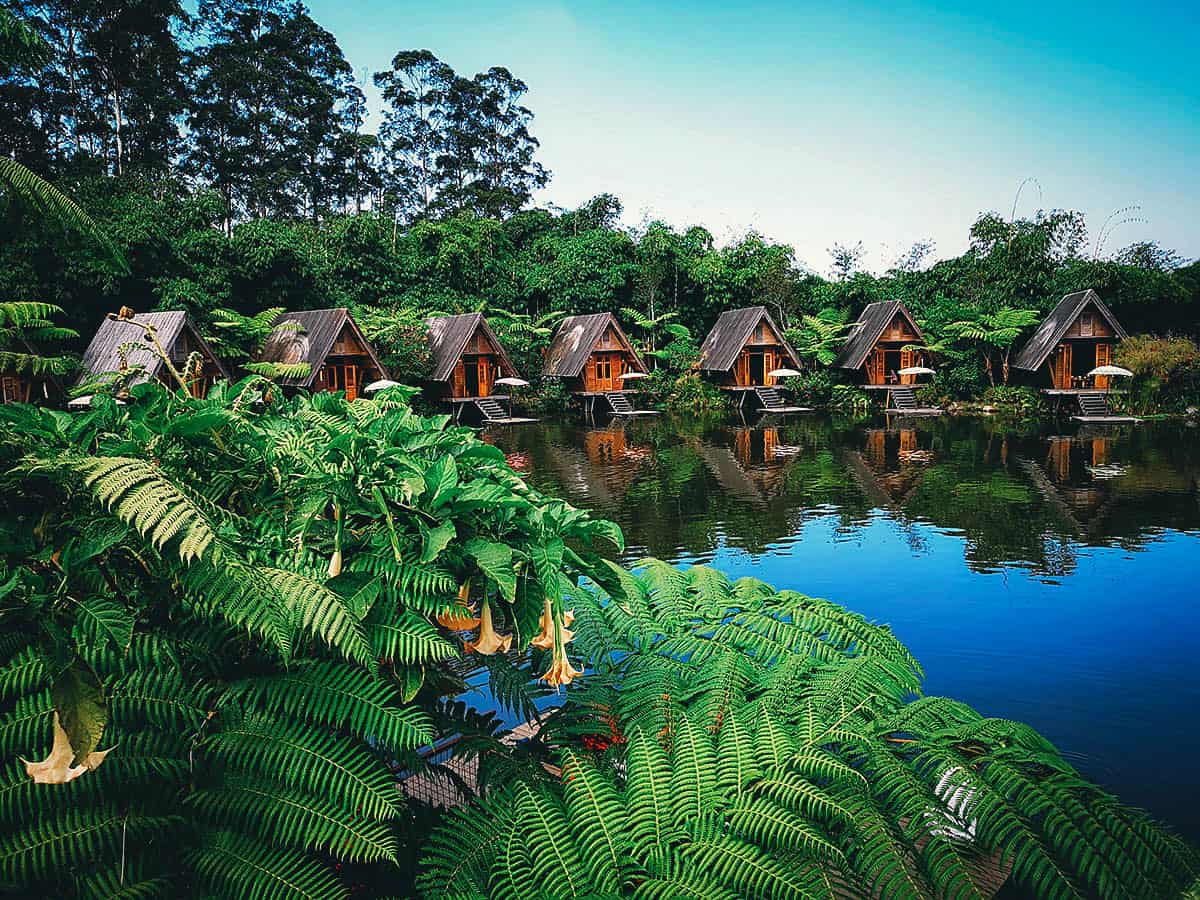 Bandung is the capital city of West Java and the third-largest city in Indonesia after Jakarta and Surabaya.

The city was nicknamed – Parijs van Java (Paris of Java) for its resemblance to Paris and the European atmosphere back in colonial times.

The city has been well known for its universities, fashionable clothing, and as an excellent place for gastronomic adventure.

Nowadays, Bandung has become a viral weekend escape for Jakartans, who would crowd the city on weekends and national holidays.

Tourists come here to see many historical buildings and museums located in the city.

They’re also a lot of mosques, historical and art museums.

And many outdoor activities since the city located in beautiful and flora full area.

In general, the city is quite safe. You can safely walk the streets during the day. It is unsafe at night only because of the lack of sidewalks and proper street lighting. Using common sense and always looking after your things, you can safely be in Bandung.

There is virtually no public transportation in Bandung. For moving around, it is better to use a taxi. Especially if you eat late at night, use only licensed taxi services and do not catch a cab from the street.

Pickpockets are not very many, and most likely, you will not encounter them. However, areas in tourist places and bazaars can be dangerous. To be sure, keep an eye on your personal belongings and pockets. Do not carry a lot of cash and valuables.

The city is surrounded by active volcanoes and several faults that might cause natural disasters, including earthquakes, volcanic eruptions, floods, and landslides. City authorities are prepared for such risks. Explore the current situation before your visit to the city.

Grave armed robberies in the city also do not occur. Most likely, these are exceptions. However, use common sense and do not walk late at night through the streets of Bandung. It is also worth avoiding getting drunk and walking drunk around the city.

Terrorists are very likely to try to carry out attacks in Indonesia. Terrorist groups have the capacity and intent to carry out attacks at any time and anywhere in the country. Types of attacks have included suicide bombings and small-arms fire, targeting public and crowded places. In Bandung also have happened attacks.

The primary fraud in Bandung is associated with overpricing for tourists. Usually, white people of western appearance are immediately regarded as tourists and can offer you things and souvenirs at a price that exceeds the present time by 10. Also, fraud with the cost of a taxi ride is possible. Make sure the driver turns on the taximeter.

Bandung is pretty safe, and women can travel there alone. However, the usual safety measures and modest clothing must be followed. Try not to walk around the city at night to avoid trouble.

So... How Safe Is Bandung Really?

Bandung is a pretty safe city.

The crime index is low here, and most of the problems are related to bribery and corruption.

The likelihood that someone will try to rob you or steal your phone is minimal.

However, to use common sense is still necessary, and be sure to look after your things.

There are a few things to keep in mind.

There are virtually no pavements suitable for use in Bandung or most Indonesian cities.

So walking around places is generally a bad idea.

Thus, you can take a taxi or hire a car and a driver.

In Bandung, very few people speak English, so this will be another problem for you.

If you visit some attractions in Lembang, north of Bandung, expect to pay foreigners prices that can be ten times higher than what the locals pay.

There are also quite severe thunderstorms and rains almost every day.

At night, it is better not to walk around the city simply because there is not enough lighting, and the driver may not notice you on the road.

In places full of people, keep an eye on your things.

How Does Bandung Compare?