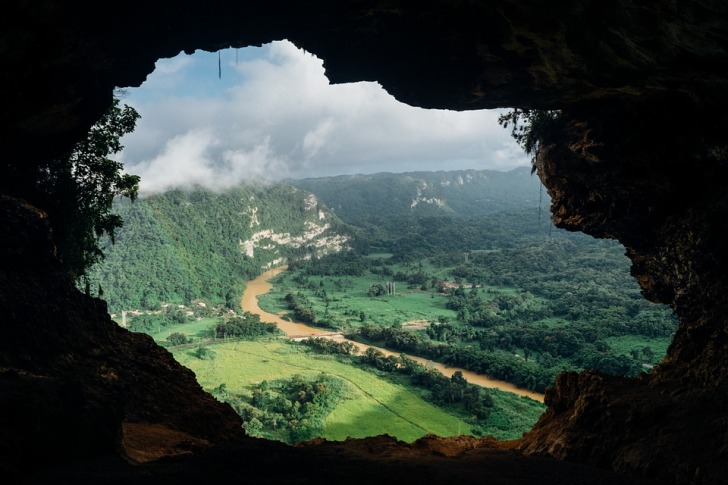 Our Mother Earth is so rich with wonders and marvels.

We are striving to get the most of it, to visit each of its corners, and meet all kinds of people on the planet.

We are much into technologies, traveling and earning money.

But what about natural wonders that amaze and surprise, attract and reject at the same time?

You are going to discover eleven wonders of our world which are secluded, unearthly, and sometimes mysterious.

In summer, the lake in Canada dries up and breaks up into numerous colorful puddles.

It contains a lot of various minerals like magnesium sulfate, calcium, and sodium sulfate, and titanium.

At the time of drying, the spots become multicolored.

This is because of the different mineral composition.

At present, the Kliluk Lake is fenced with a barbed wire fence.

In order to get closer to the lake, you need to get permission from local elders, which is not easy.

But the lake is perfectly visible from the highway where hundreds of tourists come every day to admire the unearthly natural wonder.

When people come here for the first time, they see a lot of huge stones on the shore.

The Giant’s Causeway in Northern Ireland was created over 60 million years ago due to a volcanic eruption, although the first time the explorers discovered this place was the late 17th century.

Nobody knows whether these immense stones were cut out from the rocks by people, waves or giants.

Maybe you could think of the creators of this weird wonder when you are here?

This mystery of the Death Valley in California has always caused many questions in people all over the world.

The matter is a number of distant huge stones were drifting in the desert while there was nothing but the sun and the wind that could have caused that sailing.

What do you think that could be?

Finally, the scientists solved the riddle.

The temperatures in the desert become too low at night and the rocks get covered with ice.

At daytime, when the sun is hot, the ice melts pulling the rocks.

Colombia has many secluded places and lots of wonderful and way too weird places to visit as well as to avoid.

In the La Macarena park, there is a fascinating red river which looks too surreal to be true.

From July to November, the river of Cano Cristales can change the colors from red to yellow to green.

That’s a natural phenomenon is caused by a large number of diverse photosynthetic organisms that live in the waters.

The river can be visited with the help of a qualified guide or you can observe the beauty from afar.

Cave of the Crystals

In Mexico, there is another weird wonder of the world that you are recommended to visit at least once in your lifetime.

The Caves of Crystals sound simple but the scenes are really incredible and cine.

If you have heard about Naica Mine, Chihuahua state in Mexico you should definitely go there for the crystals that are 55 tons heavy and 12 m high.

Magma and heat do their work so the larger part of the caves is still waiting to be explored.

The reason explorers are leaving this place early is the temperatures are really high and no geologists could spend much time there.

The Door to Hell

The Door to Hell is a local name for the Darvaza Gas Crater in Turkmenistan which is called a natural wonder.

Although, it was much caused by Soviet people who intended to find out oil here in 1971.

Accidentally, the ground collapsed and a large crater with a width of 60 m and the depth of 20 m appeared.

Then the scientists decided to burn out the gas in the hope that it would stop burning soon.

On the contrary, the gas crater has been burning since 1971.

This lake in Australia is permanently pink.

The bacteria here do their job similarly to the Cano Cristales lake, although the phenomena in Australia is not seasonal.

The other reason why the lake is pink is its redundant saltiness, so it’s absolutely safe to swim here too.

You can get to the lake by a charter plane.

Most tourists visit this extremely popular and unearthly place in Turkey to swim in the Cleopatra’s Pool.

The reason is the special composition of water, which is saturated with calcium sulfate, carbon dioxide, calcium bicarbonate, magnesium, and also has a high level of natural ionization.

The natural wonder can be reached from any resort city in Turkey with the guided excursion.

In the summer months, you need to take a swimsuit and comfortable shoes with you, because it is very hot here, and you should walk on the travertines in your bare feet.

This place is a must-see for the scuba diving fans.

Take your best friends and head to the Great Blue Hole in Belize for your once-in-a-lifetime adventure.

Thousands of years passed until the cave was flooded with water and it became a favorite place of pilgrimage for diving and observation of the underwater world.

Not sure whether you were going to East Antarctica and what for?

Now there’s a destination for you which is called Blood Falls.

Another red water source looks like a huge bloody wound in the glacier.

The waterfall has a concentrated iron composition which turns the water to red.

You’ve never had so much fun before.

The goats in the Argania trees are a picturesque view in Morocco.

The local laws once prohibited cutting these trees, so there’s enough place to play and eat for the local goats.

The trees are branchy like nests and the tree goats jump on them to eat fruits.