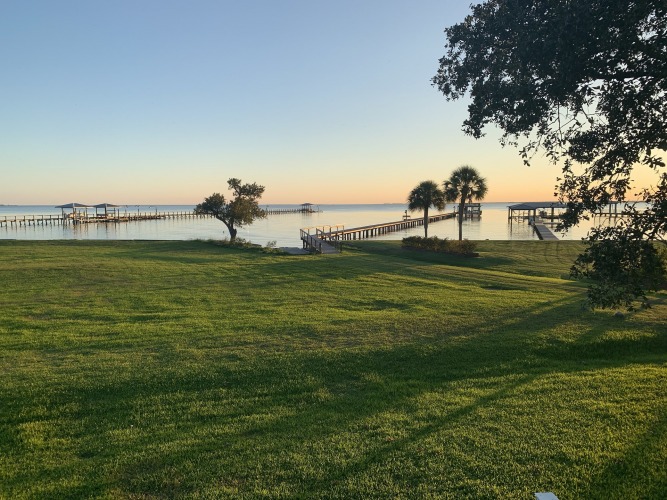 Because it hosts more than a hundred festivals and carnivals each year, Lake Charles, Louisiana, is known as “The Festival Capital of Louisiana.”

Situated along the Calcasieu River banks, Lake Charles is also recognized for its gambling, culinary, and rhythm and blues music scene, making it an excellent destination choice for gamblers and art and culture lovers alike.

There, they can check out the 30-block collection of unique Victorian-style homes.

Whether you’re a culinary aficionado, gambler, historian, or rhythm, and blues music enthusiast, you’ll find something that suits your fancy in Lake Charles, Louisiana.

Read our guide about this historically and culturally rich city before making your visit so you can make the most of your trip to Lake Charles.

Once lauded for being an extremely safe city, Lake Charles recently experienced a massive uptick in violent crimes, with a 44% increase from 2019 to 2021. Violent crimes tend to occur in places where economic opportunity is limited. With 20.4% of Lake Charles’ population living below the poverty line and 8.9% identifying as unemployed, it’s easy to see the correlation between the crime and poverty rates. With this information, we conclude that Lake Charles has a medium-to-high overall risk for visitors.

Visitors can take advantage of the city’s various bus and trolley routes to get around. Unfortunately, there’s no information online that specifically talks about safety when using these modes of transport. The largest taxi companies in Lake Charles are $10 Taxi Cab of Lake Charles, Fast Taxi, and People’s Taxi. All three of these companies have 4 or more stars, and there are no visible complaints about safety. We can, therefore, conclude that Lake Charles has a low transport and taxis risk.

Located in the state of Louisiana near the Gulf of Mexico, Lake Charles is quite prone to natural disasters. Residents regularly encounter tornadoes, hurricanes, floods, and even winter storms on occasion. Hurricane Katrina, which gained international attention in 2005 for its ravaging effects on New Orleans and its surrounding communities, also badly affected Lake Charles. Thus, it appears that Lake Charles has a high natural disasters risk.

Lake Charles hasn’t seen any terrorist attacks. However, there have been terrorist threats and hoaxes over the years. In 2014, Monte Henry Hurley pleaded guilty to a charge of terrorism hoax, and, in 2020, Donald Derouen was arrested for threatening to commit arson. But because no actual terrorist attacks have been carried out, we can conclude that Lake Charles has a low terrorism risk.

There are no exact statistics on scam crimes in Lake Charles, but authorities have issued warnings to residents about certain types of scams. These scams include phishing scams, phone scams, and contractor fraud. Since these warnings were addressed to residents specifically, it appears that visitors haven’t been a primary target. So it looks like Lake Charles has a low scams risk.

Because Lake Charles doesn’t have any active health-based violations of the Safe Drinking Water Act (SDWA), its tap water is safe to drink. Our conclusion, therefore, is that Lake Charles has a low tap water risk.

There’s a huge selection of interesting, safe places to visit in Lake Charles.

You can go on a wildlife-watching excursion along the Creole Nature Trail or take in views of the Cypress Swamp right along the Calcasieu River.

History buffs can walk along with the historic neighborhoods in Lake Charles to take in the stately Victorian-style homes, while foodies can enjoy some authentic top Cajun and creole fare at one of the small local eateries.

Mardi Gras fans can check out the Mardi Gras Museum, where they can get close-ups of elaborate floats and costumes and explore the rich history of southwestern Louisiana.

Places to Avoid in Lake Charles

The east neighborhoods of Lake Charles see more crime than other parts of the city.

In the east part, one’s chances of becoming a crime victim is as high as 1 in 12.

Compare that to 1 in 37 in the southwest part of Lake Charles.

According to 92.9 The Lake, the 5 most dangerous neighborhoods are:

This list is based on a combination of the areas’ property and violent crimes.

So... How Safe Is Lake Charles Really?

If you’re aware of all the dangers and warnings and pay attention to all the safety tips above, you should expect to have a fun and safe vacation in Lake Charles.

Like any other city in the US, Lake Charles has its “good” and “bad” areas.

As long as you stick to the “good” areas, such as the downtown area, the museums, and the historic neighborhoods, you should be reasonably safe from harm.

The “bad” areas, which you should avoid as much as possible, include neighborhoods like Goosport and City Center.

Violent and property crimes run rampant in these areas, so it’s best to stick to the safer parts of the city.

You should also avoid walking alone at night whenever possible.

People, especially tourists, tend to be easier targets at night.

Therefore, a much better alternative would be to walk with someone you know or take a taxi or Uber ride.

As a city full of life, history, and culture, Lake Charles, Louisiana, is sure to charm you with everything it has to offer.

With its blend of African, European, and Native American influences, you’ll get the best of many worlds on your vacation.

How Does Lake Charles Compare?