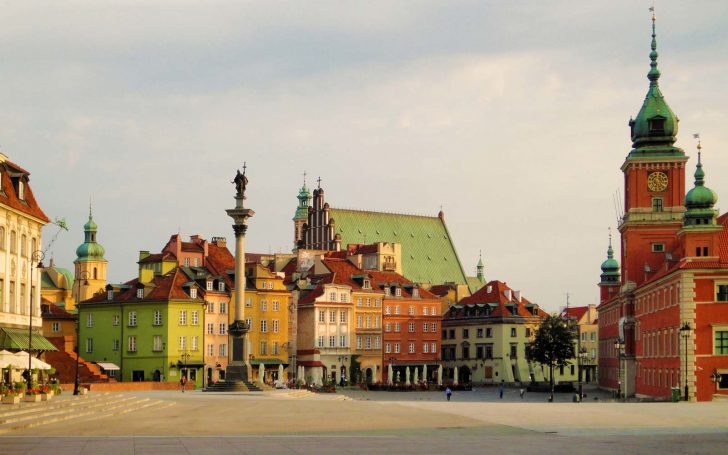 Even though it was destroyed by the Nazis during World War II, Warsaw developed into an ideal capital city where almost every building dates to the postwar era.

Tourists can visit the Royal Castle and the Gothic palaces of the Old Town since old buildings are possible to be seen in the restored districts of Stare Miasto and Nowe Miasto.

The capital city of Poland is full of palaces and parks, the Royal Castles and other Gothic buildings.

Once there, do not miss to walk the Royal Way to see the best of Warsaw.

The overall risk is low, since violent crime is not present in Warsaw, while opportunistic crimes like theft, pick-pocketing and purse snatching are frequent as in any other tourist place. However, most travelers experience no difficulties and all you need to do is to keep valuables and cash out of sight, especially in crowded areas.

When it comes to public transport, long-distance trains and buses, and those that drive from the airport are frequently places where thieves operate. Taxi drivers, as in any other big city, tend to overcharge tourists for their services, so always ask them to use the taxi meter. The public transport system in Warsaw is generally well-developed, but the driving habits are extremely bad which is proven by the fact that Poland has the highest road fatality rates among European countries.

The more tourists, the more pickpocket risks. Warsaw is an incredibly popular tourist destination which in turn leads to the higher chances of being robbed there. Thieves will try to distract your attention and steal your phone or wallet. Be especially vigilant around ATMs, at central railway stations, particularly in the Baltic towns of Gdansk, Gdynia, and Sopot and in Warsaw and Krakow.

Weather in Poland is not extreme, but the heavy rains in spring might cause flooding. Low temperatures and great amount of snow are possible in winter, which might lead to ice on roads which is hazardous. Other serious natural disasters do not happen.

Warsaw is a great place for tourists since serious crime against foreigners is relatively rare. However, you should not rely on that, because there have been reports of incidents which were racially motivated. You are not likely to be kidnapped or mugged in Warsaw, but still, it is advisable not to accept drinks from strangers and use an only official taxi.

The terrorist attacks in Europe frequently happen nowadays, and the threat exists in Poland, too. Any kind of suspicious activity should be reported to the police and before coming to Warsaw, you should monitor the news for any new threats.

Bogus police officers might ask you for your ID’s and the cash to steal it from you. They will also try to steal credit card credentials and pin code at some ATM’s. In Warsaw, not only taxi drivers, but vendors and restaurant staff will try to overcharge you, so be extra watchful when paying something.

Women solo travelers often visit Warsaw since this is the city where they can feel very safe. With the usage of common sense, they enjoy their holiday trouble-free.

So... How Safe Is Warsaw Really?

Warsaw is not only the capital city but also the city that attracts many tourists from all over the world.

That is why the government is trying to make it safer and more comfortable for tourists by introducing a strong police presence in the city center.

This decreased the number of criminals, but still, there are areas to be avoided like the Praga districts and bus and rail stations.

Pickpockets can sometimes be a problem and you should watch your belongings when in a large crowd.

Football hooligans can be problematic before or after large football events.

However, violent crime is rare and usually not against tourists, so nothing should discourage travelers from coming to Warsaw.

How Does Warsaw Compare?