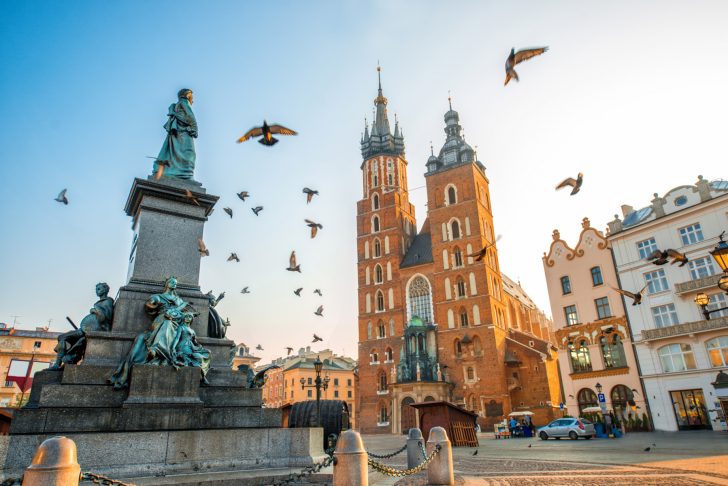 Kraków, the second-largest city in is not only a historical and visual gem of Poland it’s also one of the leading hubs of Polish academic, cultural, and economic life.

Located at the bottom of the Carpathian Mountains, this metropolitan area has more than 1.4 million inhabitants and receives a bunch of people annually as tourists come flocking to Krakow each year without fail.

Kraków is officially divided into eighteen areas, or rather parts with a considerable degree of autonomy within the municipal government.

Apart from being the most popular tourist destination in Poland, Kraków is extremely important for Poland’s economy.

The tourist influx in Krakow supports a lot of the Polish economy, but that’s not all.

The technology industry is growing in Kraków, with many off-shore divisions of important institutions and companies like Google, IBM, Motorola, State Street, Shell, UBS, HSBC situated in Kraków.

As for culture, Kraków is filled with churches, museums, ruins, palaces, and adorable traditional ceramic and basket-making workshops.

Generally, Kraków is a very safe city to travel to. Still, never let your guard down, and be wary of pickpockets and scammers since their activities increased in the past couple of years.

Pickpocketing and bag snatching are common in tourist landmarks and crowded areas. Be vigilant at all times and never leave your belongings in plain sight. Be careful in crowded areas, in railway and bus stations and especially in public transport, since pickpockets often work in teams, and make artificial crowds around tourists to steal from them, or try to distract people as a trick to pick their pockets.

There are no threats of natural disasters in Kraków. During spring there are occasional floods and during winter there are snowstorms and heavy snowfall. Be cautious when driving during the winter period.

You shouldn't worry about being mugged or kidnapped in Krakow since it rarely if ever occurs.

Even though there haven't been any terrorist attacks in Kraków's recent history, they shouldn't be ruled out, so remain aware of your surroundings at all times.

Scams are very common in Kraków. There are credit card scams with someone calling you on the phone in your hotel room claiming they're the receptionist asking to confirm your credit card details; also be wary of taxi drivers trying to charge you double or convince you that you haven't paid enough (showing you smaller bills instead of the ones you paid with). Be wary of people claiming they're the police, and get familiar with Polish police uniforms.

Women traveling solo are completely safe in Kraków. If you have your wits with you and follow your common sense, avoid dark and desert alleys or walking alone with strange people at night, your trip should go smoothly.

So... How Safe Is Krakow Really?

Kraków is a safe city to travel to. It is getting more and more visitors each year, and its tourism has generally increased especially after Poland joined the European Union in 2004.

Apart from pickpockets, you can easily get scammed in Poland.

There are many scams to watch out for like credit card scams where someone wakes you up early in the morning by calling you on your hotel room phone, claiming they’re the receptionist calling to verify your credit card information.

After you read out your credit card number and other details and return to sleep, they steal everything from your card.

Also, be careful when taking a taxi, since taxi drivers have been known to cheat by insisting you didn’t pay enough, in the meantime having hidden the money you paid and showing you smaller bills.

Get familiar with real uniforms of the police in Krakow, because it’s easy to be tricked when you don’t know how the real police officers look like.

How Does Krakow Compare?