How Much Does It Cost to Live In Durban?

Another thing Durban is known for is the fact that it is the largest Indian city outside India. Durban, in fact, has more overseas Indians than any other city outside of India.

Being in the inner city is not the best experience, but if you live in the suburbs around the city, you’ll be living in a very comfortable and pretty environment.

The cost of living is relative to where you live.

In Durban, for tourists even the restaurants shouldn’t represent a huge luxury: a meal in an inexpensive one costs around 8$ and you can even eat at a mid-range restaurant for 30$ – for you and your friend! You can find expensive restaurants here as well as cheap ones where you can find delicious meals for only 8$.

Supermarkets in Durban tend to feature primarily South African and African brands, so there’s a smaller number of American and Asian foods. Everything is very cheap though, so you should have no problem cooking at home and saving a lot of money by eating in. If you like South African wine, buy it here before you leave, because it is much cheaper than anywhere else.

Durban is attempting to upgrade its public bus system which is highly unreliable. Most buses depart on the hour every hour but you should still check the bus schedule regularly. Registered taxis are common, generally safe and relatively inexpensive. Minibus taxis are very common and less expensive than metered taxis.

Utilities, for an apartment of a normal size (of about 85m2) are just above 80$ in Durban, including electricity, heating, cooling and water. Cell phone services are considerably lower than in many countries, while high-speed internet can get a bit pricey, varying along the lines of 65$ per month.

Naturally, you will have to cash out a bit more money if you want to indulge in sports and fitness activities and pass your time this way. However, in Durban, these are reasonable prices, and most tourists interested in sports will be able to pay for fitness centers that cost about 35$ a month.

Behold, the shopping heaven is located in the city of Durban. Look no further from Gateway Theater of Shopping, a mall situated to the North of Durban, believed to be the largest in the southern hemisphere. However, you’ll see most South African brands: namely, South African malls tend to feature primarily local boutiques and local chains. Prices are very reasonable. You can buy quality jeans like Levi’s for around 50$ and a pair of running sneakers for 80$.

Like in most capital cities – living and renting apartments, studios or houses depends on the particular neighborhood and the type of living facility you’re renting. You can expect an apartment for one or two people in the city center to cost up to 350$, while apartments for larger families can cost twice as much and more, depending on the area where you’re renting.

How Does the Average Person Spend Their Money in Durban?

Taking into consideration the statistics provided, it can be said that people in Durban spend their money almost equally on both food and rent.

Still, food is just a little bit of a bigger expense.

They also spend a lot of money covering their utilities, which is normal, considering that these are things that need to be paid.

The least amount of money gets spent on clothing.

At the moment South Africa has an extremely volatile and unpredictable economy and the amount of corruption and switches in the cabinet hasn’t helped any South African pocket.

Still, the cities in this country are slowly developing and raising their standards and that applies to Durban, too.

This is why the salaries here are very high.

The average monthly net salary is around 1100$, which is really high, but there’s a huge gap between an average salary in this city and its minimum wage.

Namely, the minimum wage in Durban is around 250$ and that is nowhere near enough to cover all the basics.

What About Travel Safety in Durban? 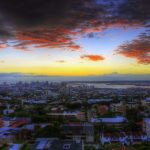 Cost of Living by City in Durban