How Much Does It Cost to Live In Chandigarh?

Chandigarh is a very unusual city in India planned by a famous French architect Le Corbusier.

He aimed at making Chandigarh the most comfortable place to live.

Chandigarh had to symbolize new India where the streets are straight and broad, and the boulevards are long and green.

Thus, the city is named one of the most environmentally friendly cities in India.

The salaries and the living standards are higher than in the other states of India which makes Chandigarh one of the most expensive Indian cities.

Chandigarh has predominantly Punjabi cuisine as long as this state has its national clothes, music, and food.

The prices in the restaurants are way higher than in the rest of the big cities in India.

The markets in Chandigarh are full of different products at relevantly low prices.

Of course, the cost of the vegetables or meat or cheese is higher than in the rest of India, but compared to the European, Australian, American or other similar countries the prices are extremely low.

The most common form of transport in Asia is the tuk-tuk.

This is a very mobile and cheap mean of transport, but it’s more expensive than the bus.

The price is not an issue, though, because the bigger problem with public transport is the lack of literacy in the drivers.

The most comfortable and inexpensive way to get around the city is a taxi ($0.14 per one kilometer).

A minute of speaking on the mobile phone in Chandigarh is estimated equally in every city and state.

India is one of the cheapest countries where the mobile phone is that cheap.

Water, electricity, heating, and cooling cost $63.26 which exceeds the minimum wage by $10.

Chandigarh has it all to make your body healthy and strong depending on what your goals are.

Museums, theatres, and cinemas are open for the aesthetes and the cinema man at quite low prices.

The largest and the most popular shopping mall in Chandigarh is Elante Mall which is located in the suburbs.

Numerous chain stores of the known European brands are located there.

The prices are higher than in most of the Indian cities, but they are worth visiting if you want to buy high-quality pair of shoes.

The budget clothes are better bought in the largest market in Sector 17.

Chandigarh is a place of destination for many students from the other Indian states.

Also, the developing economic and industry are attracting foreign investors which causes demand for leased premises.

A three bedroom apartment in the city center costs $368.60, and the same square meters outside the urban area are $231.97.

How Does the Average Person Spend Their Money in Chandigarh?

An average Chandigarh citizen spends 12.1% of his or her money on restaurants and cafes.

The food in this Indian city is special and delicious yet way too spicy sometimes.

Therefore, most of the locals tend to cook at home from the products they buy at the local markets.

The products are always fresh and in numerous varieties, which can serve for a truly Indian homemade meal.

The transport infrastructure is well organized and the tickets are not expensive.

The utilities are really cheap compared to other states and countries, so the percentage of the expenses on this item is only 6.5%.

This figure is equal to the expenses on sport and leisure, the subject of curiosity for many citizens of Chandigarh.

Clothing and shoes are often bought at the markets which makes people save a good portion of the money (16.6%) to spend them on monthly rent, for instance.

The average monthly salary in Chandigarh is quite high and makes $406.69 per month.

The minimum wage is common for all the states of India and depends on the category of worker and his or her skills.

The smallest sums of money are paid to unskilled and illiterate workers, moving then to semi-skilled, skilled, high-skilled, class I and class II employees.

If you are interested in buying property in Chandigarh through the mortgage, the interest rate will be 9.10% per annum, and the housing loan will have to be paid out within 20 years.

What About Travel Safety in Chandigarh? 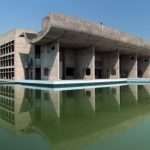 Cost of Living by City in Chandigarh