How Much Does It Cost to Live In Pune?

Pune is the second largest city in the Indian state of Maharashtra, after Mumbai, so it’s no wonder that it’s hard to determine the cost of living: Pune is too much of a broad term.

It definitely depends on the area you live in Pune.

The average cost of living in Pune is a little lower than in Delhi and higher than many south Indian cities.

It basically depends on how and where you want to live.

There are some very expensive places in Pune, but if you plan to stay a bit further from the main city, you can cut your expenses significantly.

As for restaurants, you can count with two meals without an alcoholic drink, in a mid-range restaurant, costing you around 14$. Pune has many pricey restaurants and cafes, too where you can have a great time and spend more money than eating street food, because it’s the second largest city in the Indian state of Maharashtra.

Naturally, grocery shopping is always a better choice if you’re the type of tourist that likes to cook, both because of your health and because it’s way cheaper. You can cut half (or even more) the meal budget. Groceries are a bit more expensive here than in many other Indian cities, but there are still many markets where you can find cheap groceries.

Transportation is quite affordable in Pune, but still not as cheap as in Mumbai. The public transport system is badly organized, unreliable and not very well developed in Pune. Most people opt for using their own vehicles. Still, public transport is very cheap, with a monthly pass costing only about 14$.

When it comes to monthly prices of utilities, the cheapest one is definitely the price of one minute of mobile phone services, though the internet isn’t expensive either, costing only 15$ a month. Monthly price of basic utilities, including electricity, heating, cooling and water for a normal-sized apartment, amounts to around 25$.

It’s fitness time! You won’t need to cash out huge amounts of money to spend quality leisure time (or fitness time) in Pune. You can go to a movie for a fairly low price, and if you’re into sports – pay a monthly fee for a fitness club, which is just a bit more than 20$. Of course, an hour of renting a tennis court remains a bit expensive, yet cheaper than in other cities of India.

Like most other things, shopping in Pune is inexpensive, with most basic clothing costing around 30$. Here, you can buy a pair of quality jeans for about 30$, as well as other types of light clothing like shirts and dresses in known chain stores like Zara or H&M for the same amount of money. Of course, sneakers and shoes of known brands like Nike remain more expensive, costing around 50$.

When it comes to renting an apartment, it does depend on the neighborhood where you want to rent. If you’ve got your mind set on the city center, expect the apartment to cost somewhere around 220$. However, keep in mind that there are many charming little apartments just a bit further from the center that will save you a bunch of money – they cost around 140$.

How Does the Average Person Spend Their Money in Pune?

As expected and seen in other Indian cities so far, the biggest bulk of money in Pune is spent by its citizens in markets and supermarkets – where people spend on food for a living.

The second place in the pie chart of money spending in Pune goes to expenses of rent – because you’ve gotta live somewhere, right?

Though people of India use transportation virtually for everything, it is still surprising that transportation is such an important part of their everyday life, so these expenses are third, followed by restaurants and basic utilities because – like it or not, bills have to be paid.

As in other Indian cities, more money is spent on sports and leisure than on shopping for clothes.

With a relatively low minimum wage of just above 150.41$, all the necessary costs for a normal life in Pune can hardly be covered.

Even though the average salary is higher, it is still hard to make ends meet for citizens of Pune.

If you’re planning on visiting Pune for a longer amount of time, count on cashing out at least 700$ a month so that you could live in normal conditions.

The average salary in Pune is about 600$ which makes it possible for the citizens to cover the rent expenses, bills, utilities, food and clothing.

For tourists, Pune will be a very pleasant surprise, however, due to its low prices in comparison to the western countries.

What About Travel Safety in Pune? 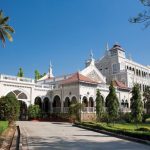 Cost of Living by City in Pune