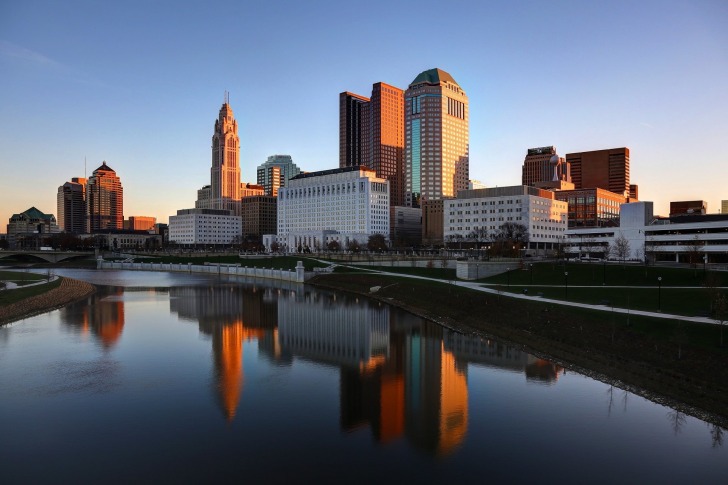 Columbus is the capital of the American state of Ohio and is located centrally within the state in the Mid-Ohio region.

It is an easy city to live in.

Good infrastructure (for the most part) with freeway access just about everywhere and with authorities actively trying to repair some of the damage to the inner neighborhoods caused by the freeways.

There are a few good theaters and frequent concerts.

All the major Broadway shows do come through Columbus, eventually.

They also have opera and classical performances too.

Overall, Columbus is safe to visit if you avoid some parts of the country. Still, exercise caution as petty and violent crimes do exist although they aren't too common.

Transportation is mostly safe in Columbus. You might encounter a reckless driver here and there and pickpockets in trains and bus stations, but no more than in any other city.

Petty theft is the most prominent form of crime in Columbus. This mostly includes pickpockets and shoplifting and theft of laptop computers, phones, and other items from automobiles is a common occurrence.

Ohio is susceptible to natural disasters of all kinds: whether it's floodings, wildfires, tornadoes, tsunamis or heavy snow natural disasters - all these have happened in Ohio and have cost people their homes. However, they're not too common.

Violent crimes are an issue in areas that would not be frequented by tourists either way. Avoid certain areas of the city that are considered dangerous.

Excluding isolated mass shootings, Columbus hasn't been the target of any terrorist attacks recently, but the attacks shouldn't be ruled out. Be aware of your surroundings at all times.

There is the issue of scams in Columbus, but it isn't any bigger of an issue than in any other city. Always negotiate everything in advance, double check your change and never pay anything upfront. Never accept drinks from strange people or leave your drink unattended.

Columbus is safe for female solo travelers. Following basic precaution measures should completely minimize the chances of anything going wrong.

So... How Safe Is Columbus Really?

Columbus is a safe city to visit, but with several neighborhoods that should be avoided.

As for crime, it isn’t too big of an issue for the most part, but it happens from time to time.

Some areas do have a high number of petty crimes like car break-ins and a bank robbery about once a year; however, overall crime is low.

All in all, if you stay away from the football madness and don’t do drugs or hang out where drug dealers are doing business or join a street gang, Columbus is very safe.

There are street gangs in Columbus, the Bloods, and the Crips are the major ones.

Certain parts of Columbus can easily be considered unsafe; it usually works like this: you could walk around a few blocks where crime is extremely high and then a couple of blocks over – you’re perfectly safe.

In general, anywhere within about a five-block radius of the campus is pretty safe.

Everyone living around there is a student and there’s a general feeling of safety, and everything is very well-lit

Grandview and Upper Arlington are more upscale and have great school districts if you have children.

How Does Columbus Compare?