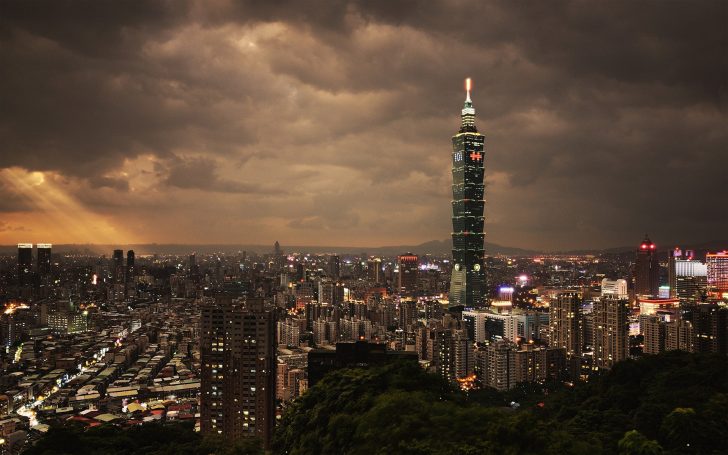 Taiwan - safety as a country

Taiwan’s impressive capital, Taipei, is a city brimming with vibrant culture, entertainment, cuisine (with numerous restaurants offering delicious food that is so cheap that the Japanese often take short trips just to taste it), contemporary clubs and bars and a unique energetic feel to it.

Taipei is located in the northern part of the island in a basin between the Yangming Mountains and the Central Mountains.

Counting as many as 2.6 million inhabitants, it is the fourth largest administrative area of the country of Taiwan.

Being Taiwan’s financial, cultural and governmental centre, it’s no wonder that tourists rush to see its features every year without fail.

Apart from the lovers of vibrant nightlife, and of course, those wishing to learn more about the amazing culture of Taiwan, Taipei is a paradise for the gourmands.

Just walk into any of Taipei’s numerous restaurants with gorgeous food, and you’ll see what it’s like munching on evening snacks in a chaotic environment of this wonderful city.

Taipei is generally safe to travel to, but it's not without its dangers. The only concern is a petty crime on the streets, but if you apply the basic precaution measures, your trip should go smoothly.

Though public transport is mostly safe and reliable, it is filled with pickpockets and petty thieves. Always negotiate everything in advance and never pay upfront. Transportation stations are also risky, as they are known to attract criminals. Bear in mind that Taipei is filled with unlicensed taxi vehicles that don't use meters and might try to rip you off

There is a heightened risk of pickpockets in Taipei since it has huge numbers of visitors a year. Don‘t leave anything valuable in your back pockets and be especially vigilant in crowded places.

As for natural disasters, Taipei has a high risk of earthquakes. There are also risks of typhoons, especially between July to November and tourists are recommended to refrain from visiting the mountains during these periods.

The most common scams are connected with the ATMs. There is the popular scam of someone calling you, impersonating a bank employee or a hotel staff and asking you to confirm your credit card information. There is also the risk of ATM fraud so try and use the machines that are inside.

Taipei is safe for solo women travelers. Just use your common sense and be aware of your surroundings at all times. Avoid wearing purses and do not walk alone or ride in taxis at night.

So... How Safe Is Taipei Really?

Taipei is relatively safe to visit.

Though the rates of violent crime are low by world standards, you are recommended to remain vigilant at all times.

Petty crime rates are low as well, but pickpocketing and bag-snatching do occur, especially in locations frequented by tourists.

The shady, criminal side of Taipei usually happens around barbershops and nightclubs which act as fronts for prostitution.

However, it is easy to differentiate the dodgy ones from real, legitimate businesses.

Real barber shops openly advertise their business and you can see through their windows barbers cutting hair, and if you can’t – that’s the dodgy one.

Women, for example, should be cautious when taking taxis alone late at night and it is even recommended for them to only tell taxi drivers the street name and section, instead of their exact address.

How Does Taipei Compare?